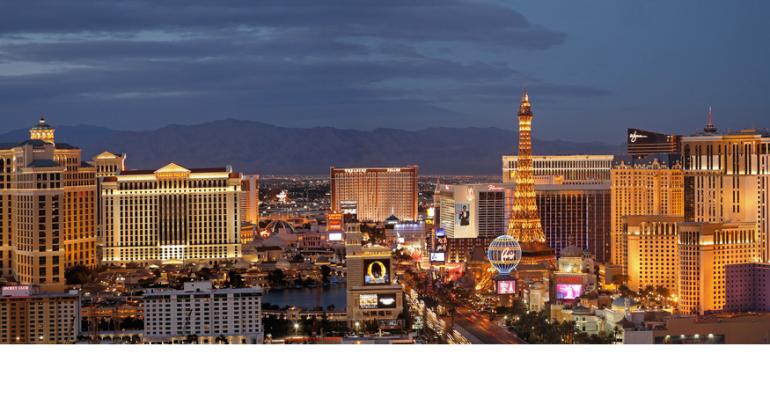 Shows at Caesars and MGM properties are coming back with new seating configurations, and some with new venues.

On the heels of Nevada Governor Steve Sisolak increasing the maximum gathering size for conventions and other events to 1,000 people—provided that no more than 250 people are in a single space at one time—several resorts in Las Vegas have chosen to restart their live-entertainment shows, partly in hopes of luring business events back to the city.

Between October 22 and November 11, Caesars Entertainment will resume four live shows: X Country at Harrah’s, Absinthe at Caesar’s Palace, Piff the Magic Dragon at Flamingo, and Tape Face at Harrah’s. Across MGM Resorts, seven shows will return to stages as of November 6 at three properties: Excalibur, Luxor, and MGM Grand.

Given the requirement that there be no more than 250 people in a single room, some of MGM’s shows are moving from smaller venues in order to accommodate the maximum number of people in a socially distanced manner. For instance, Brad Garrett’s Comedy Club will take to a new stage in MGM Grand’s Studio A and B ballrooms, while the Australian Bee Gees will perform in the Excalibur’s Thunderland Showroom.

During all shows, audience members and service staff must wear masks, while the stages will be a minimum of 25 feet from the audience because performers will not be wearing masks.

Entertainment shows are a differentiating element of the meeting experience in Las Vegas. Mike Massari, chief sales officer for Caesar’s Entertainment, told the Wall Street Journal in mid-October that Nevada’s current restrictions on gathering size, while a step forward from more restrictive rules in place for nearly eight months, are still a competitive disadvantage for the city. “You can keep your group of 1,000 people together [in one room] in many American cities,” he noted.

George Kliavkoff, MGM Resorts’ president of entertainment and sports, added that “our hope is to successfully navigate the reintroduction of these initial shows, and to continue working with state and local officials to bring back even more of the city’s entertainment landscape. Entertainment and events are in our DNA and we are anxious to get back to our roots.”

Meetings and conventions represent between 15 and 20 percent of the room-nights booked annually across Caesars Entertainment and MGM Resorts properties in Las Vegas.