The Strip-trip provider for tens of thousands of convention attendees each year will remain operational—and the deal assists another transportation system too.

Interestingly, the deal now allows other transportation options to emerge on the east side of Las Vegas Boulevard by eliminating the non-compete perimeter around the monorail system. In particular, it clears the way for additional progress on the Boring Company’s underground tunnel, named the Vegas Loop.

The first incarnation of the Loop project is designed to move visitors from various parts of the convention center to the new West Hall expansion, a distance of up to two miles. The 1.4-million-square-foot new hall is due to open in January. But if the initial three-station movement system is successful, it will be expanded beyond the convention center to McCarron International Airport and downtown Las Vegas/Fremont Street District.

The LVCC hosts roughly 20 percent of the 42.1 million meeting and event attendees who come to Las Vegas each year. 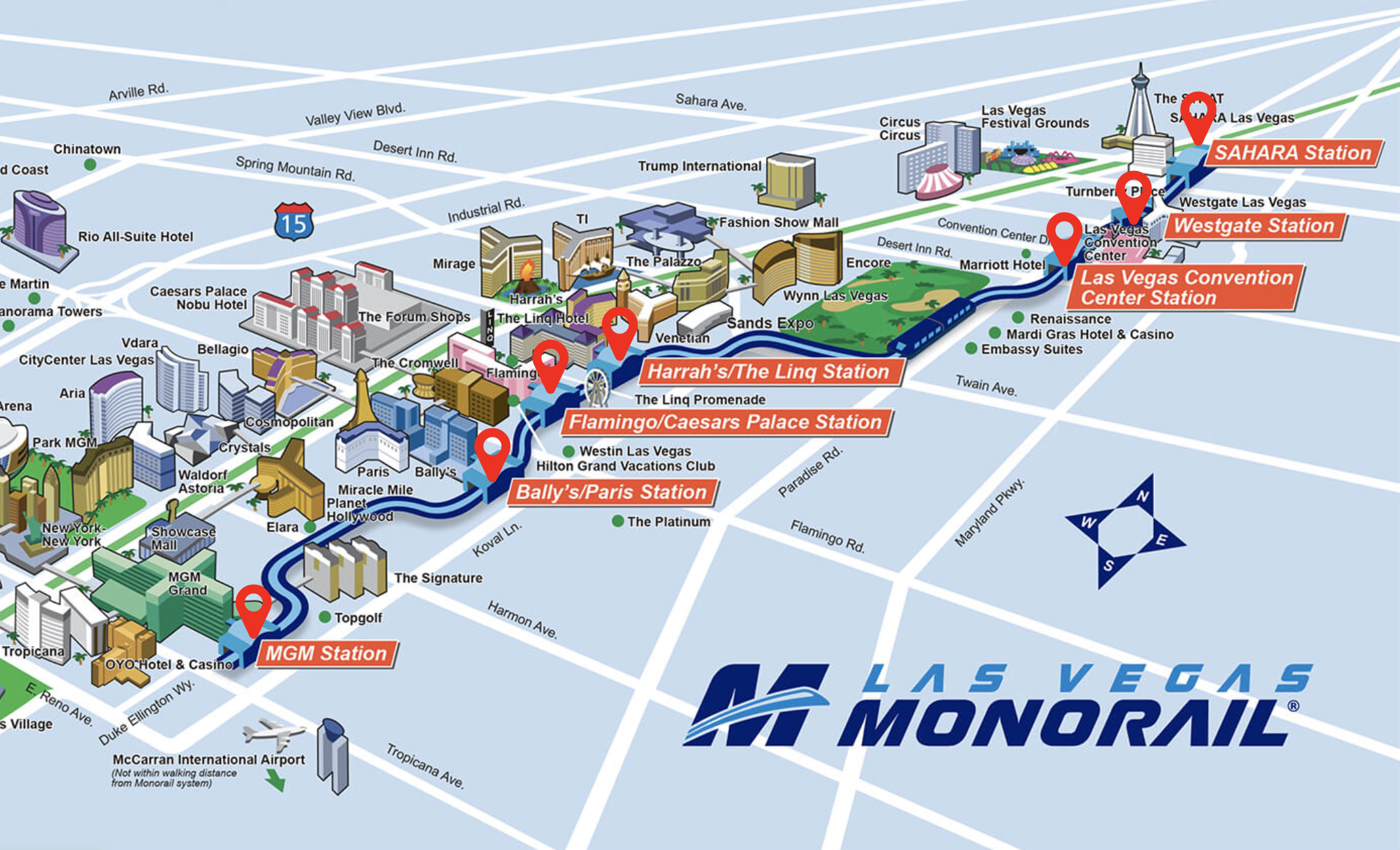