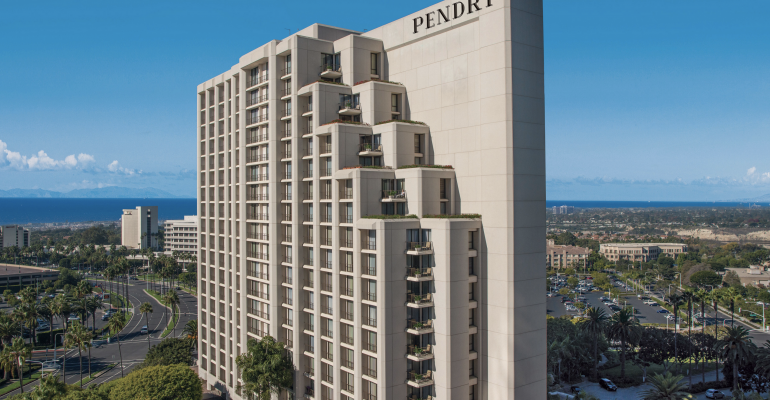 Pendry Newport Beach will be set one mile from the Pacific Ocean, within a shopping and dining district and steps from another meetings-friendly property, a Marriott.

Pendry Hotels & Resorts, a small luxury brand from Montage International that debuted in 2016, has announced plans for transforming the former Fashion Island Hotel in Newport Beach, Calif., into the Pendry Newport Beach. Expected opening date is sometime in the summer of 2023.

Located adjacent to the luxury shopping complex Fashion Island and a short walk from the 532-room Newport Beach Marriott Hotel & Spa, Pendry Newport Beach will offer 213 guest rooms and 82 suites, each with floor-to-ceiling windows that open to step-out private patios or balconies with ocean, harbor, and bay views. It will feature more than 14,000 square feet of meeting and event space, including an 8,710-square-foot ballroom that is divisible.

The hotel will also offer separate restaurant, lounge, and bar outlets as well as an outdoor pool with sundeck and surrounding cabanas. Health and wellness offerings include a 24-hour fitness center plus Spa Pendry, which will have eight treatment rooms and offer a signature health, wellness, beauty, and relaxation program.

Michael Fuerstman, co-founder of Pendry along with Montage International CEO Alan Fuerstman, says the six-year-old brand was derived from “the idea of innovating and elevating what luxury means for the next wave of high-end consumer: incredible service but in a different setting” than traditional high-end properties.