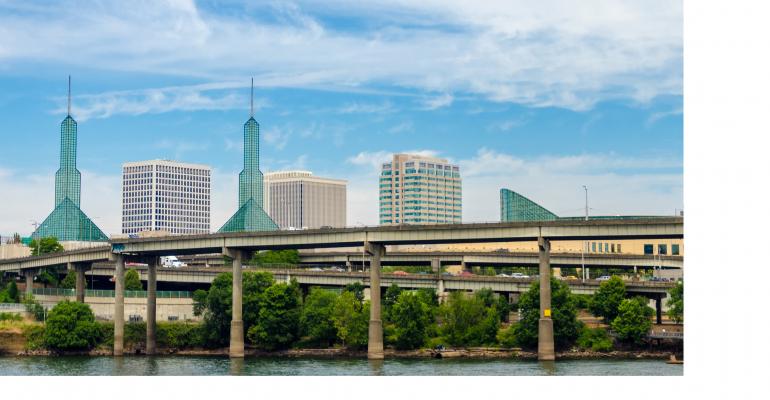 The largest convention center in the Pacific Northwest has announced the completion of a $40 million renovation project just as a new 600-room hotel adjacent to the facility begins accepting reservations.

The 1,000,000-square-foot Oregon Convention Center now has a flexible 22,000-square-foot plaza for outdoor events, while the rest of the 255,000 square feet of exhibit space and 52 meeting rooms have been overhauled to reflect the natural beauty of the area. The facility in Portland, the state’s largest city, has installed lichen-inspired carpets and ceilings designed to evoke a forest canopy. Wi-Fi has been upgraded to handle more than 5,000 connections at a time, revamped floor layouts improve accessibility, and an in-house production team provides AV services.

The adjacent Hyatt Regency Portland at the Oregon Convention Center is now accepting reservations for stays on December 19th and beyond. The new-build hotel has 39,000 square feet of meeting space, including the 11,822-square-foot Regency Ballroom which can host up to 1,200 guests for a reception and a 4,986-square-foot junior ballroom can host up to 500 people. Guest rooms feature views of the river, downtown Portland, or the twin spires of the convention center next door. There are two restaurants: Unity-Q-In, offering Asian and American BBQ, and the Spoke and Fork bar and restaurant, as well as a 24-hour market with snacks and sundries. 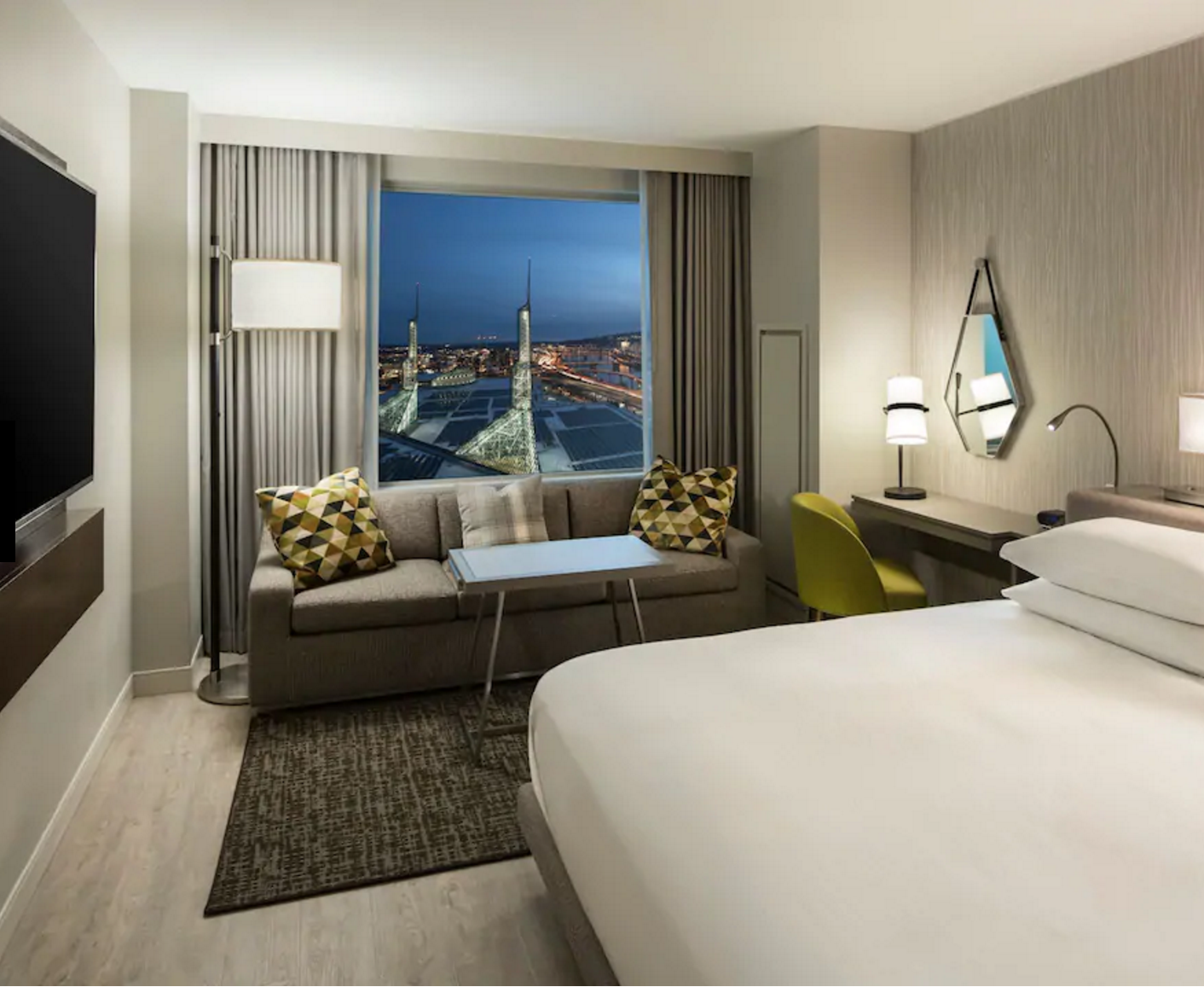