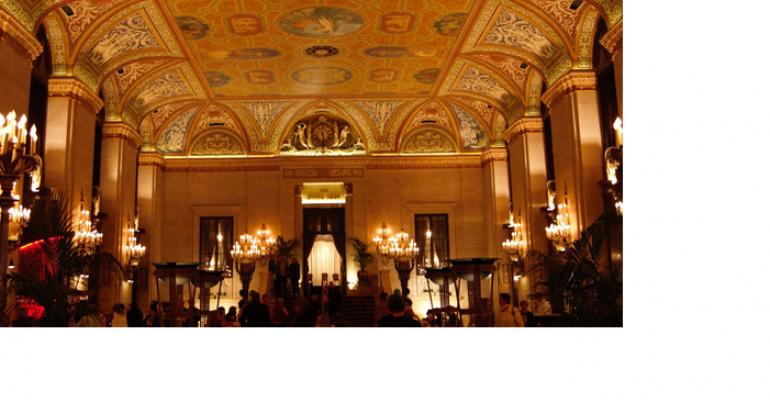 Hilton Times Square’s permanent closing and a foreclosure suit against Palmer House Hilton are the most recent evidence of the hotel industry’s pandemic pain.

News of the hotel industry’s Covid-related challenges has been rolling in almost as long as the pandemic itself. With business and leisure travel at a standstill through the spring and only slightly better this summer, the headline statistic from a report sent to Congress in mid-August was probably not a shock to meeting professionals: 25 percent of hotels are at risk of foreclosure.

Unfortunately, that risk is now becoming the reality.

• The 44-story, 478-room Hilton Times Square, which closed in mid-March as a result of the pandemic, announced this week it will close permanently as of October 1, and 200 workers will lose their jobs.

• In Chicago, a foreclosure suit was filed in late August against the owner of the 1,639-room Palmer House Hilton, which has been closed since early in the pandemic. According to an article in the Chicago Sun Times, Wells Fargo Bank has asked the court to appoint a receiver for hotel operations.

• Other hotel closings that have gone from temporary to permanent status include the Trump International Hotel and Tower in Vancouver at the end of August and Manhattan’s Omni Berkshire Place in July.

In a September 4 article on CNBC.com, Douglas Hercher of hospitality-focused investment banking firm Robert Douglas said that in New York City, “many hotels will definitely close, particularly those that originally were conversions from residential to hotel and are located in more residential neighborhoods” because they are often easy to convert back into apartments. However, purpose-built hotels like the Hilton Times Square are harder to convert and are not located in traditional residential neighborhoods. In those instances, "it’s pretty clear that owners are playing hardball with the unions and will reopen, though maybe under new ownership, if they can get meaningful concessions," he added. And recent data shows that hotel delinquencies are rising significantly in Houston, Los Angeles, and Chicago too.

While not a permanent closing, the recent announcement that Navy Pier in Chicago will close September 8 until spring 2021 is another red flag for tourism and event professionals. According this report from HVS, Navy Pier, home to restaurants, a live theater, and other entertainment venues, will be shuttered for a total of 200 days in 2020, resulting in a deficit of $20 million. In a typical year, guests spend nearly $200 million at Navy Pier and generate more than $7 million in taxes for the state.

An August 31 report from the American Hotel & Lodging Association, State of the Hotel Industry Analysis: Covid-19 Six Months Later, further describes the pain that hotels and resorts are facing. It includes these two alarming statistics: Four out of 10 hotel employees are still laid off or furloughed, and almost two-thirds of hotels are at or below 50 percent occupancy.