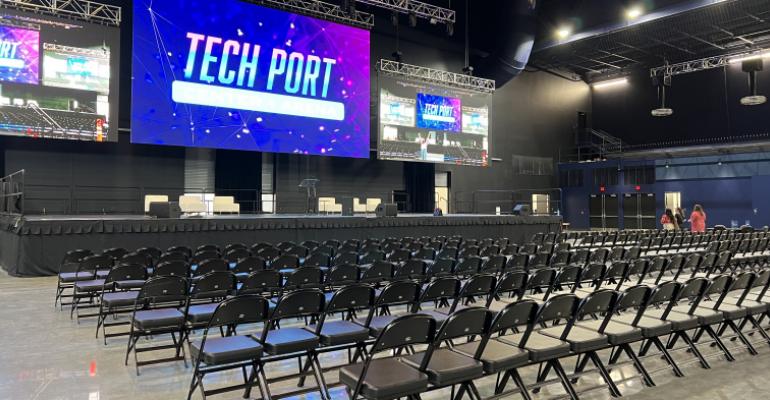 Tech Port Opens for Meetings and Entertainment in San Antonio

Outside of the city, a new conference and entertainment venue comes to an industrial neighborhood packed with some of the leading names in aerospace development.

The Tech Port Center and Arena opened this spring in Port San Antonio, a former U.S. Air Force base on the southwest side of the Texas city that’s home to Boeing, Lockheed Martin, DeLorean, and other aerospace, defense, and high-tech companies.

The $70 million, 130,000-square-foot facility offers a high-end surround-sound system; a 22-foot high, 60-foot-wide LED wall, and lighting to support live entertainment shows—the rock band Smashing Pumpkins was the debut act in early May—but it’s also aiming for the meetings and events market. In late April, the San Antonio Chamber of Commerce held its first in-person State of the City address in two years at the venue (photo below). 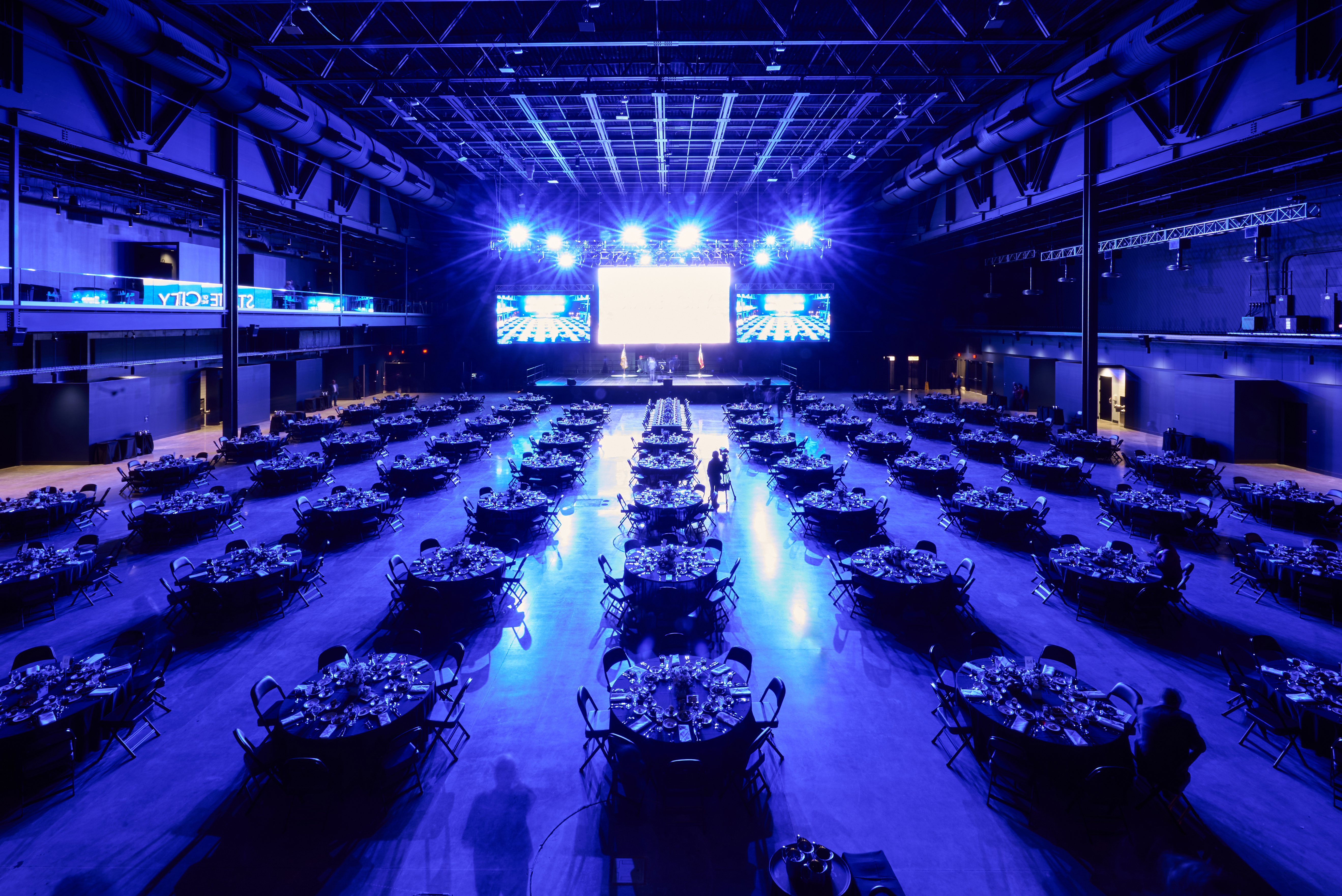 The facility can host more than 3,300 for concerts, conventions, and e-sports events in the main arena. It also offers meeting rooms, a networked gaming center open to the community, a food hall, a broadcast studio, and a large space that will eventually house the San Antonio Museum of Science and Technology.

Tech Port is eight and a half miles from the Henry B. Gonzalez Convention Center on the San Antonio Riverwalk, a 15-minute drive, and about 16 miles to the San Antonio International Airport, located north of the city.