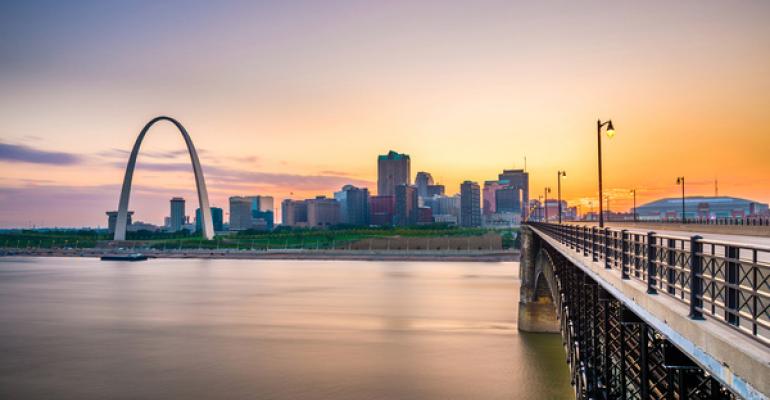 While phase one of a major expansion of America’s Center is on track, there’s a funding shortfall for phase two.

The event kicked off phase one of the expansion, which will add 72,000 square feet of exhibit space in Hall 4, double the number of loading docks, and make a new entrance to the facility.

A second phase is equally ambitious, including a 65,000-square-foot ballroom and a public plaza. But according to a December 20 article in the St. Louis Post Dispatch, a funding shortfall puts that second phase of the project in danger.

The report quotes Ratcliffe during a recent meeting of the St. Louis Municipal Finance Corp., explaining that phase one used money earmarked for the second phase of the project due to rising construction costs and high inflation. “We have funds to complete [phase one] and will be able to complete it, but it ate into funds for project two,” Ratcliffe said.

While the phase two is far from dead, the article notes that “the funding shortfall could set up another battle with St. Louis County over how to pay for the expansion. A spokesman for St. Louis County Executive Sam Page said the county has no plans to contribute more to the convention center, a project whose initial price tag the city and county planned to split 50-50.”

One source of funding is a share of the $790 million legal settlement reached in November 2021 between St. Louis and the National Football League after the Rams football team moved from St. Louis to Los Angeles. From the settlement, $30 million was earmarked for the convention center expansion.

At the meeting with the Municipal Finance Corp. board, Ratcliffe also noted that the visitors commission had applied for a $1 million grant from the state of Missouri to use toward the expansion’s park.