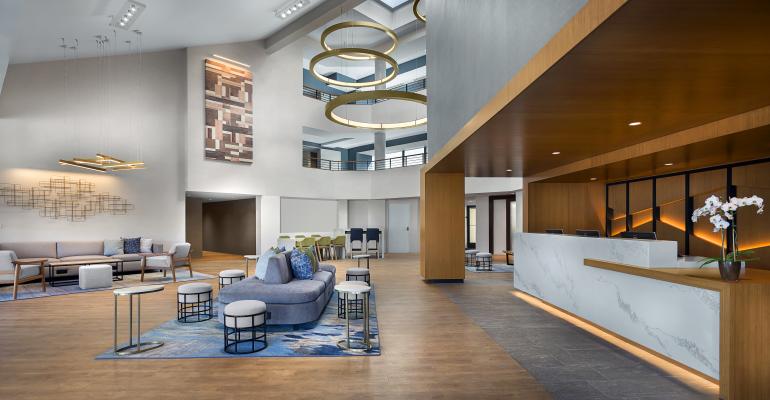 In the works are an events center in Milpitas and a four-month renovation in San Francisco.

Sonesta Silicon Valley has several enhancements in the works. The most compelling one for meeting professionals is a new 6,600-square-foot event center opening in December. The addition to the 236-room property will include three meeting spaces, the largest of which will be the 4,426-square-foot Cypress Ballroom, divisible into three. This new space will augment a 12-person boardroom and restaurants that can be used for gatherings. The new spaces will be equipped with drop-down screens and wireless high-speed Internet connectivity, and include prefunction space with lounge seating that can be used for networking or collaboration.

The Milpitas property is also updating public spaces and guest rooms, and expects to soon open its new restaurant, Manzanita, which will offer a Latin-Asian fusion cuisine. It’s located 40 miles south of San Francisco, five miles from the San Jose International Airport, and close to many high-tech Silicon Valley companies, including the Cisco Systems headquarters less than three miles away. Formerly the Beverly Heritage Hotel, the property reflagged as a Sonesta in December 2016, the first West Coast hotel for the chain.

Sonesta added the Clift Royal Sonesta Hotel to its portfolio in May 2018, and the property will close this month for renovations. It plans to reopen in January 2020 with updates to its 372 guest rooms as well as its lobby, restaurant, and function space. The stylish luxury property is close to Union Square and offers 12,000 square feet of event space.