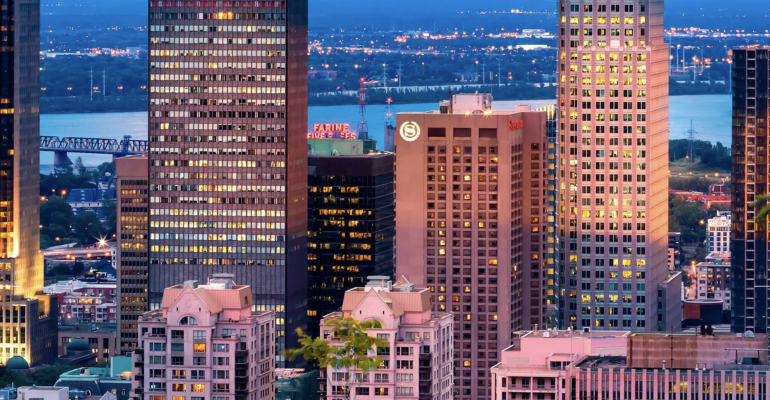 Hotels in Toronto and Montreal have gotten the updated space design and aesthetic treatment that is central to Sheraton’s new brand image.

As the most global of Marriott International’s many hotel brands, Sheraton faced a big project in modernizing its properties to make them more suited to today’s business and leisure travelers. But the mission that started with the Sheraton Phoenix Downtown last year continues with two Toronto hotels and one Montreal hotel, showcasing Sheraton’s new designs and amenities. 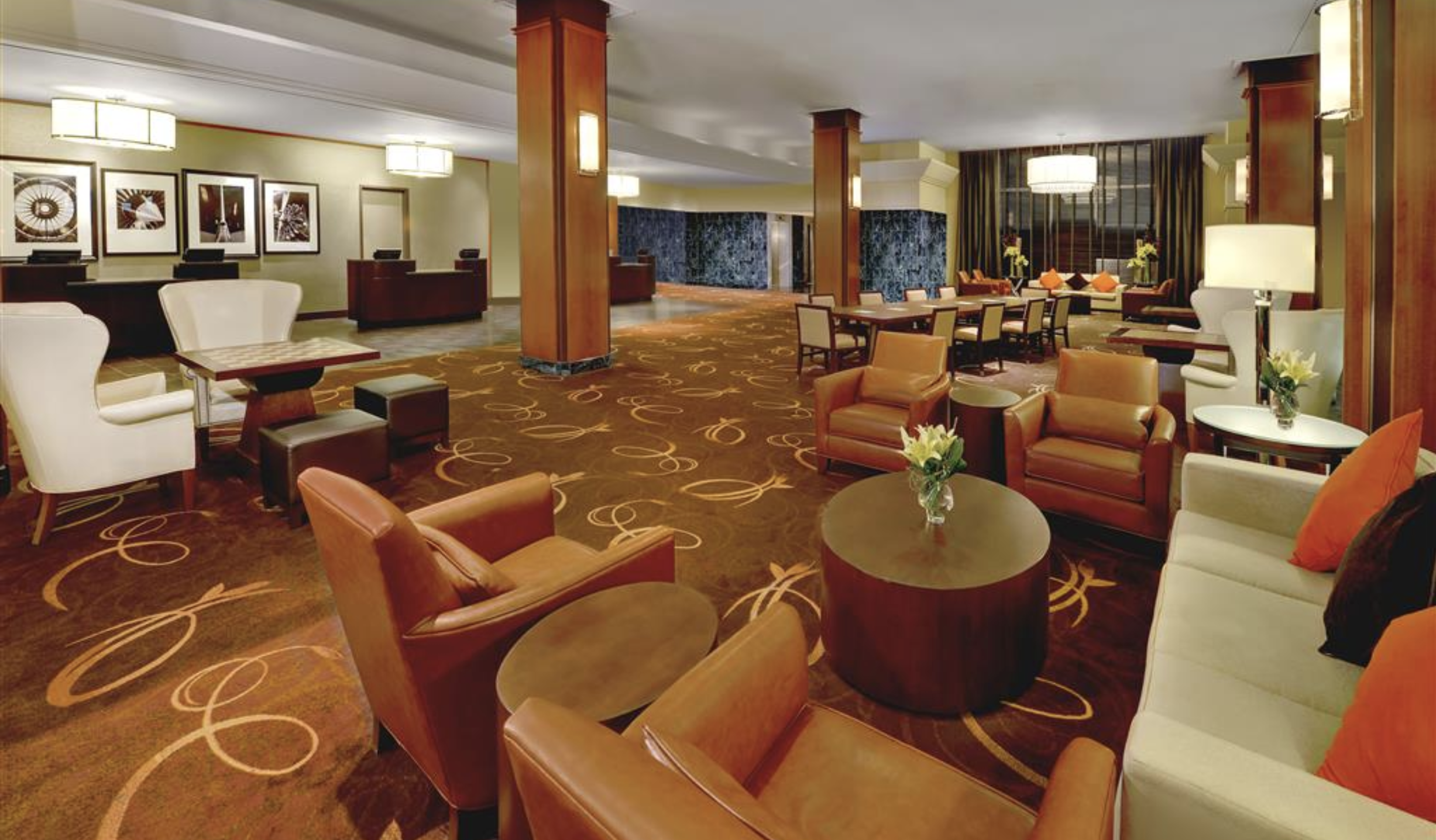 Downtown Toronto
In the downtown district, Sheraton Centre Toronto Hotel has been reimagined with renovations and enhancements that are the most extensive in its 50-year history. As part of the first phase, the 135,000 square feet of meeting space across 63 rooms was updated, as was the Sheraton Club on the 43rd floor, getting both a new look and service style. That 15,000-square-foot gathering space has updated food and beverage offerings, enhanced internet connectivity, and 24/7 access that can benefit small meeting groups.

The second phase introduced two new food and beverage outlets, including Dual Citizen, a coffeehouse-style grab-and-go market during the day that transitions to a lobby bar in the evening. Also, 43 Down is designed to be a departure from the traditional hotel restaurant with its beverage-forward concept; the staff focuses on handcrafted cocktails. Offering locally inspired flavors from Toronto’s diverse culinary scene for its menu, 43 Down can also acts as an informal gathering space. 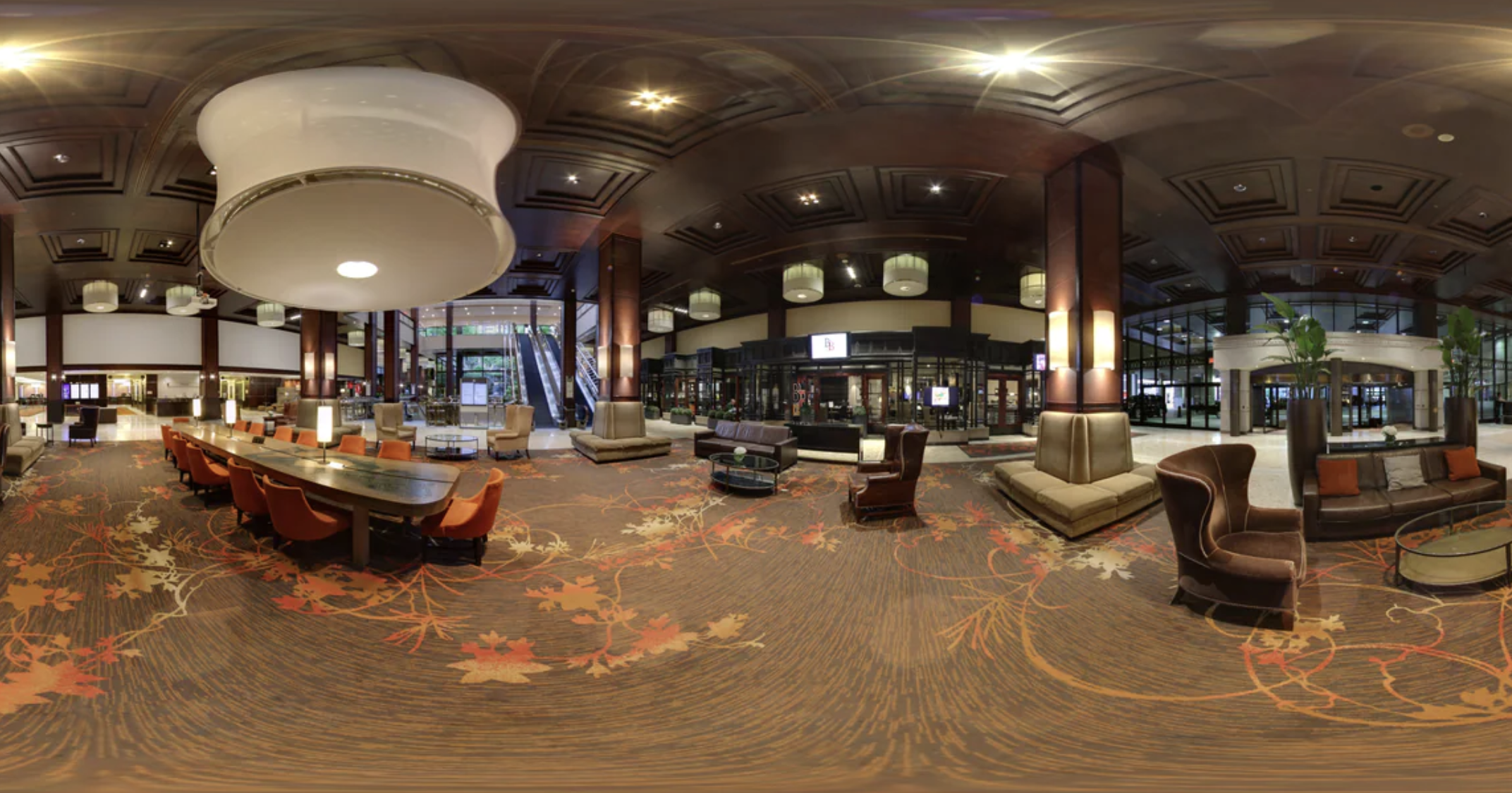 The final phase of the renovation is coming by end of May with the unveiling of public spaces and amenities that foster community-building and productivity. Like the airport property, the downtown property will have Community Tables, tech-enabled small-meeting studios, and sound-proofed two-person booths along with purpose-built workspaces in the newly expanded lobby. An indoor/outdoor heated pool is slated to re-open by summer.

With 83,560 square feet of refurbished meeting space across 40 rooms, the property also has a revamped Sheraton Club on the 37th floor featuring panoramic views and complimentary breakfast, evening appetizers, and a selection of refreshments.

Centrally located between the city’s business district and its dining/entertainment district, the hotel is within two blocks of five upscale restaurants. It also has a sixth-floor terrace for receptions, plus an indoor lap pool, jacuzzi, spa, and 24-hour fitness center.

These three refurbished hotels join the Sheraton Laval Hotel on Montreal’s north side as being among the six Canadian Sheratons that will be transformed by end of 2023.