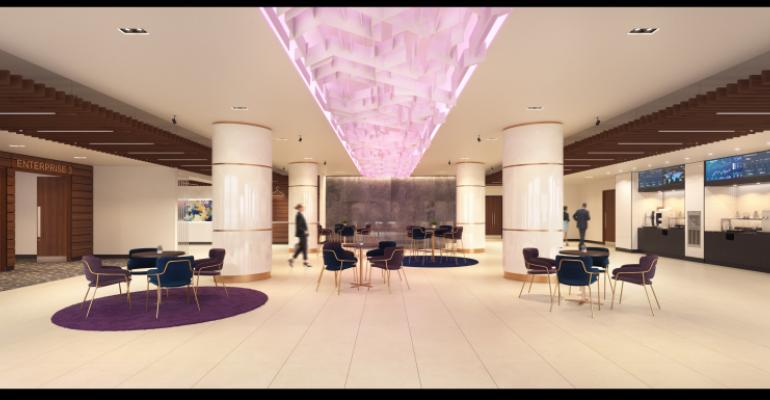 Convene and etc.venues ramp up the day-use market.

Dedicated non-hotel meeting venues are on a roll. Just as Convene announced the opening of its 30th property in the U.S., U.K.-based etc.venues has released details on its first U.S. property.

Etc.venues has 15 locations open or under development in London, as well as one venue each in Birmingham and Manchester. The company will open its first non-U.K. property late this year in New York City at 360 Madison Ave., between 45th Street and 46th Street.  Plans are for a 45,000-square-foot venue with 10 rooms across two floors. According to the company, two additional New York City locations are in the pipeline.

At Convene, which has focused its brand around stylish venues with all-inclusive services and a strong tech focus (for example, standard 1 GB-per-second Wi-Fi and table-top outlets for attendees' devices), it seems like there’s a new opening every quarter. But that is understating the pace in the last couple of years: There were 12 locations in summer 2017; the 20th was announced in September 2018; and its 23d venue will celebrate its grand opening at the end of May. The new location at Manhattan’s One Liberty Plaza (see photo, above) in the downtown financial district is the brand’s largest, with 30,000 square feet of meeting space and capacity for 352 people. Another new opening is at 605 Third Avenue, with 28,000 square feet of mixed-use space within a short walk of Grand Central Station.

Like etc.venues, Convene is also working on expanding internationally. The company expects to open a London property in 2020.