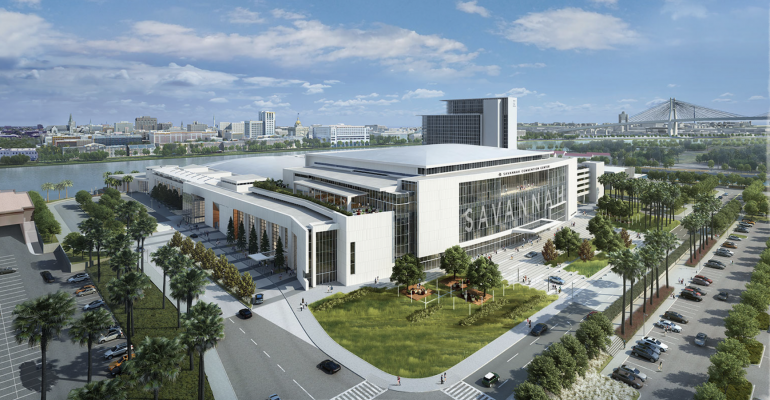 The $271-million project is expected to move the center’s ranking from 151st largest in the nation to 72nd.

The $271-million plan will bring the exhibit hall to 200,000 square feet of space with a 58-foot-wide hangar-style door made of glass; add a 40,000 square-foot ballroom (image below) plus 15 more breakout rooms; and create a 900-space on-site parking garage. The project is expected to be completed by September 2023. 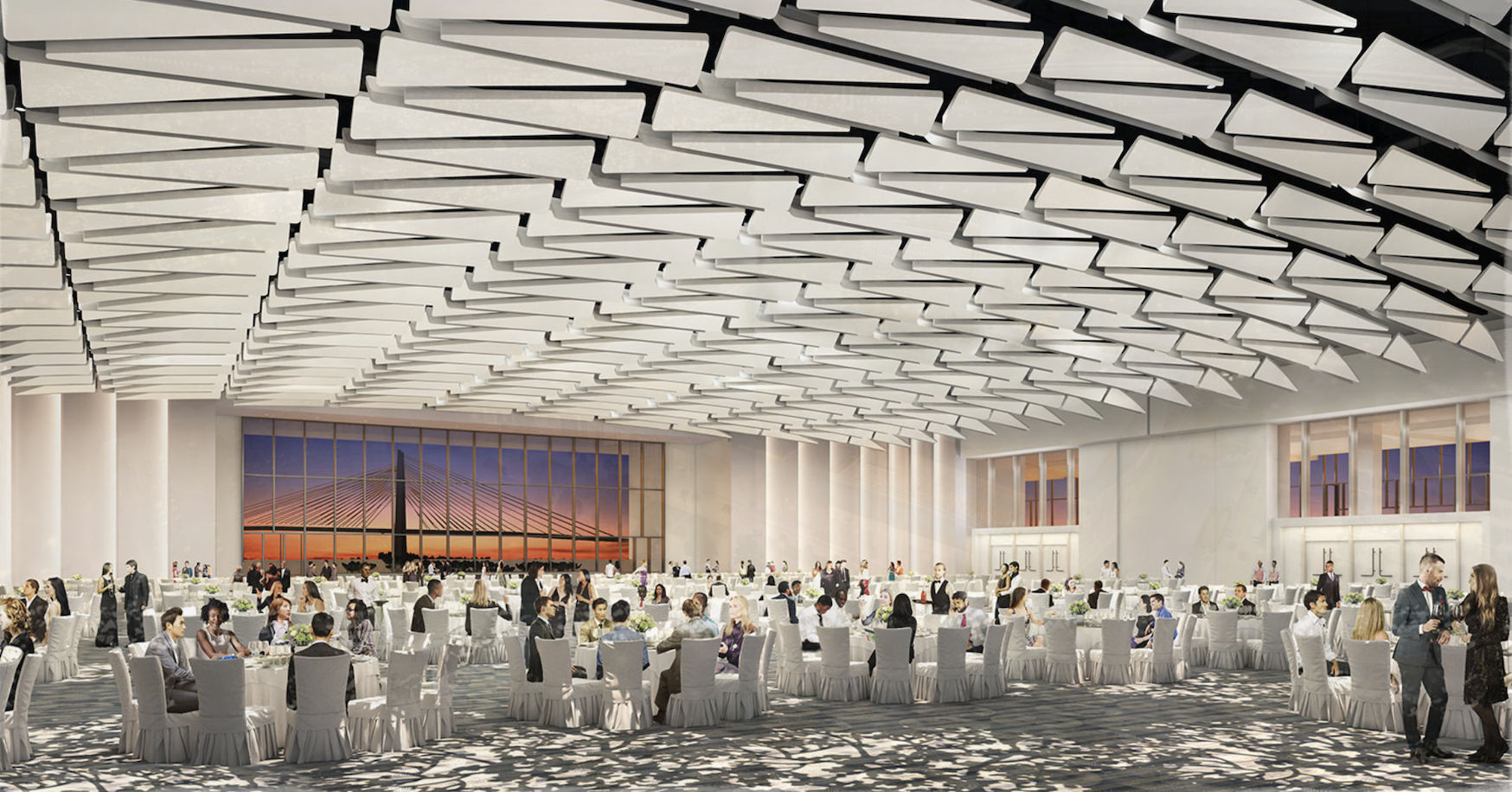 The facility first opened in 2000, and “a lot of our current customers say their events are going to grow, and if we didn’t expand then they’d have to go to another city,” said Sherrie Spinks, general manager of the Savannah Convention Center. “An expansion was actually contemplated when the facility was originally built, so it was always planned that we’d expand the building into the north parking lot and double the size of the venue.”

Thursday through Sunday are Savannah’s busiest days for out-of-town visitors, but Marinelli expects that the expansion will even out the demand. “Having a bigger center will definitely help us Sunday through Wednesday.” There are 12,000 committable hotel rooms in the city.

For project funding, $70 million was issued by the state legislature in 2020, $91 million more is expected during the present legislative session, and another $90 million should come in 2022.

Virginia Beach Gets a Meetings-Friendly Delta by Marriott
Apr 05, 2021