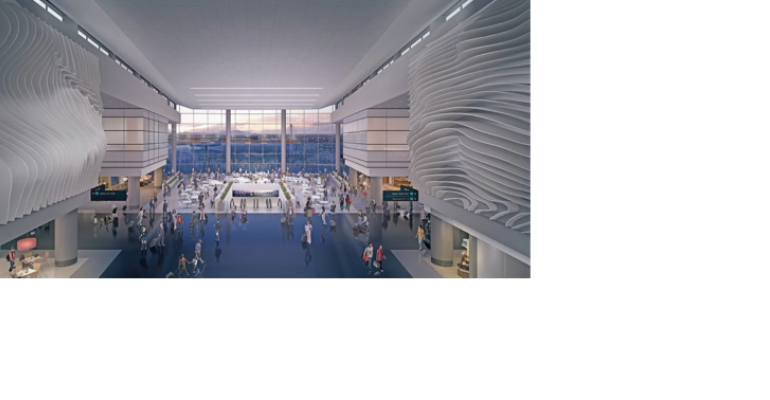 Now open, the bigger, greener facility has a light-rail connection to downtown.

Dubbed “the first hub airport built in the 21st century,” Salt Lake City International Airport debuted on September 15 the first of two phases that make it an all-new facility.

Set on the same site as the original airport, the new SLC International can accommodate up to 26 million passengers a year in a new main terminal featuring two linear concourses connected by a passenger tunnel; these replace the five concourses that were 50 years old.

The terminal building was designed to environmental standards that are expected to result in a LEED Gold certification from the U.S. Green Building Council. A "Roadmap to Net Zero" is also in development, which provides a plan for how the facility can ultimately generate as much power as it uses.

A new Utah Transit Authority TRAX light-rail station at the terminal will let passengers get downtown in less than 30 minutes. A new parking garage has 3,600 parking stalls, twice the previous number, and all rental-car facilities will remain on site.

Once fully open in 2024, the new central terminal at SLC will have a total of four million square feet of new space plus a baggage system stretching six miles in length. The terminal has 45-foot floor-to-ceiling glass walls offering panoramic views of the nearby Wasatch Mountains. Dining options include existing eateries such as Market Street Grill, Cafe Rio, Smashburger, and Squatters as well as newcomers like Fillings & Emulsions, Granato’s, Pago, Panera Bread, Silver Diner, and Shake Shack. All restaurants will be open for breakfast. As for retail, there will be 29 stores opening in the first phase, including Coach, Frye, King’s English, Hip & Humble, and MAC. 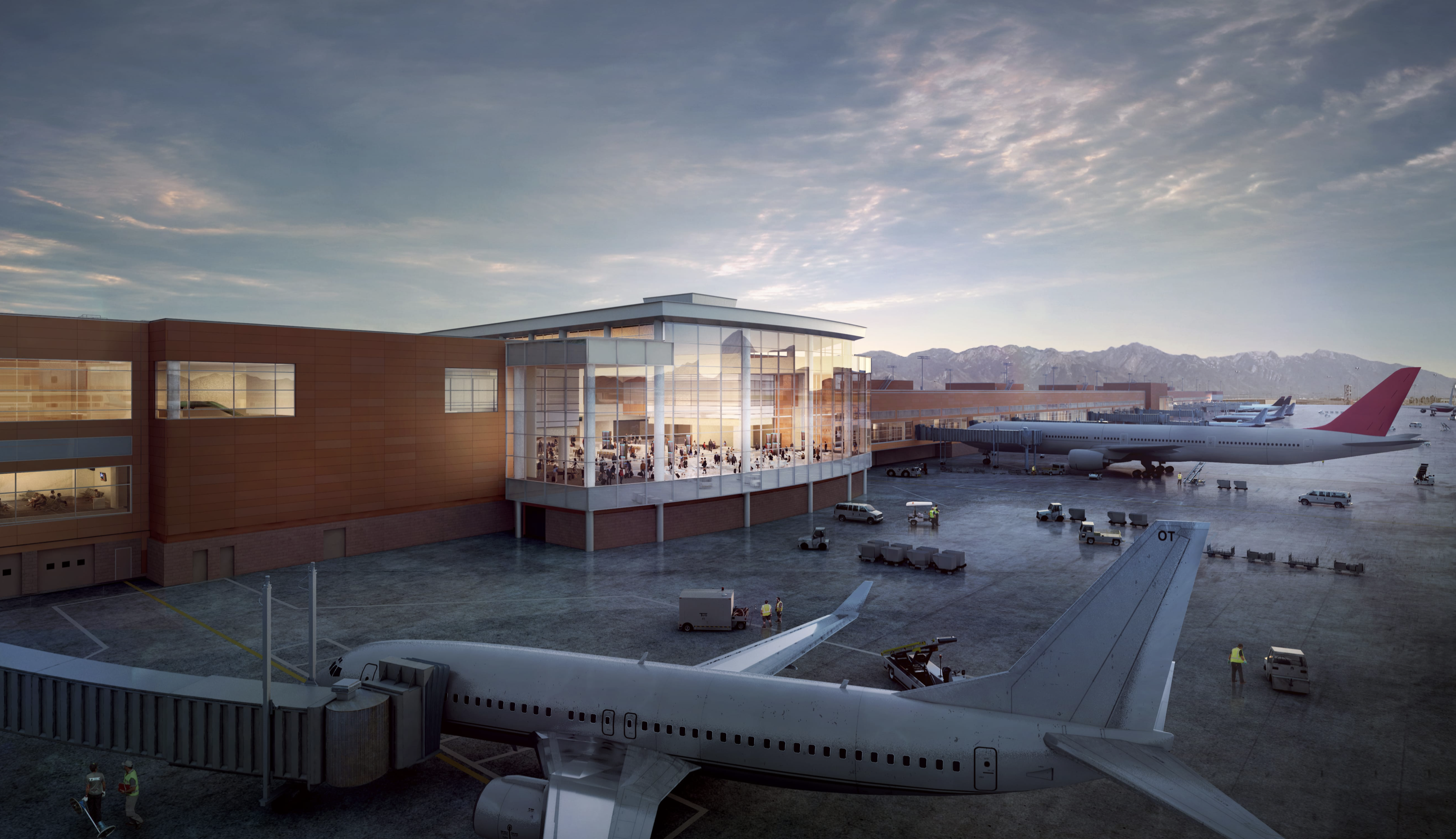 “From the skin on the building to the art that has been selected to the massive terrazzo floors, there has been extraordinary attention paid to making sure that people know they are in Salt Lake when they land here,” says Bill Wyatt, executive director of airports for Salt Lake City.

The second phase of the new airport due in 2024 will open the 26 gates in the eastern half of the new concourses.