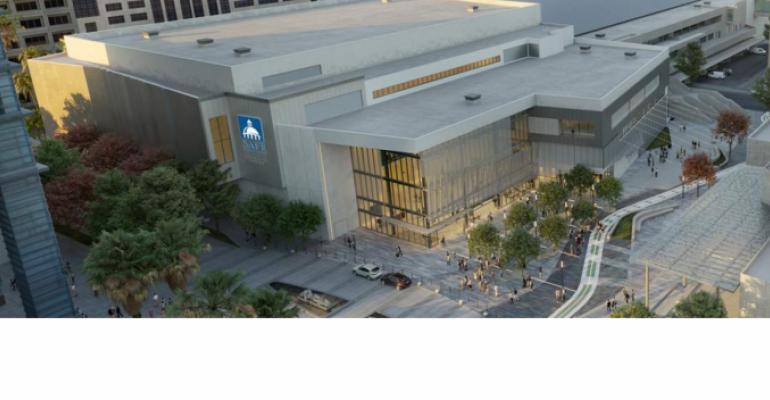 A renovation and expansion puts the capital’s largest venue in a strong position for a post-pandemic rebound.

Just a few blocks from the California State Capitol building in Sacramento, the SAFE Credit Union Convention Center is on its way to a February opening of its expansion and renovation.

The center is adjacent to the SAFE Credit Union Performing Arts Center (also under renovation) and Memorial Auditorium, creating a trio of event spaces in the downtown area next to California State Capitol Park.

The two closest hotels to the convention center are the Sheraton Grand Sacramento and the Hyatt Regency Sacramento, while the luxury Sawyer Kimpton hotel opened less than a mile away in 2017 next door to the city’s new solar-powered sports arena, the Golden 1 Center.

SAFE Credit Union Convention Center is 11 miles from Sacramento International Airport and less than a two-hour drive from San Francisco.