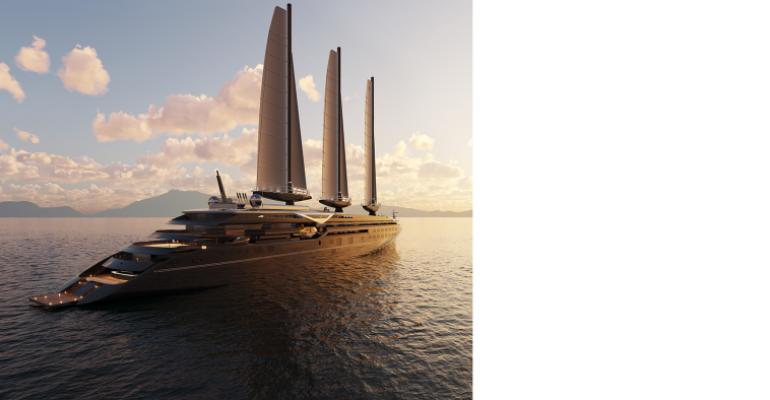 A Ringer for High-End Incentive Travel

For an incentive program hoping to motivate the well-traveled and hard to impress, how about offering top producers a trip on the largest sailing ship in the world?

The luxury Accor brand Orient Express has announced a partnership with shipbuilding company Chantiers de l'Atlantique, to produce a 721-foot-long sailing yacht powered by a “solid-sail” wind-propulsion system. Under the right conditions, the three sails will be able to fully power the ship. However, if conditions aren’t quite right, there’s an engine that runs on environmentally-friendly liquefied natural gas.

The ship, Orient Express Silenseas, is scheduled to begin sailing in 2026 with 54 suites measuring, on average, 750 square feet. Plans also call for a 15,230-square-foot Presidential Suite that includes a 5,700-square-foot terrace.

Amenities on the yacht will include two swimming pools, two restaurants, a speakeasy bar, and an amphitheater. Spa treatments will be available, and the onboard recording studio could be a plus for musical guests.

No itineraries have been released yet. However, the announcement says the ship is “Inspired by the Golden Age of the French Riviera, … when writers, artists, painters, princesses, and movie stars spent time between Monte-Carlo, the beaches of Saint-Tropez, Cap d'Antibes, Cannes, and its famous Croisette.”