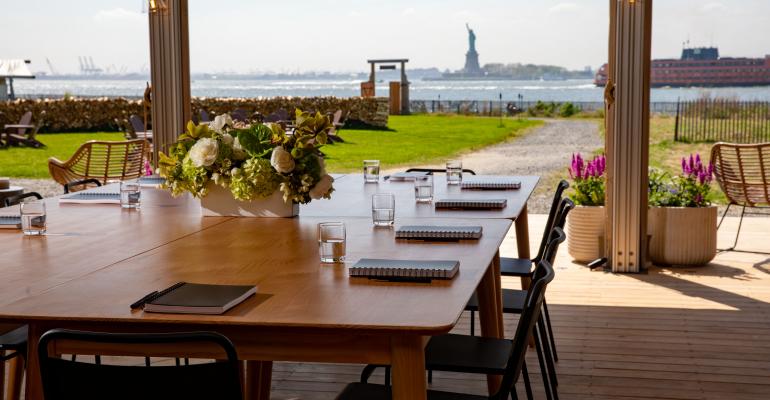 A new get-away-from-it-all off-site location is just 10 minutes from lower Manhattan by boat.

Collective Retreats has added a new meeting and event venue to its outpost on New York City’s Governors Island. Just a 10-minute ferry ride from lower Manhattan, the luxury camping property now has a pavilion that can accommodate 70 people for a special event.

The waterfront setting of the new 950-square-foot pavilion offers views of the Statue of Liberty, New York Harbor, and the Manhattan skyline. The climate-controlled, indoor-outdoor building complements existing venues, including Three Peaks Lodge and a dining tent, for a total of 2,500 square feet of space for meetings, retreats, and banquets. 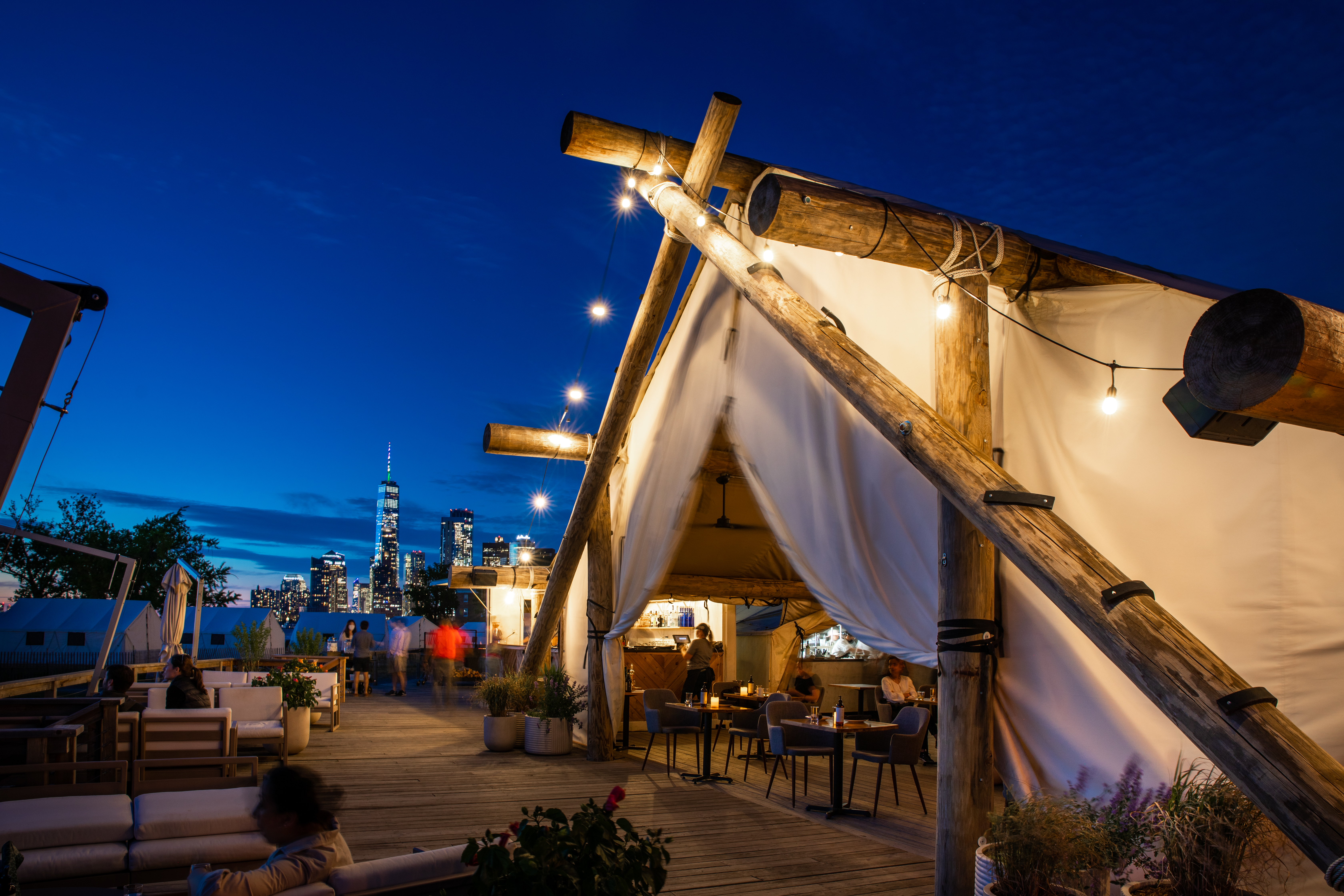 Collective Retreats is on the west side of the car-free 173-acre island, which is protected in part as a national monument by the National Park Service. The island boasts two centuries of military history—originally as a colonial militia base, later as headquarters of the U.S. First Army during World War II, and most recently as a major Coast Guard station. In 1996, Governors was returned to civilian use, and now has public bike paths, ball fields, and historic buildings to explore. 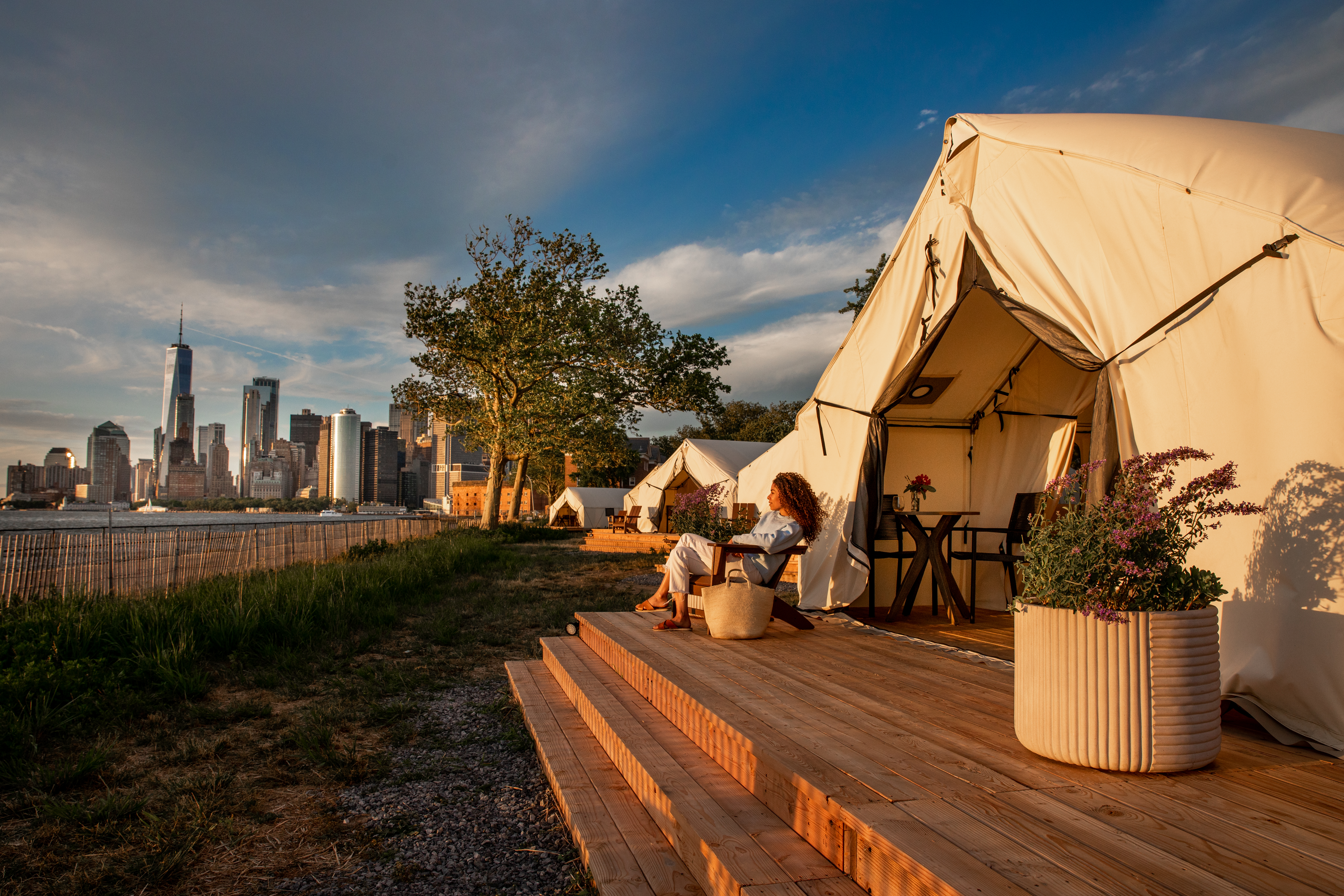 While the pavilion can be rented for day-use, overnight accommodations are available. Governors Island Collective Retreat has 14 high-end tents with en-suite bathrooms and 22 smaller, 200-square-foot tents with shared restrooms.

Collective Retreats also operates luxury camping properties in Wolcott, Colo., near Vail, and in Texas Hill Country, near Wimberly. Plans are in the works for locations in Sonoma, Calif., Big Sky, Mont., and elsewhere.