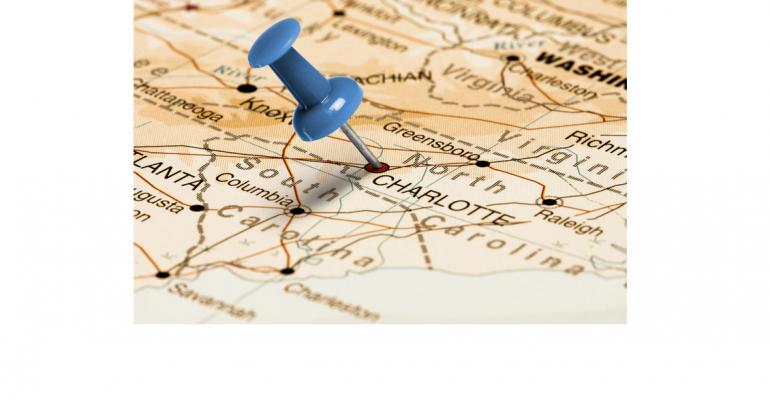 After hosting the Dems in 2012, Charlotte, N.C., will be the site of the Republican National Convention in 2020.

Late last week, Charlotte, N.C., was named as the host city for the 2020 Republican National Convention over a bid from the Nevada Republican Party, which wanted to bring the event to Las Vegas. (The NRP didn’t have support from the Las Vegas Convention and Visitors Authority or city government.) The exact date of the convention has not been set.

Charlotte may not have had much competition, but even so, North Carolina’s largest city had experience on its side. As host city for the Democratic National Convention in 2012, it has a first-hand understanding of the high-profile security concerns and thousands of members of the media that a political circus is sure to bring to town.

With expectations of a contentious and divisive convention, the Charlotte City Council’s make-or-break vote to support the event was close (6-5), with supporters successfully arguing that hosting the Republican National Convention would boost Charlotte’s image and help the local economy.

Numbers from past conferences tend to bear out the latter. The Host Committee that brought the Republicans to Cleveland in 2016 reported $101.1 million in direct spending and $188.4 million in economic impact to a seven-county region (Cuyahoga, Lake, Geauga, Lorain, Summit, Medina, and Erie) as a result of the convention, including 10.2 million in state and local taxes. The area’s hotels averaged 88 percent occupancy (99 percent in downtown Cleveland) and hotels nearly doubled their average rates in 2016 over 2015. The Cleveland Host Committee also documented positive exposure for the city and how infrastructure investments brought in new convention groups.

Next Up
On the other side of the aisle, the Democrats have named Milwaukee, Houston, and Miami Beach as the three semifinalists for the 2020 Democratic National Convention, July 13-16. Eight cities bid for the group, with Atlanta; Birmingham, Ala.; Denver; New York; and San Francisco no longer in the running. A decision on the DNC location is not expected until later this year.