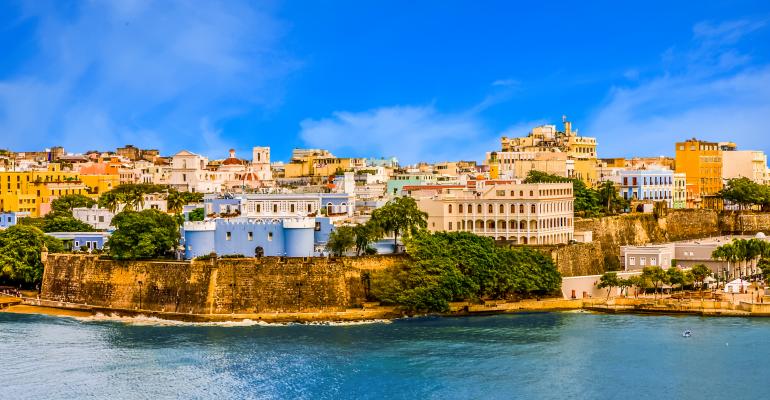 Investment in the island is designed to lure meeting planners back to the destination (and new offers also sweeten the deal).

At the Puerto Rico press conference at IMEX America 2018, Brad Dean, CEO of Discover Puerto Rico, told the audience, “There has never been a better time to consider Puerto Rico.”

Despite the devastation of Hurricane Maria in September 2017, the island is making a comeback. Dean asked, “Who would have imagined one year ago we would be so excited about where we are now, and where we are headed in the future?”

One huge future commitment that Dean unveiled is a new, five-acre entertainment and hospitality neighborhood planned for the island’s capital city. The District San Juan will open next year and feature The Pavilion, a 6,000-attendee live entertainment venue, a new 24-hour nightclub, and an entertainment studio for live broadcasts of events. A pedestrian mall will offer retail and dining options including a rum micro-brewery.

Dean also reassured meeting planners considering the destination that the island is recovering quickly. He confirmed that 100 percent of Puerto Ricans have electricity again and 99 percent have water service, and the infrastructure of the island is not just being repaired but is being upgraded with an enhanced electrical grid and increased building resiliency at the airport and convention center.

Ed Carey, chief sales officer of Discover Puerto Rico, said, “We want to remove any apprehension a planner may have,” about choosing Puerto Rico, and he detailed three offers that should make the destination attractive to events in the next six months:

·      A two percent credit will be awarded to the master account for group bookings on the island confirmed before the end of the year.

·      Two airfares per organization will be comped by Discover Puerto Rico for site visits that result in a booking before the end of March 31, 2019.

·      Events booked before the end of March will have a 20 percent allowable attrition rate up to seven days before a planned conference.

Puerto Rico has committed to a $1.9 billion investment in tourism and hospitality, which has so far resulted in 2,900 new jobs.

Some more statistics from Puerto Rico’s comeback shared during the press conference:

·      There are 110 daily flights from 20 airlines serving Puerto Rico, with the most flights from JetBlue and American Airlines, and no passports or visa are necessary for Americans.

·      Almost 190 visitor experiences are available, including 13 golf courses, 16 casinos, and the longest zipline in the Americas