Puerto Rico Is Back in Business 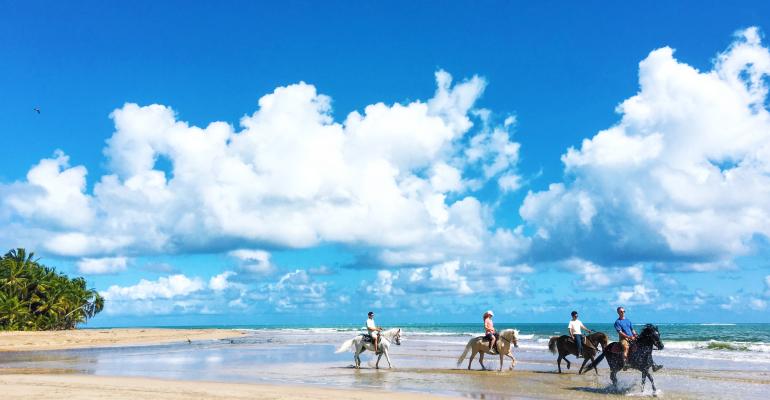 This month marks two years since Puerto Rico was devastated by Hurricane Maria, but the U.S. territory has come back from the disaster stronger than ever, evidenced by information delivered at a press conference during the recent IMEX America show in Las Vegas. Brad Dean, CEO of Discover Puerto Rico, the three islands' new destination marketing organization, announced record-breaking meetings and tourism numbers at the event and dropped some influential names of those helping to highlight the recovery process.

Lin-Manuel Miranda, the Broadway legend, performed his show sold-out show Hamilton in San Juan for three weeks, and comedian and late-night star Jimmy Kimmel recently chose Puerto Rico to host his only destination shows. Dean walked the audience through a few impressive statistics and even more impressive predictions for bookings that the destination is seeing. He reported that spending on lodging from January to April of this year reached $373.6 million, the highest in eight years and an increase of 12.4 percent over the same period before Hurricane Maria hit in 2017. He added that hotel bookings during the rest of 2019 are on track to be better than 2018. The gallery that follows presents meeting- and incentive-relevant information supporting that claim.

Dean closed his presentation by saying, “The best days of travel and tourism lie before us, not behind us.”