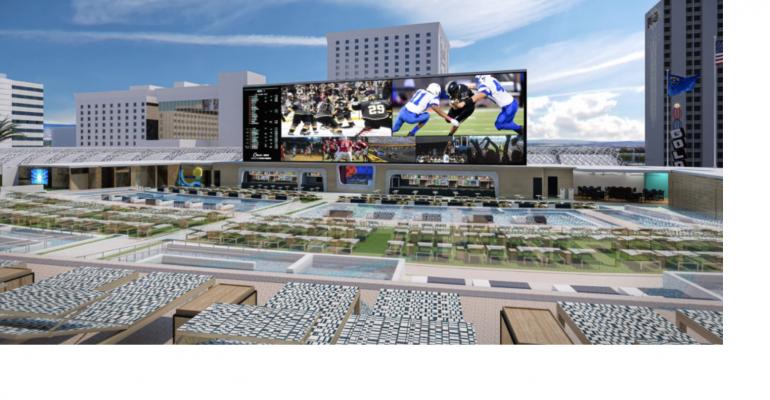 A multi-tiered pool area can be used for special events.

With no dedicated conference space to speak of, the new Circa Resort & Casino in Las Vegas might not catch a meeting planner’s eye. But there’s at least one aspect of this just-opened, 777-room property to consider at a time when large open-air spaces for special events are at a premium.

The resort, which debuted its guest-room tower at the end of December, features Stadium Swim, a vast tiered pool complex. The outdoor venue can host up to 4,000 guests and includes six pools and a 143-by-40-foot, 14-million-megapixel LED screen. 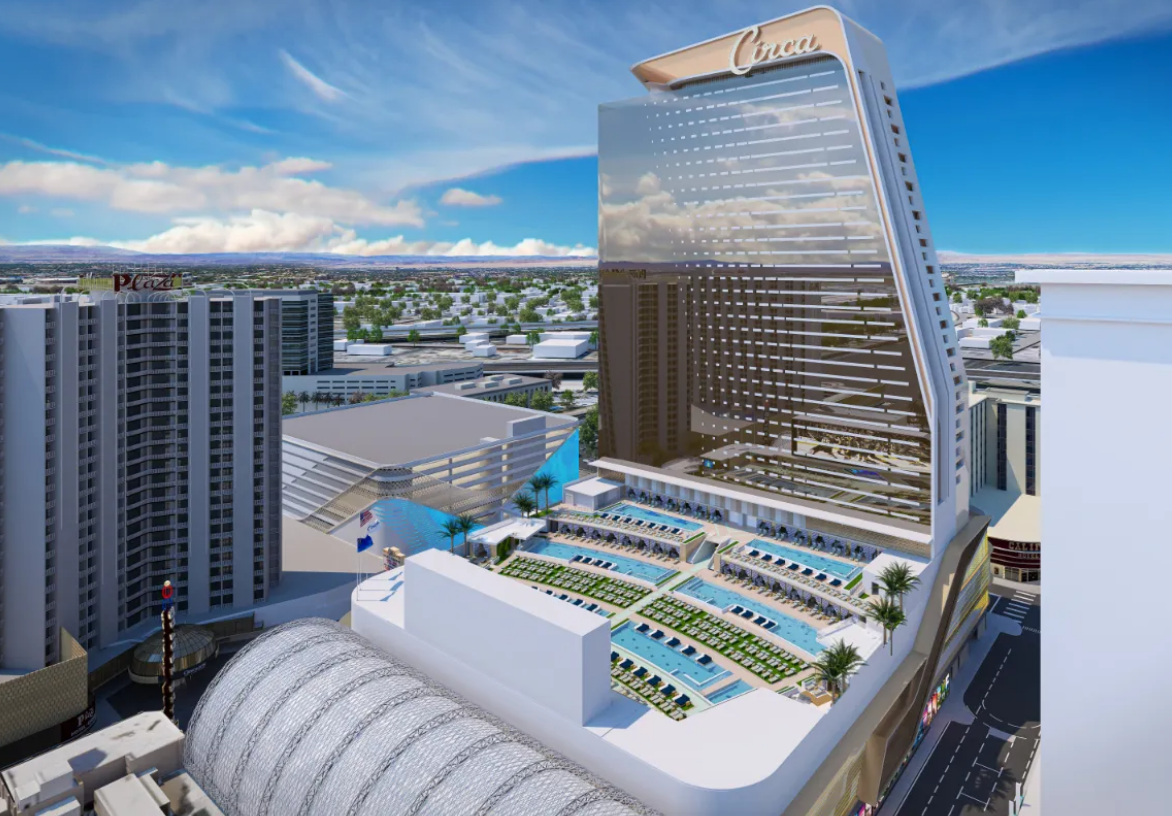 Circa is located near the Fremont Street Experience, a five-block entertainment district in downtown Las Vegas, three miles north of the Las Vegas Convention Center. It’s just two blocks from Downtown Grand Hotel & Casino, which also added guest rooms to the district in 2020. The Grand, which first opened in 2013, debuted a new 495-room tower in September, bringing its total to 1,124 guest rooms, including a 1,500-square-foot penthouse suite.

Other properties in the Fremont Street district include the Golden Nugget Hotel & Casino and the D Casino & Hotel.