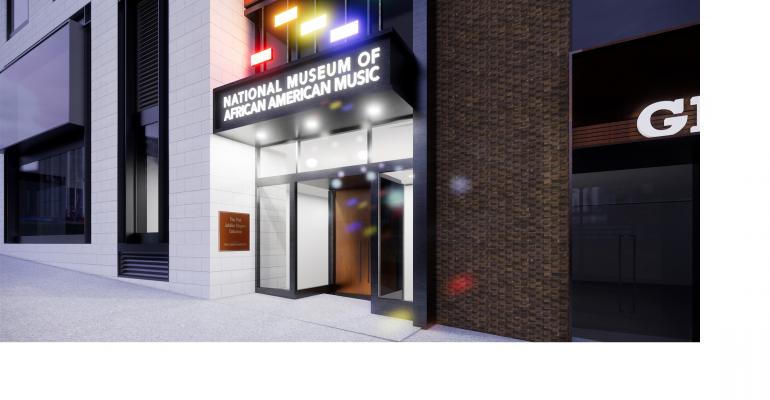 Three meeting venues and multiple spaces for receptions will be available in downtown Nashville.

The National Museum of African American Music is set to open on September 3. The 56,000-square-foot, $60 million facility is located in the new, mixed-use development, Fifth + Broadway, in downtown Nashville.

The museum charts the history of African American music from spirituals composed during slavery in the 1600s through gospel, jazz, blues, hip hop, and the most recent artists, using interactive exhibits and displays of more than 1,500 curated items in seven galleries. The galleries and the River of Rhythm hallway will be available for receptions, and the building houses two multipurpose rooms for meetings and education. In addition, the 190-seat Roots Theater is available for films, awards programs, and presentations.

The museum can host up to 1,000 visitors and is within a few minutes’ walk of Music City Center (Nashville’s convention center), Ryman Auditorium, the Country Music Hall of Fame, and Schermerhorn Symphony Center.

The Fifth + Broadway development is a dining and retail destination surrounding the museum with 372,00 square feet of office space and 31 stories of apartments. The National Museum of African American Music is eight miles from Nashville International Airport.