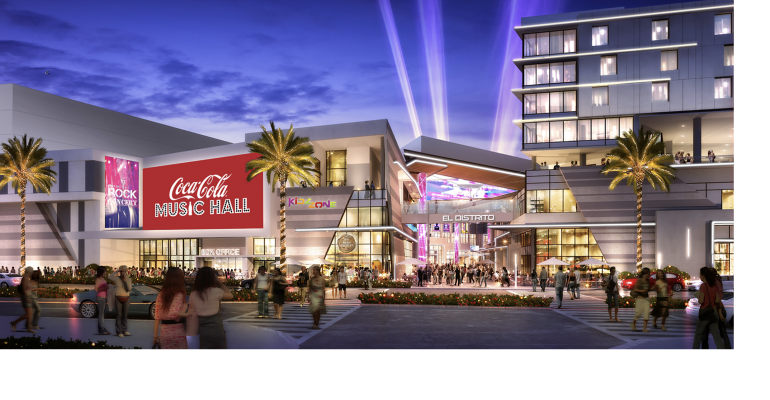 New Special-Event Venue for 4,000 to Open in San Juan

The Coca-Cola Music Hall enhances the appeal of an entertainment-focused neighborhood next to the convention center.

A 129,000-square-foot performance and event venue that holds 4,000 people will debut in mid-March within the five-acre El Distrito restaurant and entertainment district adjacent to the 600,000-square-foot Puerto Rico Convention Center in San Juan.

Named the Coca-Cola Music Hall, the three-level facility will host concerts but also be available to convention groups for special events. Along with the new venue, there’s a 50,000-square-foot outdoor plaza that groups can use for receptions prior to a performance, with huge LED screens permanently installed around the perimeter that can present customized visuals and content. 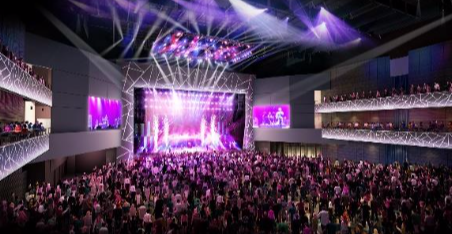 The main level of the music hall has removable chairs to allow different setups of the floor space. Also, “we will have in-house specialists to help event producers with staging, audiovisual, and acoustic services, all of which are included in the rental fee,” says Jorge Perez, general manager of both the Puerto Rico Convention Center and the Coca-Cola Music Hall.