The 700-room property will be connected to the Salt Palace Convention Center.

It’s now less than a year out from the expected October 2022 opening of the Hyatt Regency Salt Lake City, and the downtown convention hotel is celebrating its topping out.

The 25-story hotel will have 700 guest rooms, including 33 suites, and approximately 60,000 square feet of meeting space. Highlights of its group venues are the 23,138-square-foot Regency Ballroom, the 14,682-square-foot Salt Lake Ballroom, and a technology-enabled broadcas 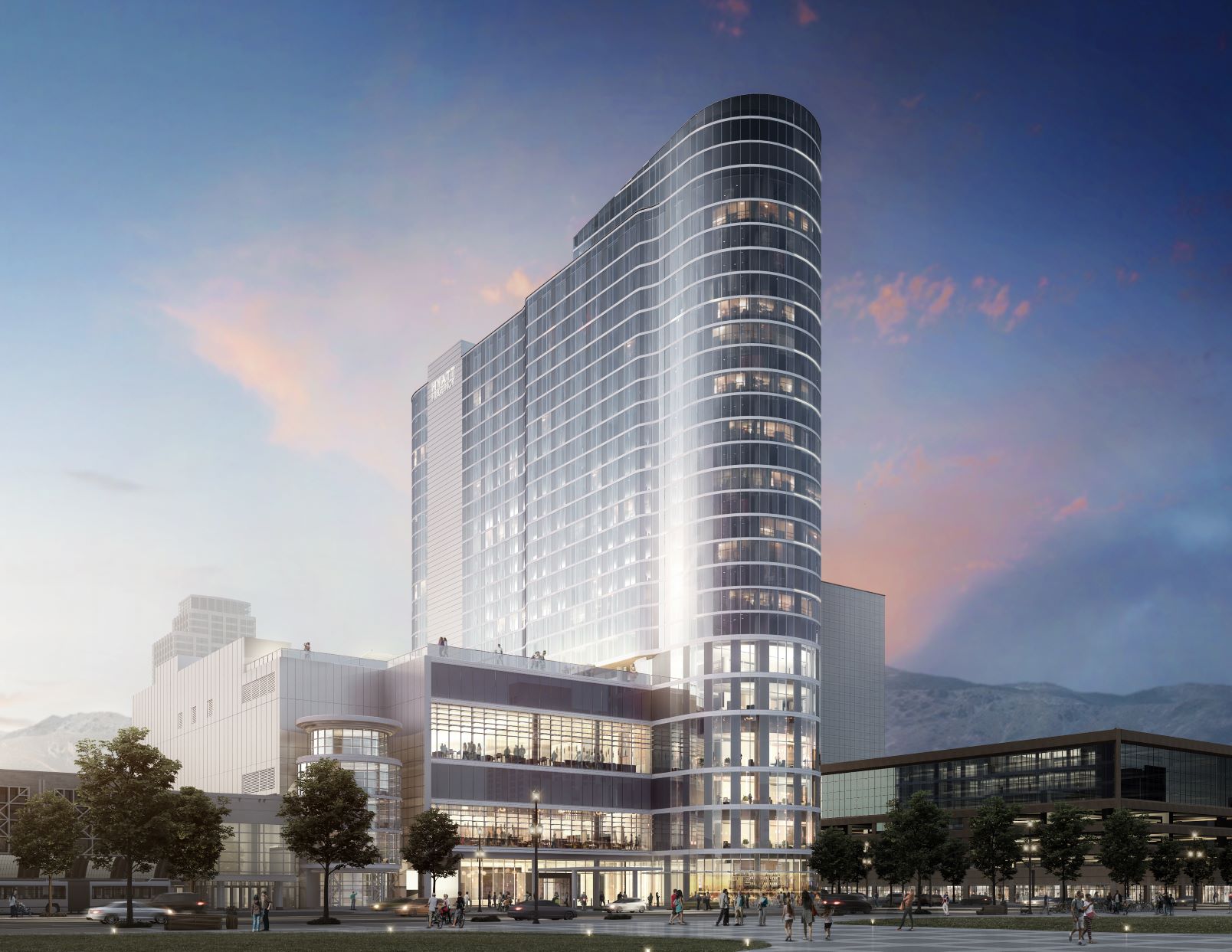 The sixth floor’s amenities will also be a draw for groups, including a 7,400-square-foot event terrace with mountain views, a signature restaurant, a pool with cabanas, and a fitness center.The Hyatt Regency will be connected to the Salt Palace Convention Center, which offers 515,000 square feet of exhibit space in nine halls, a 45,000-square-foot Grand Ballroom, and 14 meeting rooms that can be divided into more than 70 different spaces.

The Salt Lake City International Airport is less than eight miles west of the hotel, about a 15-minute drive.