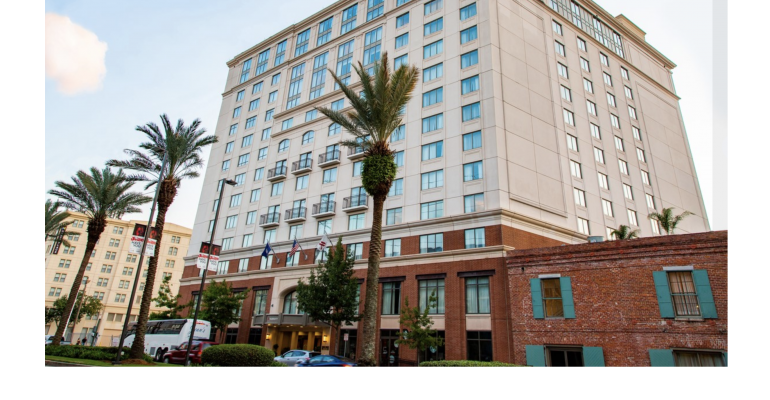 Mid-February saw the unveiling of a complete renovation of all guest rooms, public areas, and meeting space at the New Orleans Marriott Warehouse Arts District. The 332-unit property sits across the street from the Ernest N. Morial Convention Center, which is on the Mississippi River. 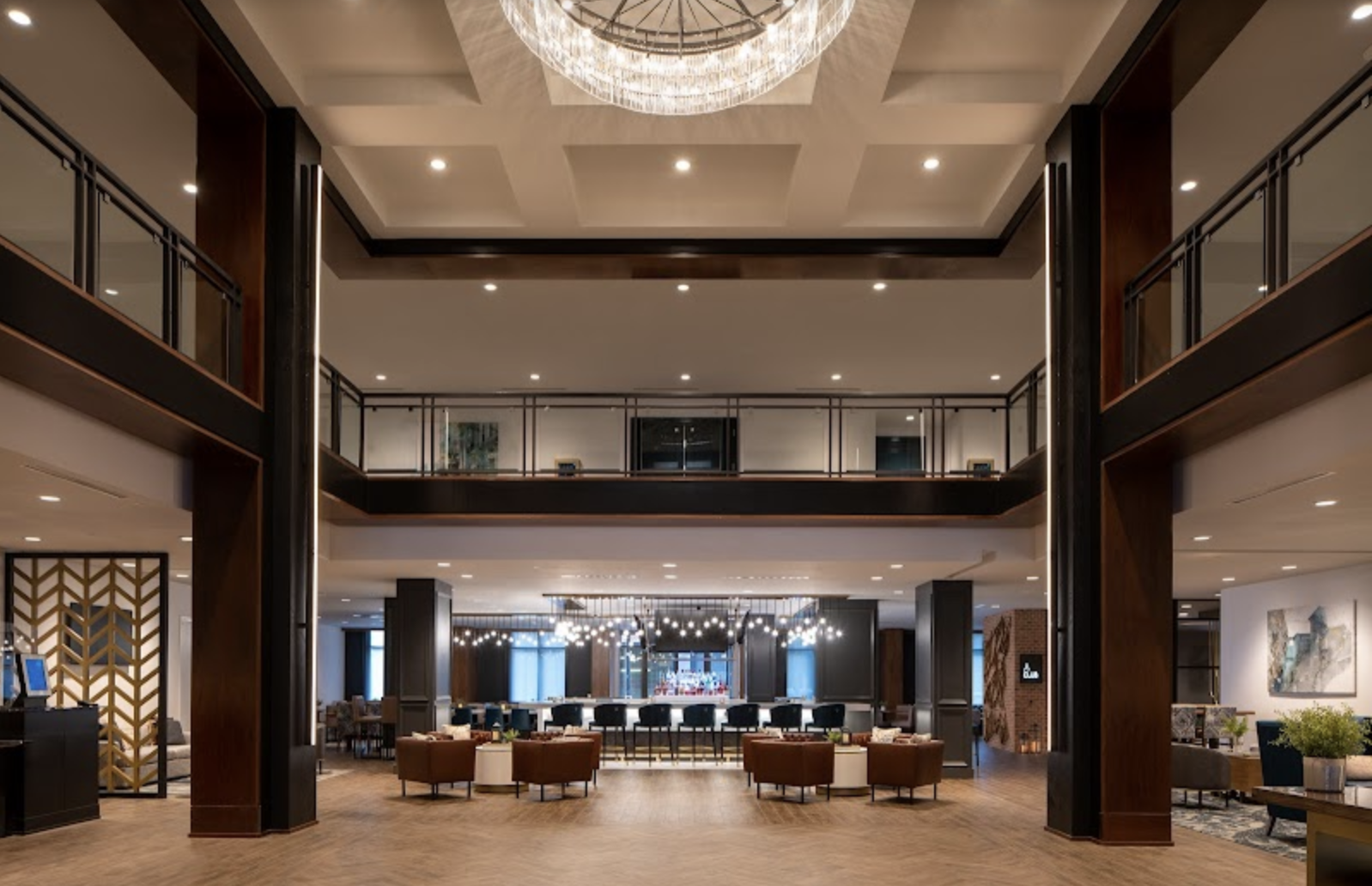 The renovation transformed the property’s traditional hotel lobby using Marriott’s “Greatroom concept,” which is more open and acts as a socializing area, complemented by décor reflecting the history of the Warehouse district. Light-colored herringbone wood floors, dark wooden beams, and accents of teal, navy, and gold go along with contemporary sculptures, mixed-media panels, and bold prints throughout the space. There are also clusters of lounge furniture and a central bar. (see photo)

Joseph Blanchek, general manager of the hotel, says that “the redesign preserves the historic personality of the neighborhood while presenting contemporary upgrades.” Within the meeting space, this is seen in updated soft goods, décor, and carpeting in the 7,000-square-foot Gravier Ballroom (divisible by six) and the 2,800-square-foot Cypress Ballroom (divisible by two). Both are set within a 200-year-old warehouse that’s adjacent to the hotel tower and originally stored goods brought in by riverboats. The exposed brick walls of these spaces contrast nicely with their large crystal chandeliers. 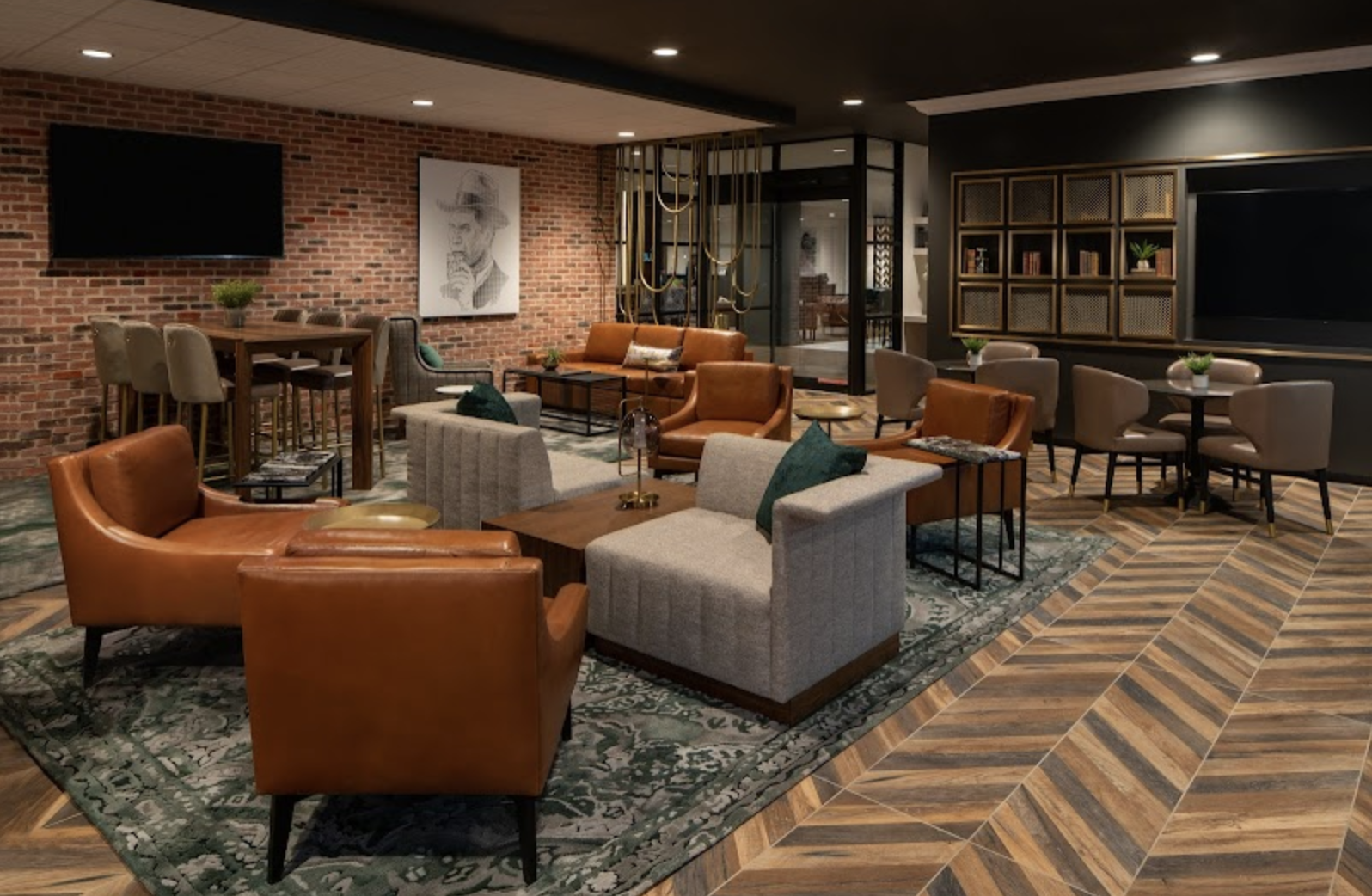 The property has 13 other formal meeting spaces plus a 1,000-square-foot courtyard on the third floor that’s adjacent to a new Presidential Suite that groups may use for small gatherings. Pre-function spaces outside the ballrooms and larger breakout rooms include communal tables for attendees to network between sessions as they charge their mobile devices.

Restaurants ranging from world-famous Emeril’s to high-energy Rock-and-Sake Bar and Sushi plus several other seafood, steak, and Cajun/Creole eateries are within a half-mile of the hotel. The Howlin’ Wolf, Republic, and Generations Hall are nearby cocktail-and-music venues that welcome larger groups. And the Audubon Aquarium of the Americas and the World War II Museum are in the neighborhood as well.