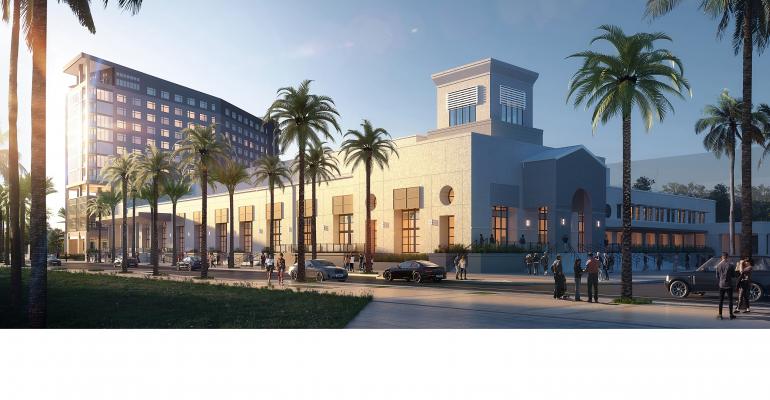 New Option for Events for Up to 3,000 on Florida’s West Coast

Hotel and convention center ready for a summer opening in Fort Myers.

The $92 million Luminary Hotel & Co. is set to open in downtown Fort Myers, Fla., in August 2020 attached to a convention space, once known as Harborside Event Center, that has just been renamed Caloosa Sound Convention Center & Amphitheater.

The 243-room property is under construction on the banks of the Caloosahatchee River near the Cleveland Avenue bridge that leads to North Fort Myers. While it will have 8,000 square feet of its own meeting rooms, including a 2,300-square-foot culinary theater with stadium seating, the convention center’s 40,000 square feet of event space will be the focal point for larger groups.

The 12-story Luminary Hotel & Co. is being built from the ground up, but the convention center’s renovation will be nearly that, with a new roof, windows, and exterior walls, as well as a new riverfront terrace and reconfigured meeting spaces.