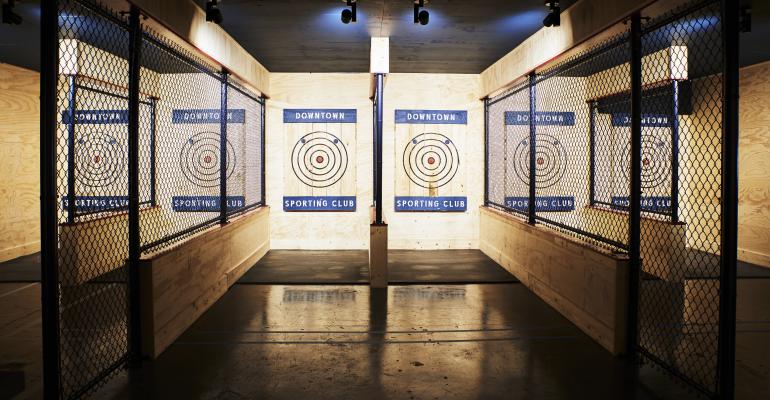 Nashville has a new venue for special events just an axe-throw away from Music City Center. In fact, axes are actually flying at the new Downtown Sporting Club, a 42,000-square-foot facility, located just behind Hilton Nashville Downtown on the city’s honky-tonk strip at 411 Broadway. 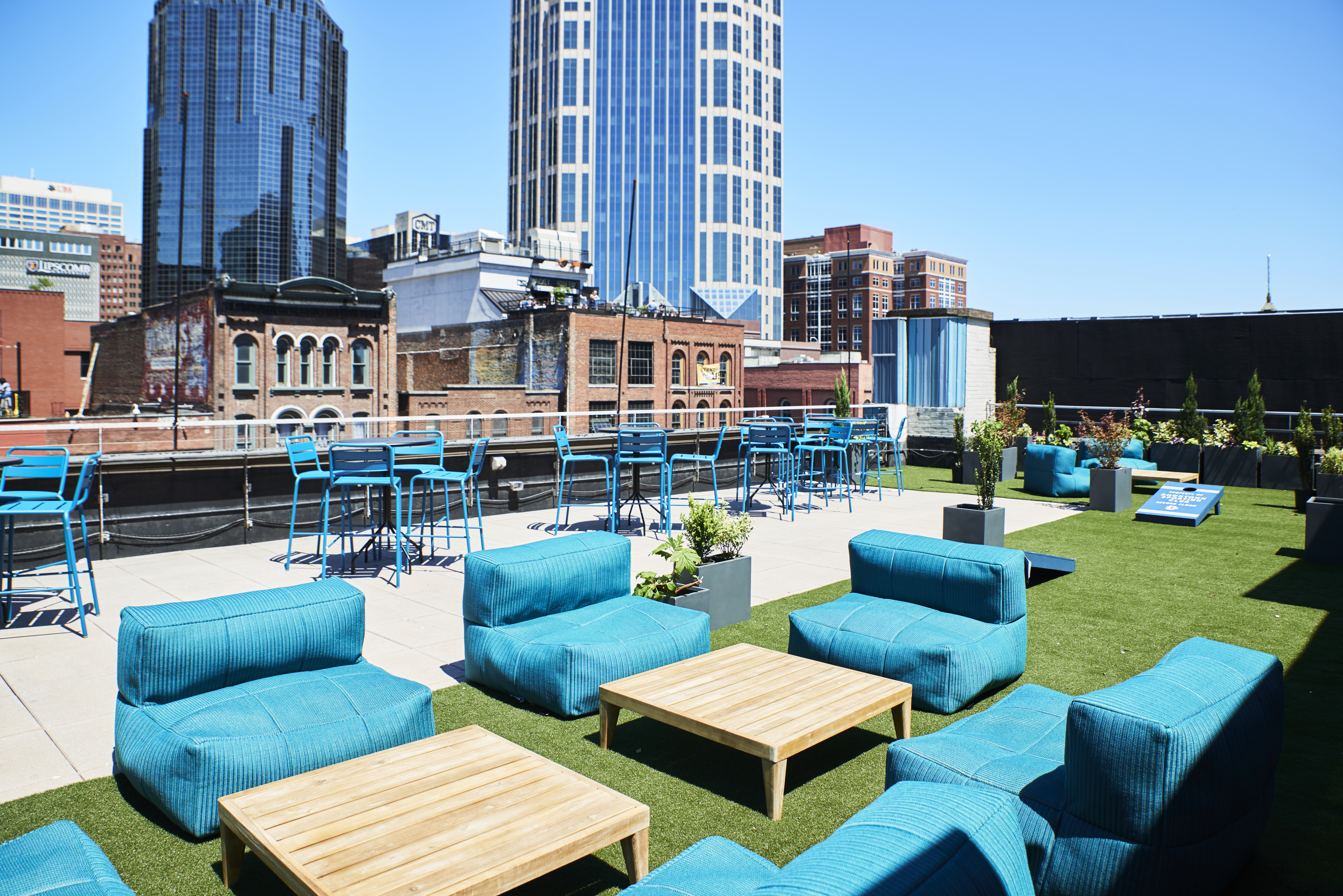 The venue opened in late April, with at least three different areas that event organizers might consider. On the first floor, the Ribbon Room is a 1950s supper club-style venue that can seat 100 (with a private dining room available for 18). On the second-floor, the fun-and-games R.E.C. Room can host up to 200 with its six axe-throwing bays (each manned with an axe coach to manage the fun), artificial turf floor, giant televisions, a bar, and lots of tabletop games. Finally, the roof-top bar can also be bought out for groups of up to 200. Besides great views of downtown Nashville and a garden-like setting, guest can enjoy shuffleboard, cornhole, and artificial turf underfoot.

Interestingly, the facility also has 16 guest rooms sleeping 52 (some with two sets of bunkbeds), an option for close-knit teams that want a group option near the convention center.