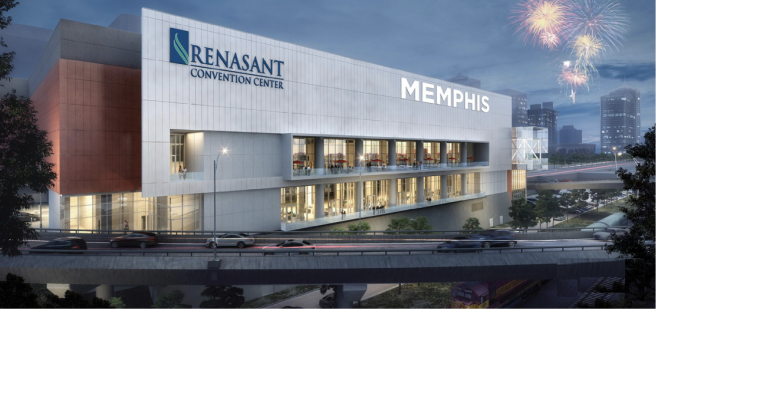 In the midst of a huge renovation, the Memphis Cook Convention Center became the Renasant Convention Center on November 21, a name the facility will have for at least 10 years. Renasant Bank, a financial- and insurance-services firm with offices in Alabama, Georgia, Florida, Mississippi, and Tennessee, entered into the naming agreement with the city of Memphis.

The deal comes less than a year ahead of the unveiling of a $200 million renovation of the entire facility. When complete in fall 2020, the center will have a new grand entrance, high-end finishes and furniture in every meeting and prefunction space, more breakout rooms, and more floor-to-ceiling windows. 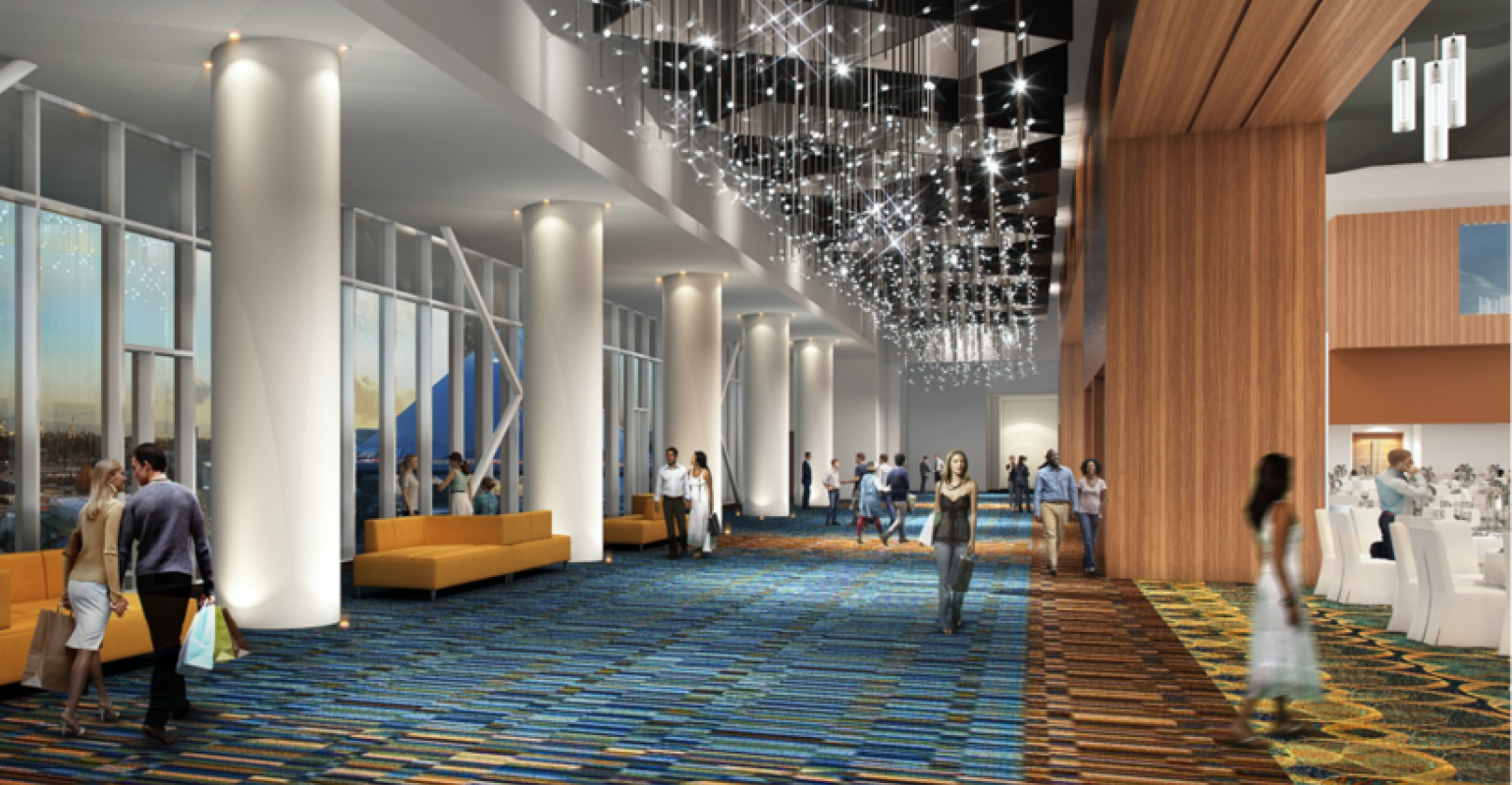 Featured spaces in the center include a column-free, 118,000-square-foot exhibit hall; a 28,000-square-foot ballroom; and 46 breakout rooms with ceilings of at least 20 feet. The new design will take greater advantage of panoramic views of the Mississippi River and downtown Memphis. In addition to the large windows overlooking the river, a new glass-enclosed walkway will wrap around the building on the riverfront side.

At street level, large doors will open to create an indoor-outdoor space leading to the riverfront for events with a permit to close off that section of Front Street. In addition, much of the concrete interior walkway between the convention center to the 600-room Sheraton Memphis Downtown will be replaced by glass. The renovation will also add artwork and digital wayfinding throughout the facility plus more loading docks. 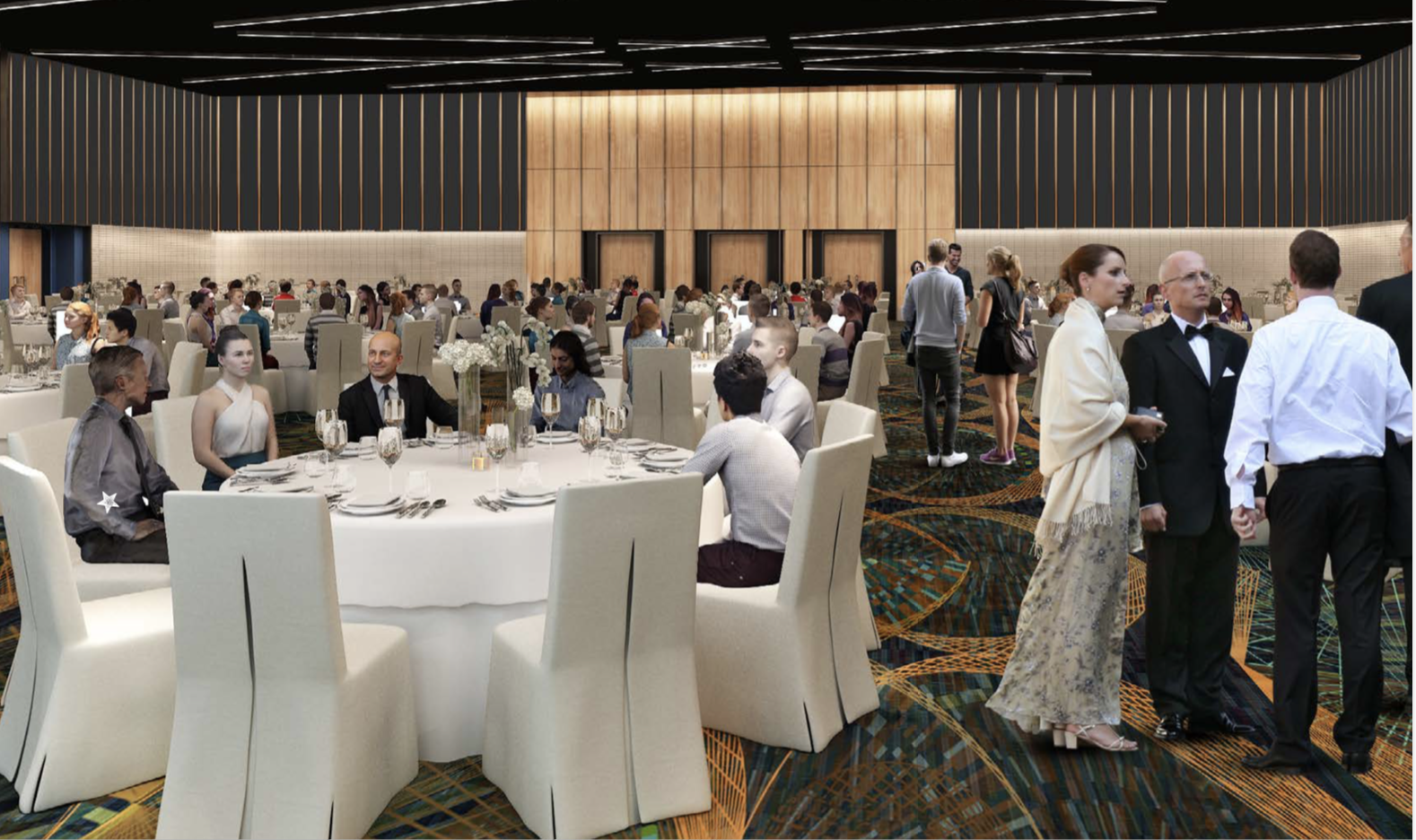 One other feature on property is the 2,100-seat Cannon Center for the Performing Arts (photo below). With the back of the performance facility connected to the ballroom (pictured here), convention groups can host receptions and then easily move attendees into private performances.

Memphis’ downtown district has more than 4,000 hotel rooms, with about 2,000 more in various stages of construction and planning. Among those in planning is a 500-plus-room hotel to be built by Loews Hotels on the site of the present Civic Center Plaza, less than 500 yards from the convention center. 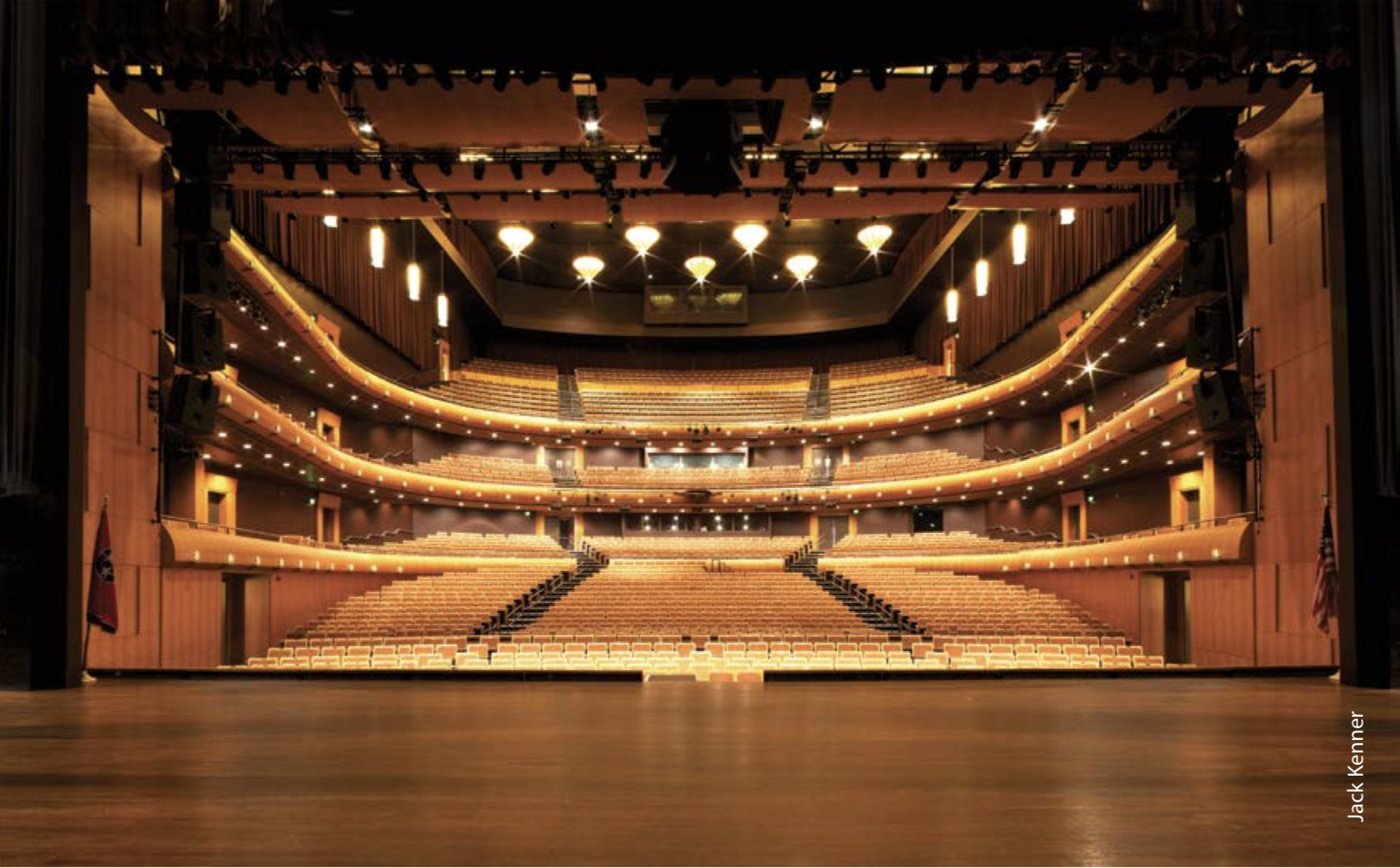