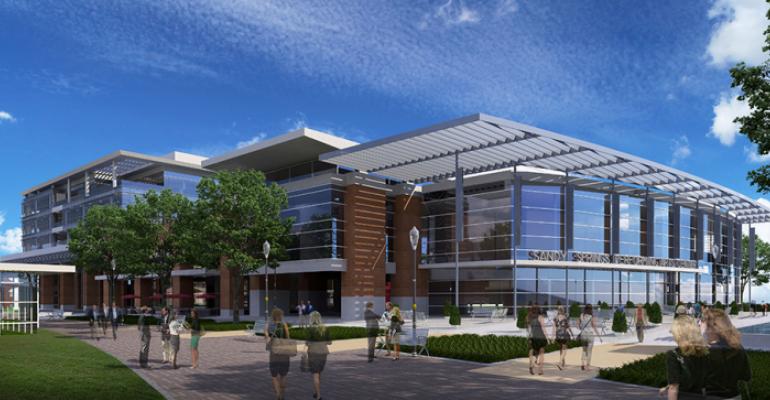 If Sandy Springs, Ga., isn’t on your meeting map, you might want to put a pin in it. The city, incorporated in 2005 on the north side of the Atlanta metro area, is building a $222 million, 14-acre city center called City Springs. The mixed-use development will open this summer with several venues of interest to groups.

First there’s the City Springs Conference Center with two large meeting rooms, three smaller meeting rooms, a 4,830-square-foot, multi-use Terrace Meeting Room, and a rooftop terrace. For larger corporate gatherings, the Studio Theatre is a 5,000-square-foot space that can host up to 350 people for a meeting and can also be used for receptions or dinners. Its lobby provides a prefunction space outfitted with an 11-foot-by-20-foot video wall.

The centerpiece of the City Springs development is the 50,000-square-foot Byers Theatre, designed to host performing arts, film screenings, and corporate events. The venue features 1,070-seats, and its 6,100-square-foot, glass-enclosed lobby can be used for receptions.

In addition to indoor spaces, City Springs will include a four-acre City Green, with a stage for outdoor concerts, and approximately 1,125 parking spaces.