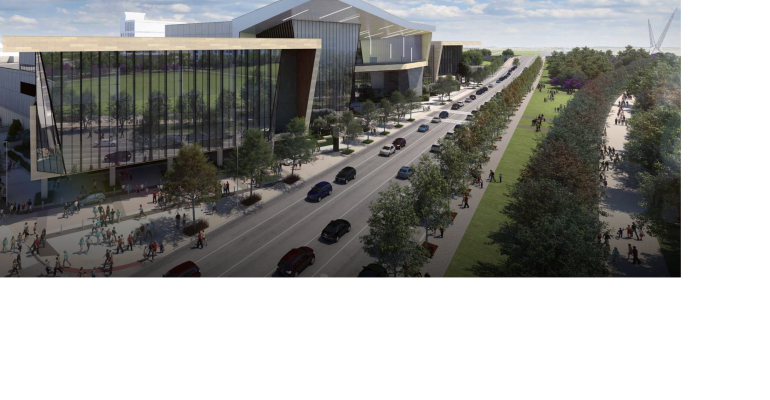 Oklahoma City steps up its game with both a new downtown convention center and headquarters hotel for 2021.

The capital of Oklahoma is preparing to welcome larger business-event groups than ever before thanks to the new MAPS 3 Convention Center that’s on track to open in Q1 2021. Adding to the venue’s appeal is the simultaneous debut of the 605-room Omni Oklahoma City Hotel right next door.

Three years in the making, the new $288-million center will include a 200,000-square-foot exhibit hall that can be divided into four spaces. Another 45,000 square feet of meeting space is spread out on different levels of the building, configurable into 27 breakout rooms.

The centerpiece of the event space is a 30,000-square-foot fourth-level ballroom with 10,000 square feet of prefunction space and a 4,000-square-foot outdoor balcony overlooking the greenery of 70-acre Scissortail Park. To guide attendees, there will be interactive wayfinding stations both inside and outside of the facility.

According to the Oklahoma City Convention and Visitors Bureau, the MAPS 3 Convention Center’s angular façade will use towering glass walls to maximize natural light, while outdoor landscaping will feature abundant native plants and trees. There will also be a ground-level central plaza and other outdoor spaces. 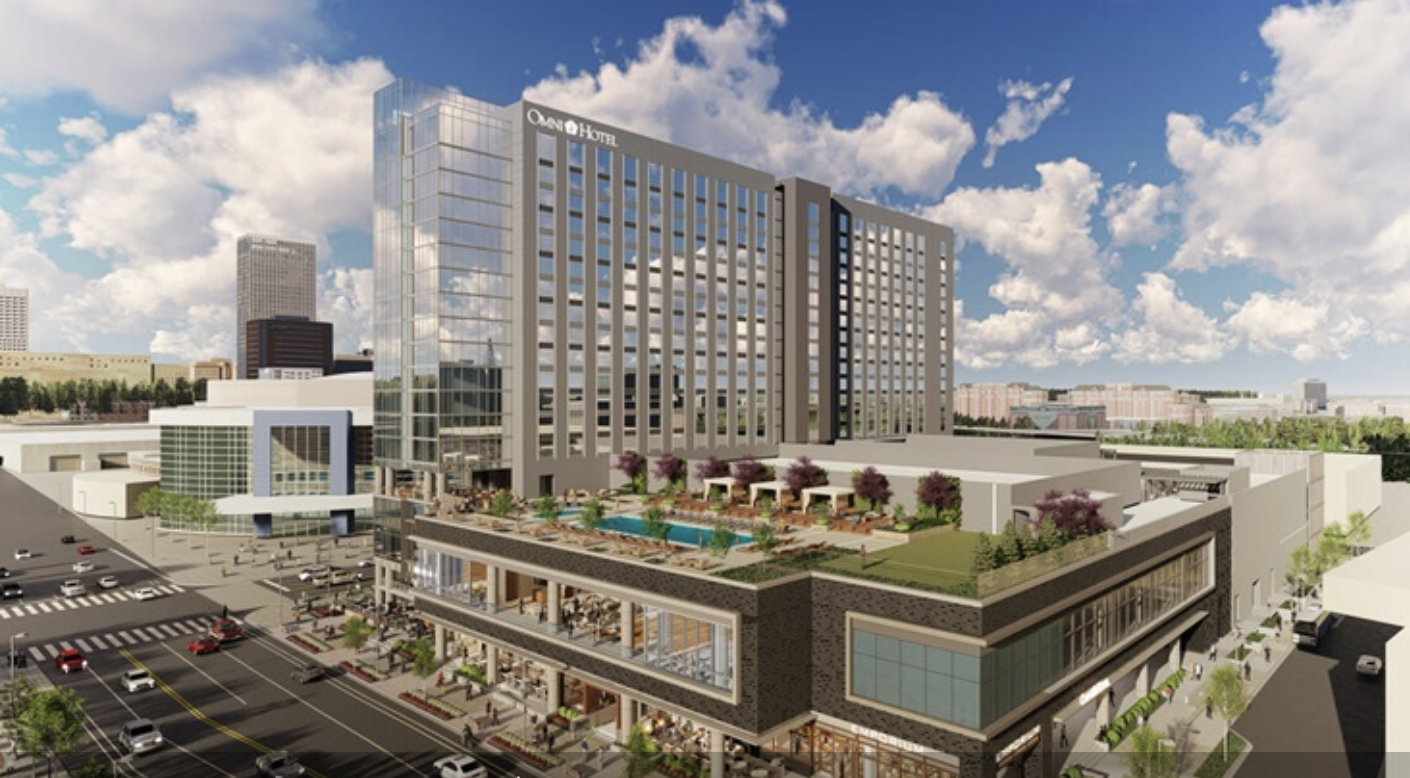 On the north side of the new center will be the Omni headquarters hotel, accessed by a short covered exterior walkway. The property’s second floor is the hub for meetings; there’s a 20,800-square-foot ballroom, a 10,200-square-foot junior ballroom, and 12 breakout rooms. A covered outdoor prefunction space and an event lawn are located next to the pool deck.

Food and beverage options on property include two full-service restaurants, a burger bar, a coffee shop, a two-level sports bar and grill, and a lobby bar. There’s a spa with eight treatment rooms as well as a fitness center. Lastly, a streetcar stop will be set across from the hotel’s entrance for easy navigation of the downtown district.

Will Rogers World Airport is 11 miles from downtown Oklahoma City.