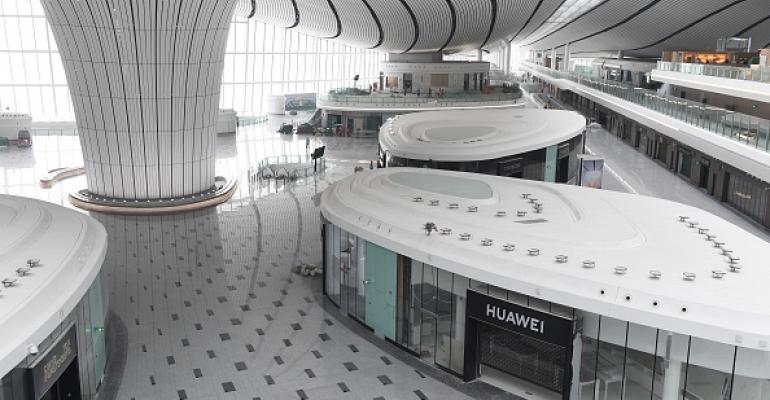 Daxing International Airport will handle 45 million passengers within 18 months, and could be the world's busiest hub within 20 years.

By the end of this week, Beijing will join Tokyo, London, Paris, and New York in an exclusive club: cities that have two long-haul international airports. Set to open by September 30, Daxing International Airport lies 30 miles south of central Beijing and will greatly expand the destination's ability to compete with Hong Kong, Singapore, Kuala Lumpur, and Seoul as a connecting point for flights into and out of the Asia Pacific region. With four runways, Daxing will serve 112 destinations worldwide by next spring.

British Airways has already announced it will move its hub operations from Beijing's Capital International Airport to Daxing, while Delta, Air France, KLM, Korean Airlines, and China Airlines will likely follow suit within a year. Actually, these moves will help relieve congestion at Capital—presently one of the worst airports in the world for arrival and departure delays because it serves 101 million passengers per year despite having a design capacity for only 85 million. Atlanta's Hartsfield-Jackson International Airport, the busiest in the world, handles 107 million passengers annually, while no other airport handles more than 90 million passengers.

Design features of Daxing that will make it a relatively pleasant experience for travelers include a terminal layout where the security checkpoint lies only 650 yards from the farthest gate, as well as a huge pavilion of shops, restaurants, a spa, and other amenities. High-speed subway service from the airport's new station to central Beijing will take only 20 minutes. Other details of the new airport can be found here.