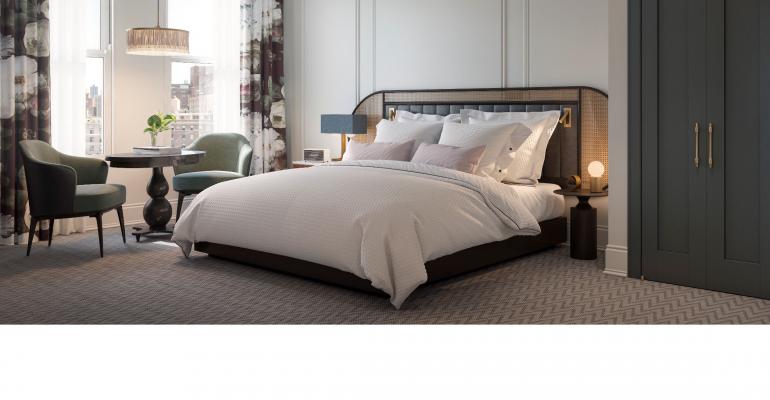 The Candler brings 265 new guest rooms within a mile of the Georgia World Congress Center.

The Candler Building was Atlanta’s tallest building and its first to be built of steel when it opened in 1906. The 17-story property on the National Register of Historic places—designed and built by Asa Griggs Candler, Coca-Cola magnate and former Atlanta mayor—will get a new life as a 265-room boutique hotel starting this summer.

At 127 Peachtree NE on the northern edge of Woodruff Park, about a mile from the Georgia World Congress Center, The Candler will have 6,000 square feet of meeting space, including the 1,773-square-foot Heritage Ballroom on the 2nd floor, and eight smaller meeting spaces.

The Candler, which is accepting reservations as of July 29, will be the first Curio Collection by Hilton hotel in Atlanta. The hotel is managed by Highgate, which has more than 100 properties in its portfolio, including Huntington Hotel in San Francisco, The Knickerbocker in New York City, and Boston Park Plaza.