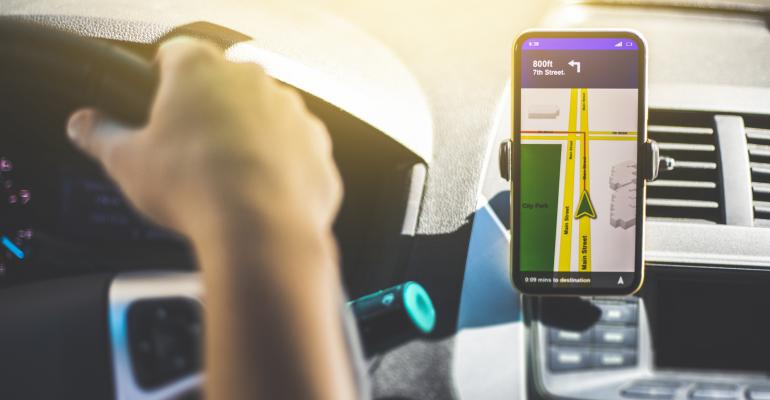 Restricting terminal access for pick-ups should decrease congestion and speed up departure from LAX.

Los Angeles International Airport has followed San Francisco Airport’s lead in restricting taxis and rideshare vehicles from making pickups directly from the terminal. The Los Angeles Times is reporting that Uber and Lyft passengers will have to take a shuttle or walk to a designated parking area outside the terminal access roads but close to Terminal One to meet their cars. Curbside drop-offs will still be allowed under the new rule which comes into effect on October 29.

The move is intended to cut down on traffic directly in front of terminals, and while taxis have traditionally waited in a designated queue, the increase in traffic circling around airports is largely attributable to rideshare cars. Uber and Lyft have implemented different strategies over the last few years in an attempt to reduce the problems of passengers at crowded terminals attempting to identify their cars, and the additional issue of passengers at arrivals booking the closest car but leaving the terminal after the car has been moved on by traffic security and then having to wait while it circles the airport. Methods included allowing passengers to switch to the next closest car without paying a cancellation fee, which did not address the difficulty over matching the passenger to the car in an overcrowded space, and creating rideshare car queues, but this didn’t alleviate the additional cars slowing down traffic at terminals.

The move at LAX is designed to benefit passengers and drivers alike. The designated pick up area, called “LAX-it,” will be free to park and will provide bathroom facilities and food trucks. The change is expected to remove the traffic jams, pollution, and expense of constantly circling the airport.  While passengers will have to take a shuttle bus to LAX-it, the shuttles have their own bus lane within the airport and are expected to run every three to five minutes with limited stops. LAX officials estimate that during peak hours it can take up to an hour for a rideshare car or taxi to leave the airport grounds because of congestion, so while some passengers may resent the extra step, they will almost certainly get en route to their destinations faster, potentially with an artisanal hot dog to eat on the way.