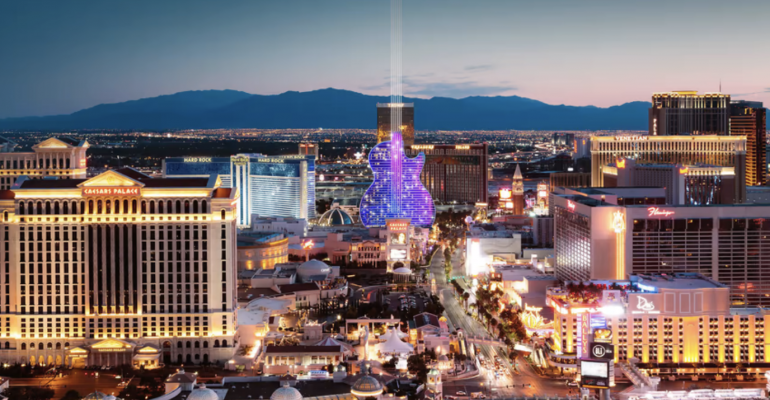 A rendering of the guitar-shaped tower for the Hard Rock Hotel that will come to the Las Vegas Strip by 2025.
Destination & Venue News

MGM Resorts gets cash to keep growing, while Hard Rock International gets a property on the Strip—and its new guest-room tower will be in the shape of a humongous guitar.

This week, Hard Rock International announced that it will close a deal to acquire the Mirage Hotel & Casino in Las Vegas by the second half of 2022. The price: $1.08 billion.

However, the property will keep the Mirage name and brand for up to three years after the sale date, based on a licensing deal between the seller, MGM Resorts, and Hard Rock International. In that time, the buyer will erect a guitar-shaped hotel tower similar to the one it owns in Hollywood, Fla.; the new tower will be located in front of where the existing Mirage sits on the Las Vegas Strip.

The Mirage first opened in 1989 and was acquired by MGM Resorts in 2000. It has 3,044 guest rooms and 170,000 square feet of meeting space, including a 40,000-square-foot ballroom. There are no details yet on the number of guest rooms that will come with the new hotel tower.

"This transaction is a significant milestone for MGM Resorts and for Las Vegas," said Bill Hornbuckle, president and CEO of MGM Resorts International. "As part of the team that opened The Mirage in 1989, I know firsthand how special it is, and what a great opportunity it presents to the Hard Rock team." Selling the Mirage allows MGM Resorts to keep growing, after recently acquiring The Cosmopolitan hotel and adjacent CityCenter retail and entertainment district on the Strip. 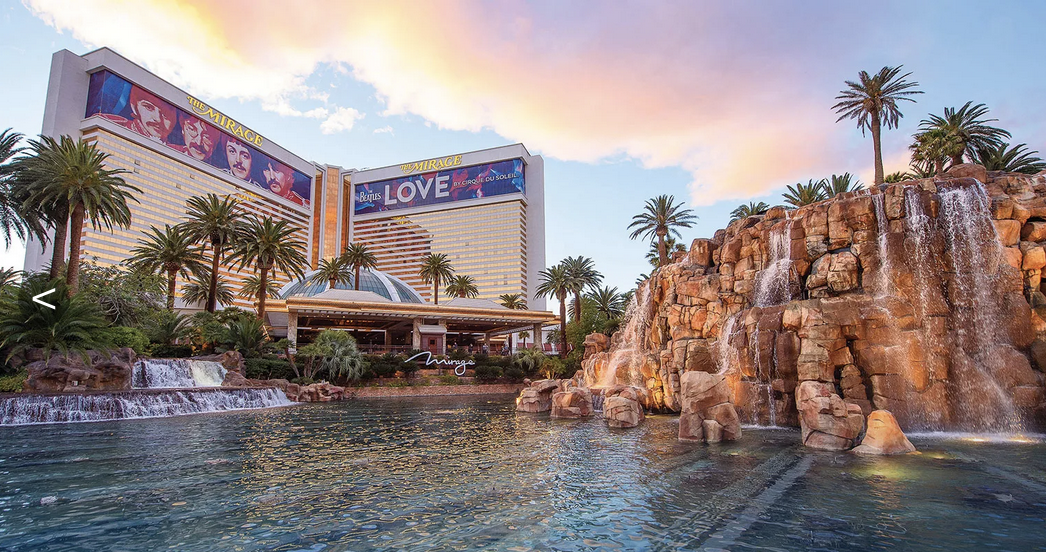 Aside from the new hotel tower, a live-music venue will be built while other renovations to the existing property take place. On the other hand, some older attractions, such as a Beatles-themed Cirque du Soleil show, could go away. One certainty: The 90-foot faux volcano outside the Mirage that erupts nightly will be torn down, according to Hard Rock International CEO Jim Allen.