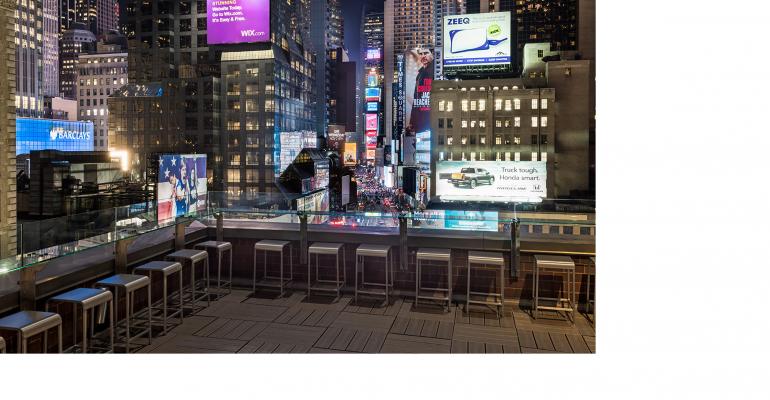 The 480-room lifestyle property opened this week in midtown Manhattan.

The M Social brand from Millennium Hotels and Resorts launched in 2016 with a hotel in Singapore, followed the next year by a property in Auckland, New Zealand. After a four-year break, the brand has opened on a third continent, this time in midtown Manhattan between Times Square and Central Park.

The 480-room contemporary hotel, M Social Times Square New York, aims to be practical and comfortable—think guest-room workspaces with ergonomic chairs and 4K smart TVs—while at the same time deliver an overall artistic experience. For example, an installation in the lobby has 32 screens displaying a curated library of digital art. 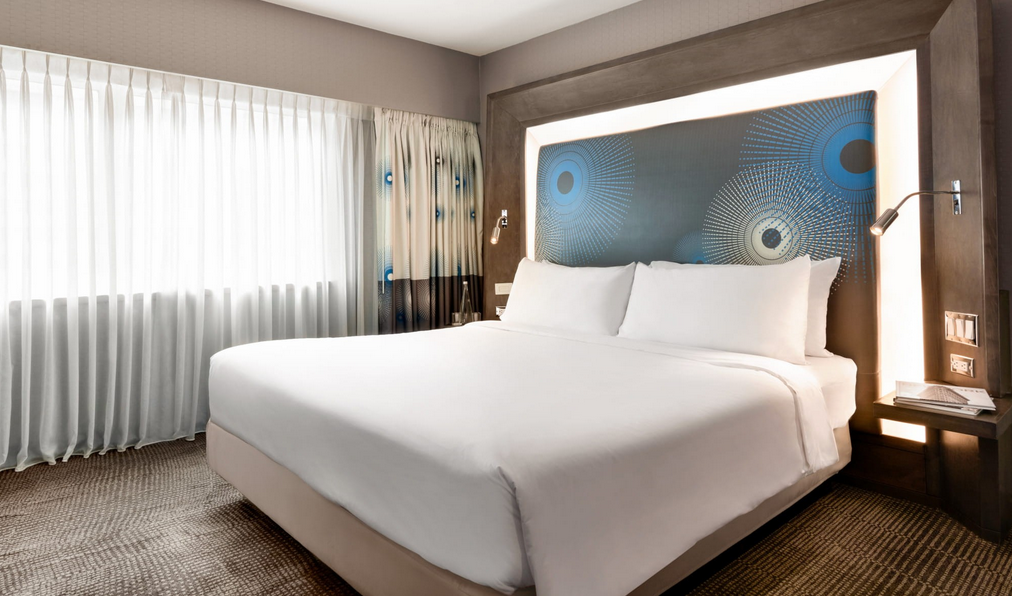 The hotel has space for small meetings in two boardroom-style rooms and can host special events on a 7,500-square-foot wraparound terrace with 7th-floor views looking out on midtown. It’s just over a mile to the Javits Convention Center, which can be reached via a short subway ride, and just seven blocks (half a mile) to Columbus Circle and Central Park.

Amenities include a fitness center and bar and lounge called Beast & Butterflies, which offers cocktails and a menu of small bites.

This is the 14th hotel in the U.S. for Millennium Hotels and Resorts, the global brand of Millennium & Copthorne Hotels Limited, which owns, manages, and operates over 145 hotels worldwide. Other U.S. properties include The Bostonian in Boston, Millennium Knickerbocker in Chicago, and The Biltmore Los Angeles.