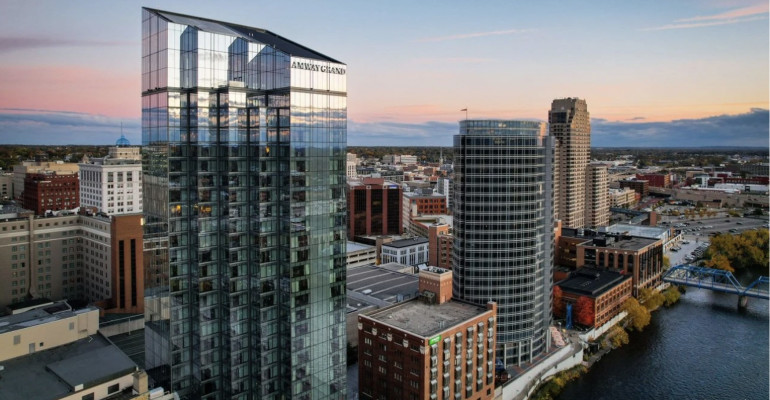 After two-plus years of work, the Amway Grand Rapids Hotel has completed a big renovation of guest rooms, event space, and its exterior.

A corporate base for several healthcare and manufacturing companies, Grand Rapids got a boost to its meeting- and event-hosting capabilities with the November unveiling of the refurbished Amway Grand Plaza Hotel, part of Hilton’s Curio Collection.

A $40 million renovation has upgraded the original 1916 Pantlind Hotel building as well as the adjacent 29-story glass tower built in 1983. In addition to refreshing all 656 guest rooms and much of the 47,120 square feet of event space (most of which is in the historically-maintained Pantlind building), the hotel tower received all new glass windows, providing floor-to-ceiling views from guest rooms as well as the top-floor restaurant and catering space (photo at bottom). The glass exterior also significantly reduces the tower’s energy use.

The city’s Gerald R. Ford Airport is served by Allegiant, American, Delta, Frontier, Southwest, and United. Grand Rapids is a two-hour drive to Detroit and a 2.5-hour drive to Chicago. 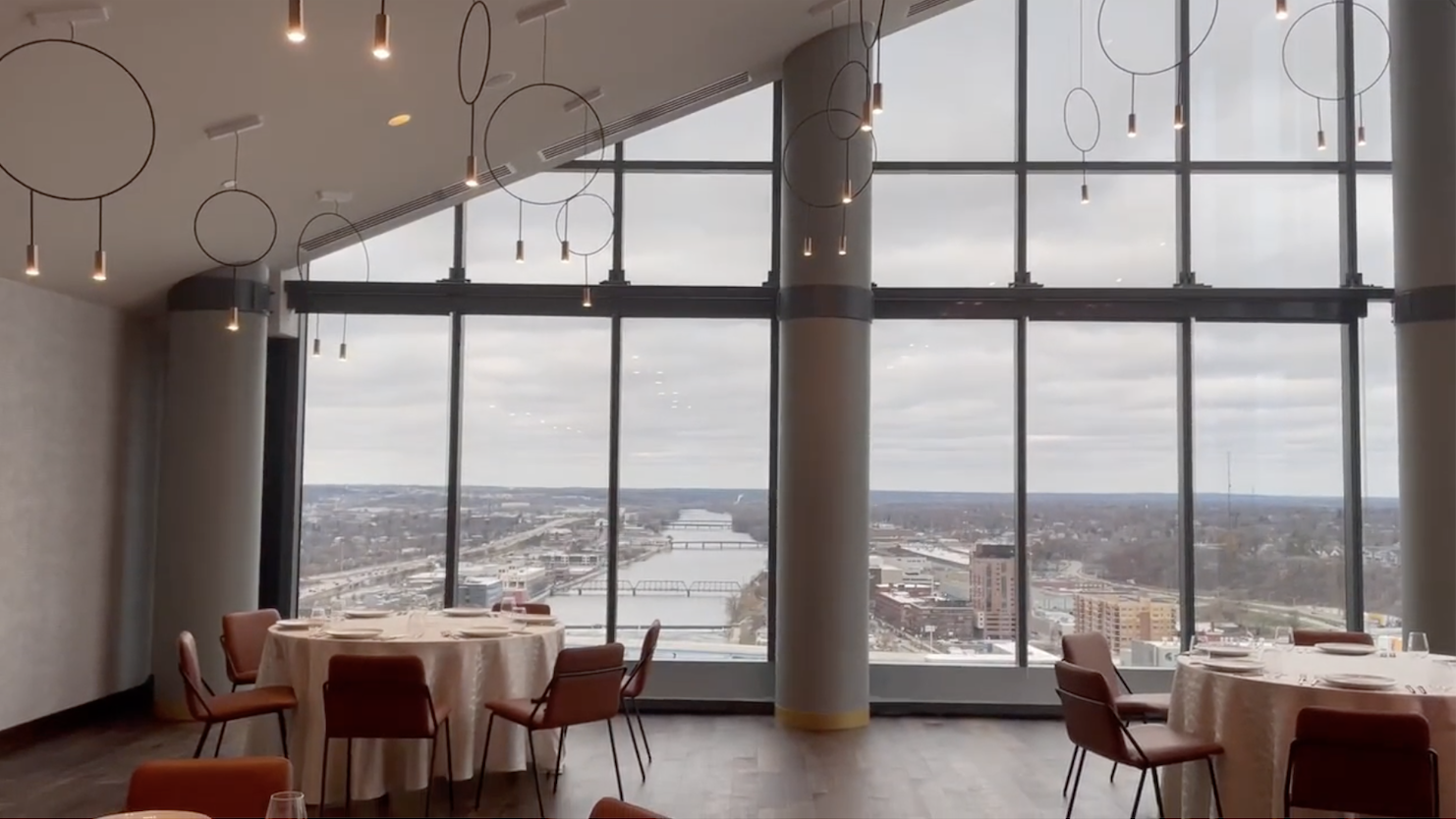