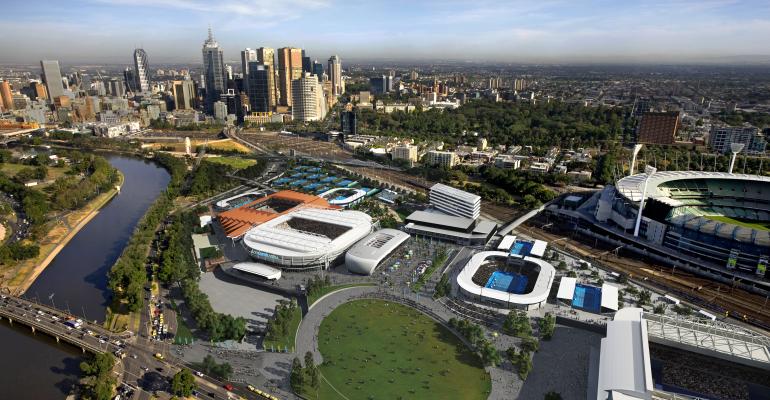 An aerial view of Melbourne Park where a new events center will be opening in late 2021.
Destination & Venue News

Centrepiece at Melbourne Park will add meeting space to the thriving entertainment area.

Melbourne & Olympic Parks is counting down to a late 2021 completion of its new events center, Centrepiece at Melbourne Park, which will be situated among the three major arenas and other facilities that are home to the Australian Open Grand Slam tennis tournament each year.

The $972 million development, being built from the ground up, will have floor-to-ceiling windows with views of the Melbourne city skyline and the surrounding green space. Groups will find a light-filled 21,528-square-foot pillarless ballroom with 27-foot ceilings, as well as a 250-seat auditorium, 15 breakout rooms, and outdoor terraces. The facility will be able to host up to 3,000 attendees, and a state-of-the-art production kitchen will be available for everything from conferences to galas.