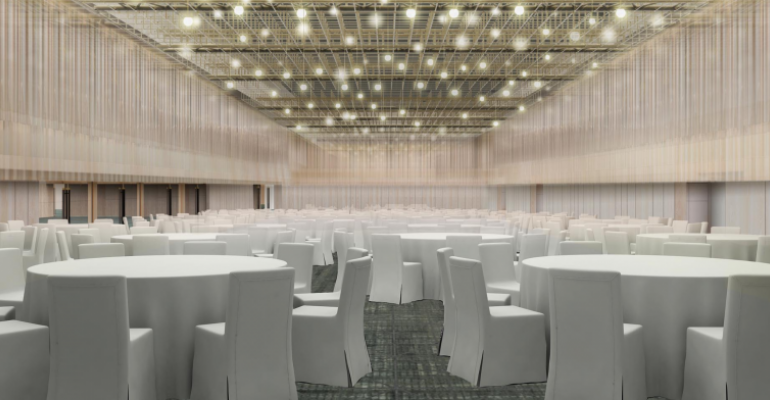 The 350-room property has six floors underground and a pillarless ballroom.

In London’s Leicester Square, a short walk from Piccadilly Circus and The National Gallery, Edwardian Hotels has a 350-room property under development called The Londoner that’s expected to open in June as part of Preferred Hotels’ Legend Collection.

The hotel will have a 6,092-square-foot pillarless ballroom, adjoined by prefunction space and two kitchens, that can host up to 600 for a dinner and divide into two rooms for smaller groups. The ballroom features a 4k projection system, ceiling-hung LED screens, and connectivity for live-broadcast satellite systems.

Said to be London’s deepest hotel, the property will have six stories below ground as well as eight stories above. It will also be attached to two Odeon cinemas and include a signature restaurant, rooftop bar, spa, private screening rooms, and a “gastro tavern” with live musical performances.

Edwardian Hotels also owns and operates 11 Radisson Blu hotels in London and central Manchester, U.K., as well as London’s The May Fair, a Radisson Collection Hotel.