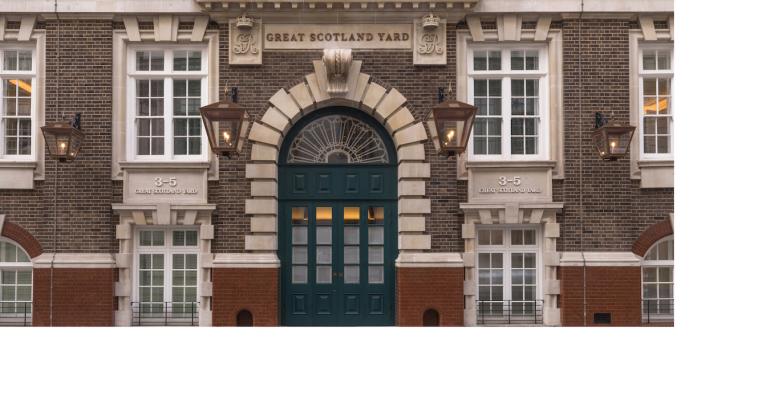 London Luxury Hotel Is Anything but Elementary

The former police headquarters in one of the city’s best locations is now the Great Scotland Yard Hotel.

Sherlock Holmes fans will be familiar with Great Scotland Yard as the real-life headquarters of London’s Metropolitan Police Force and the location where Holmes’s friend in fiction, Inspector Lestrade, is often found. The Met moved from the building in 1967, and now the Grade II-listed building has undergone a two-story expansion and basement excavation to become the Great Scotland Yard Hotel.

While Sir Arthur Conan Doyle would still recognize the Edwardian red-brick façade, instead of police offices and interview rooms the interior now holds 152 guest rooms and suites, and a state-of-the-art fitness center. Each room is unique, with some featuring wardrobes hidden behind bookshelves or hooks in the shape of keys as a nod to the cells that were part of the original building. The 15 suites feature original art and have literary names, including Sherlock and Pickwick. The five-star hotel also includes the adjacent five-story townhouse, No. 1 Great Scotland Yard, which has two bedrooms and a dining room catered by the hotel restaurant.

There are four restaurants and bars: The Yard, serving modern British cuisine using local, sustainably grown ingredients; cocktail lounge The 40 Elephants, named for a fearsome female crime syndicate that was notorious in the Victorian era; The Parlour, a lunch and afternoon tea venue; and Sibín, an Irish whiskey speakeasy accessed by a hidden door.

Great Scotland Yard is part of The Unbound Collection by Hyatt, and is in one of London’s prime locations, within a couple of minutes’ walk of Trafalgar Square, Covent Garden, and 10 Downing Street. 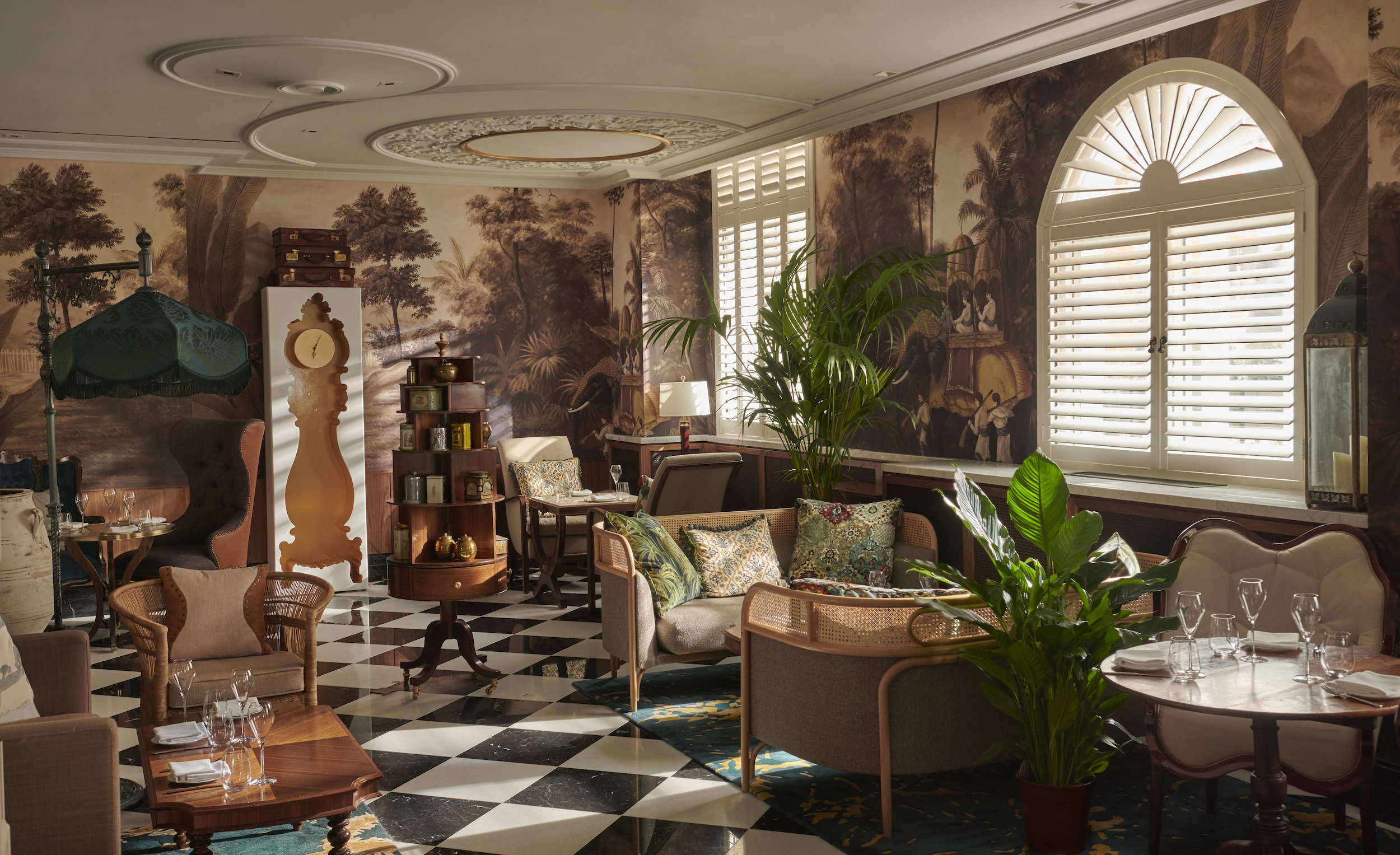 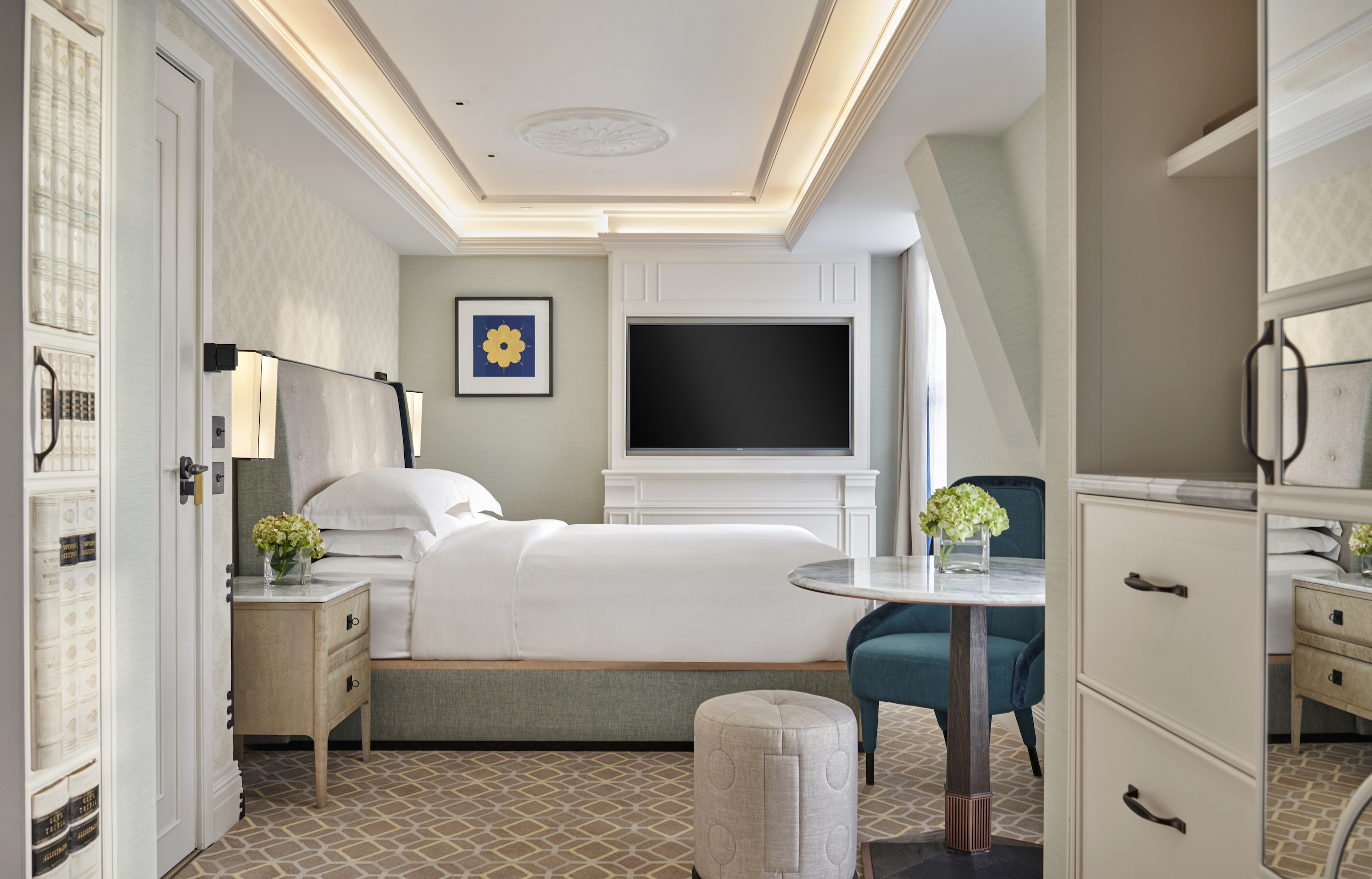