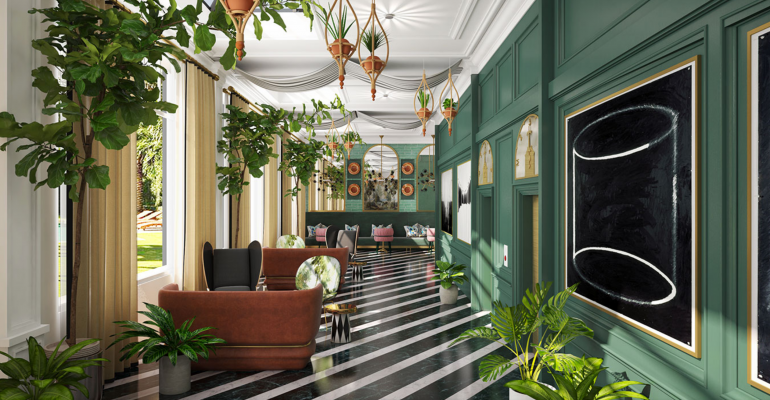 The historic property reopens this summer with 205 guest rooms.

Omaha, Neb., home of super investor Warren Buffett and his company Berkshire Hathaway, as well as ConAgra, TD Ameritrade, and Mutual of Omaha, will see a new 205-room hotel opening this summer. The Kimpton Cottonwood Hotel will revive the former Blackstone Hotel, an eight-story property built in 1916 and listed on the National Register of Historic Places.

After a $75 million renovation, the property will open in the city’s historic Blackstone District at 36th and Farnam Streets, not far from the University of Nebraska Medical Center and the adjacent Davis Global Center. Opened in September, DGC is a clinical simulation facility offering 3D, augmented reality, virtual reality, and holographic technologies for experiential learning and training for various medical specialties.

The Kimpton’s 13,500 square feet of indoor and outdoor meeting space will include two ballrooms. While the property will have its own steakhouse and lounge, the revitalized Blackstone District is known for its restaurants and bars as well. The property will also have a swimming pool, solarium, and fitness center, and is a 15-minute drive from Omaha’s Eppley Airfield.