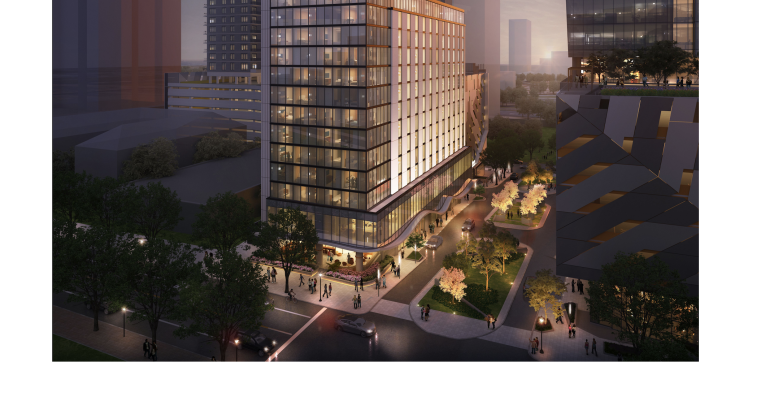 Kimpton to Open Another Atlanta Property

On the heels of the Kimpton Sylvan’s debut in Buckhead, Kimpton Wade is set for a summer opening in midtown.

The third Kimpton hotel in Atlanta will start welcoming guests to the city’s midtown arts district by early summer. Named the Wade, the property will be part of what’s being called Midtown Union: a corporate, retail, dining, and hospitality development located just a few blocks from the High Museum of Arts, the Woodruff Performing Arts Center, and Center Stage Theater.

The 12-story new-build boutique hotel will offer 230 guest rooms (photo below) including seven suites. Its guest rooms will boast a color palette of natural tones and deep blues with floor-to-ceiling windows looking out over the bustling midtown neighborhood.

The other food-and-beverage outlet on property will be a ground-floor restaurant serving regionally inspired Modern American cuisine, steps from the mezzanine bar that will serve small plates with an emphasis on seafood.

For guests focused on health and well-being, the property has a fitness center and complimentary bike rentals as well as in-room yoga mats.

The Wade joins the other Kimpton properties in Atlanta: Kimpton Overland Hotel at Hartsfield-Jackson International Airport and Kimpton Sylvan Hotel in Buckhead. Kimpton Wade is 15 miles from the airport, about a 30-minute drive. 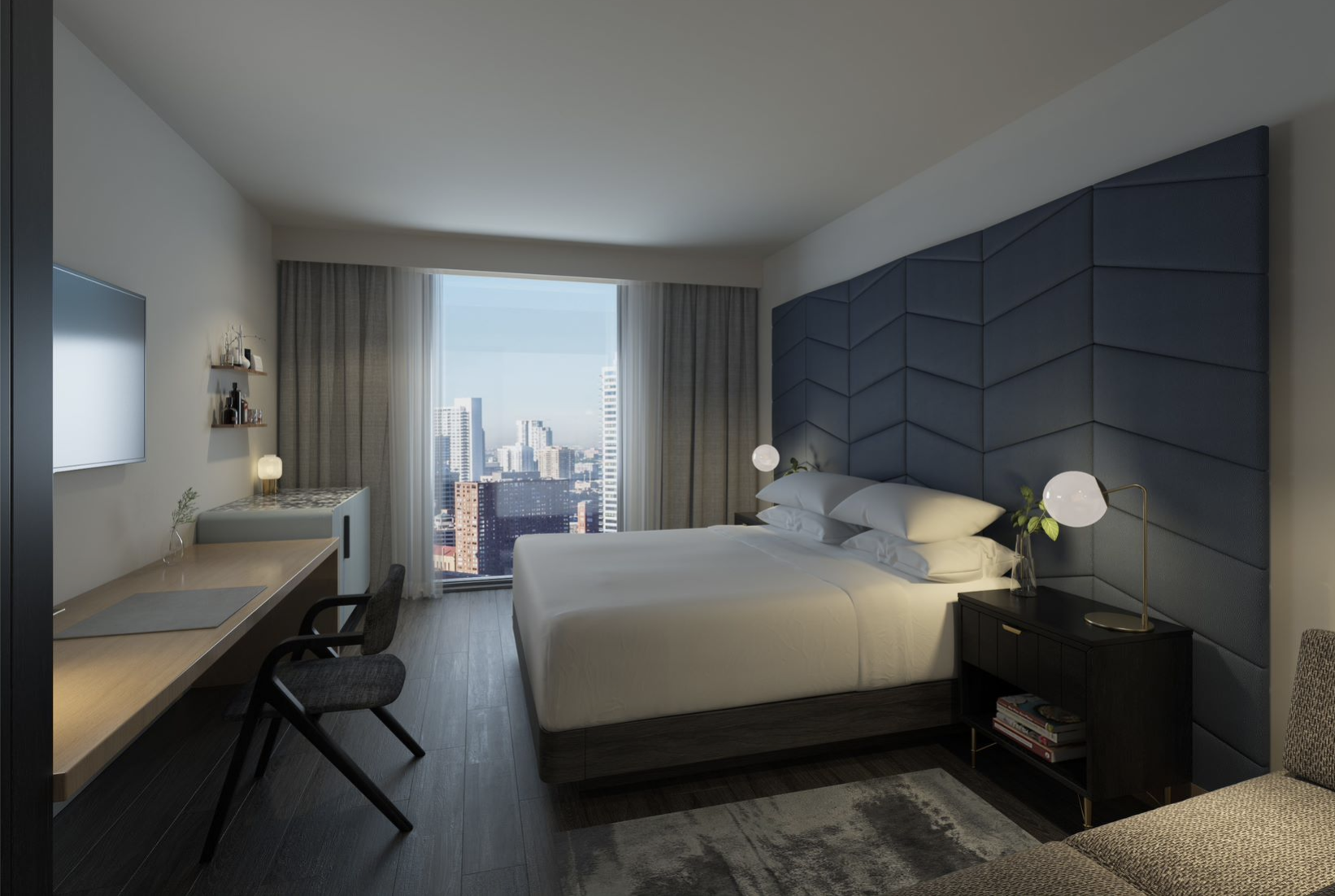