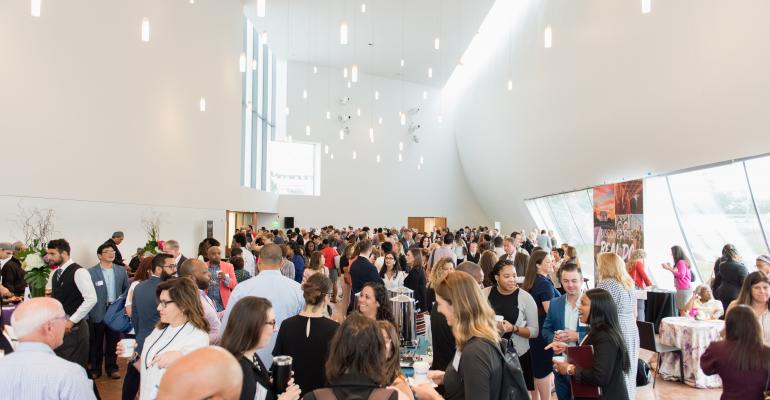 REACH at the John F. Kennedy Center for the Performing Arts is the cultural center's first major expansion in its almost 50-year history.

In Washington, D.C., the John F. Kennedy Center for the Performing Arts is opening its REACH expansion on September 7. Seven years in the making, the three new buildings and green space provide arts and event venues that are smaller in scale than most of the spaces in the original Kennedy Center building, which is approaching its 50th anniversary in 2021.

Among the rentable group spaces in the REACH expansion is the dramatic 5,000-square-foot Skylight Pavilion. The space features a vaulted ceiling, curved wall, and views of the Potomac River, and can host a reception for 426 attendees, or a sit-down dinner for 300. 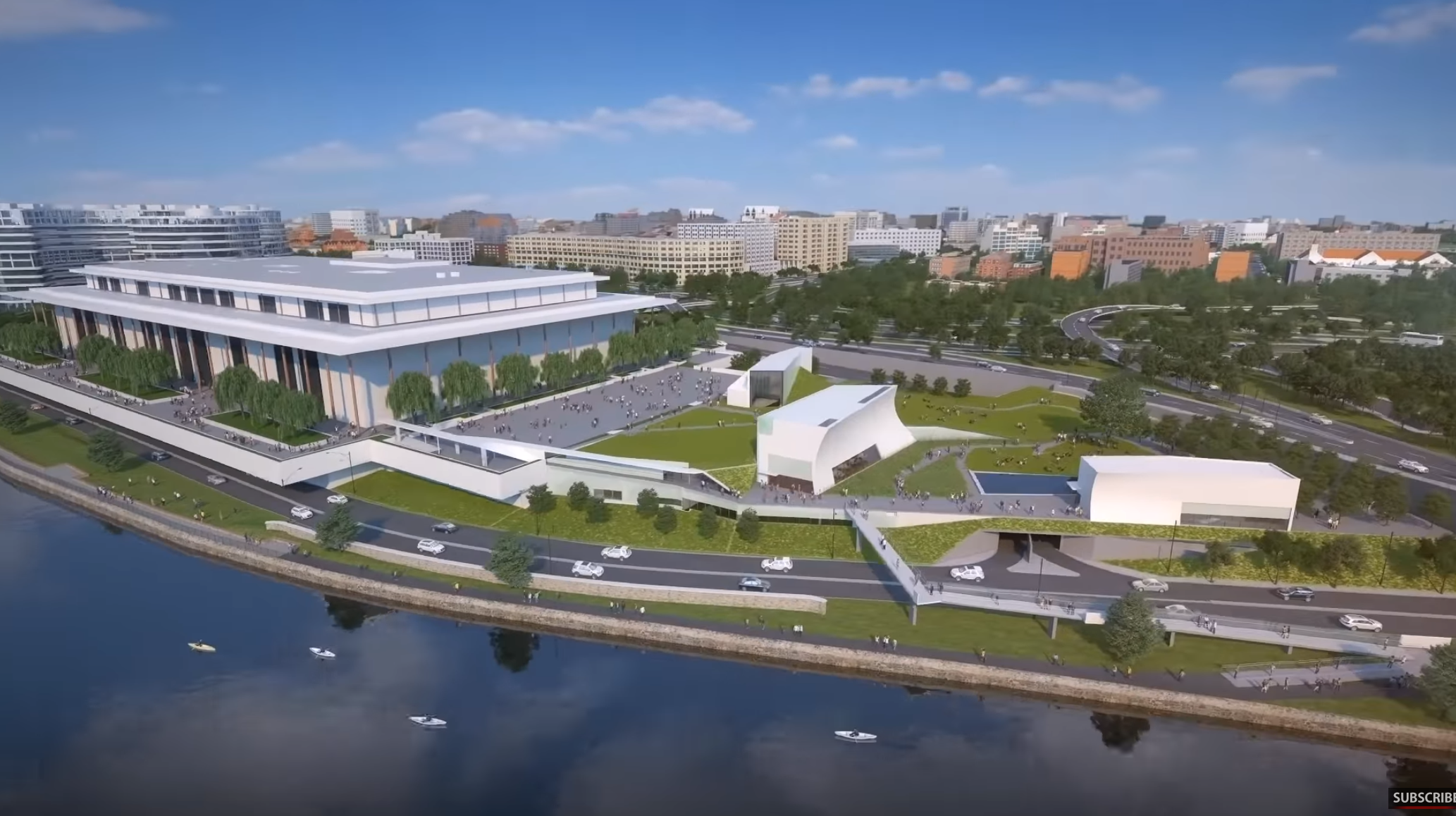 Another of its largest spaces is the 3,754-square-foot Studio K, a multi-purpose room that’s distinctive for its crinkled cement walls, blue ceiling, and viewing balcony. It can accommodate a reception of 350, or theater-style seating for 300.

Groups might also fit at the Justice Center with 144 fixed theater seats, or the smaller 1,120-square-foot PT109 Room which has floor-to-ceiling windows overlooking a reflecting pool.

REACH rentals include Wi-Fi, security, and parking. There is 130,000 square feet of landscaping and gardens, including a 35-tree ginkgo grove, walking paths, and lawns. REACH is the Kennedy Center’s first major expansion in its nearly 50-year history.