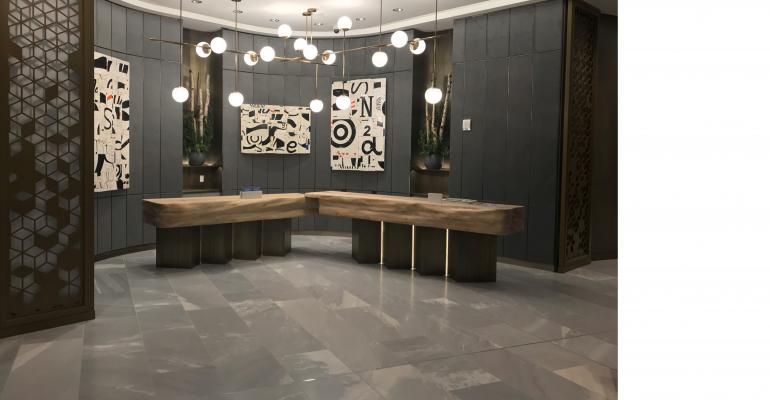 JW Marriott Skates into Edmonton, Next to Oilers’ Arena

In the up-and-coming ICE District in Alberta’s capital, Marriott opens its luxury brand.

Edmonton, Alberta, just got 22,000 square feet of new meeting and conference space with the opening of the 346-room JW Marriott Edmonton ICE District. The property is Marriott International’s first JW brand luxury property in Edmonton and its third in Canada.

The property is a key piece of the city’s ICE District, a 25-acre mixed-use development in downtown Edmonton with office and retail space, a public plaza, and condos, all situated around Rogers Place, the arena that opened in 2016 as home ice for the Oilers and the site of concerts and events throughout the year. The JW Marriott Edmonton has a partnership with Rogers Place, allowing the property to offer guests behind-the-scenes arena tours, meet-and-greet opportunities with Oilers alumni, and other perks.

The new property’s meeting space features the 8,932-square-foot Wayne Gretzky ballroom, the city’s largest, notable for its 22-foot ceilings. Like the hotel’s eight other meeting rooms, it’s named after a hockey great from the city’s professional franchise. Groups will also find a fine-dining restaurant, Braven; an all-day restaurant, Kindred Food + Drink; a cocktail bar with a patio overlooking the ICE District; a lobby bar; a full-service Spa by JW; and a fitness club.

The property is about a mile and a quarter from the Edmonton Convention Center, and about a 30-minute drive to Edmonton International Airport.