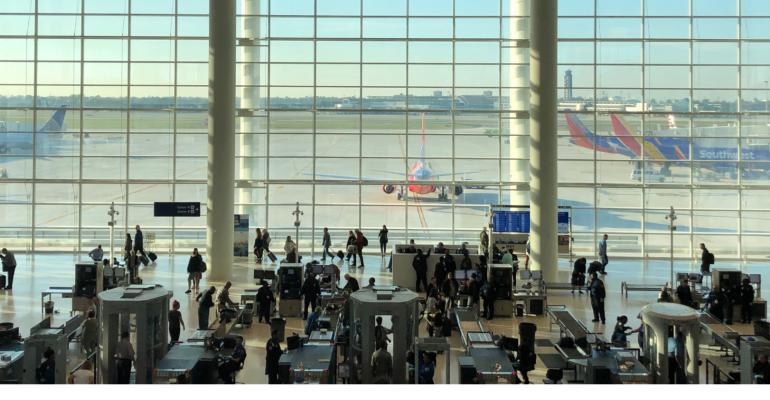 The old terminal at Louis Armstrong New Orleans International Airport will live on in films and TV shows, from 1967’s Hotel to 2015’s Jurassic World. But following a traditional Jazz funeral on November 6, it has ceased operations. In its place is the long-awaited new terminal, with 35 gates serving 16 airlines, and three concourses serving cuisine for which the city is famous.

The $1.3 billion, 927,000-square-foot terminal has food and retail outlets, including an outpost of Café du Monde offering their famous beignets, plus restaurants from renowned New Orleans chefs Emeril Lagasse and Susan Spicer.

Behind the scenes, the airport now has a modernized baggage handling system, 25 TSA screening lanes, and revamped parking with two new garages close to the terminal. The new, curved building was designed by Argentine architect Cesar Pelli, whose other projects include Kuala Lumpur’s Petronas Towers and New York City’s World Financial Center. The facility is expected to be a destination for travelers and nontravelers alike and has a gate-pass program for non-ticketed visitors to shop, eat, and appreciate the live music scheduled for two on-site entertainment stages.

For the record, the last flight out of the old terminal was Southwest Airlines 3238 to Atlanta.