Motif Seattle, once the largest independent hotel in Washington state’s largest city, is now part of Hilton. The 319-room downtown hotel reflagged in mid-January, bringing the Hilton brand to the concentration of upscale hotels within a five-minute walk of the Seattle Convention Center.

Just two blocks down Pike Street from Summit, the Seattle Convention Center’s addition that’s opening on January 25, Hilton Motif Seattle boasts 36,000 square feet of meeting and event space of its own. This includes two grand ballrooms (7,046 square feet and 5,950 square feet), both with floor-to-ceiling windows overlooking the city and each divisible into three smaller meeting spaces. Maximum capacity for the larger Emerald Ballroom is 680 theater-style. 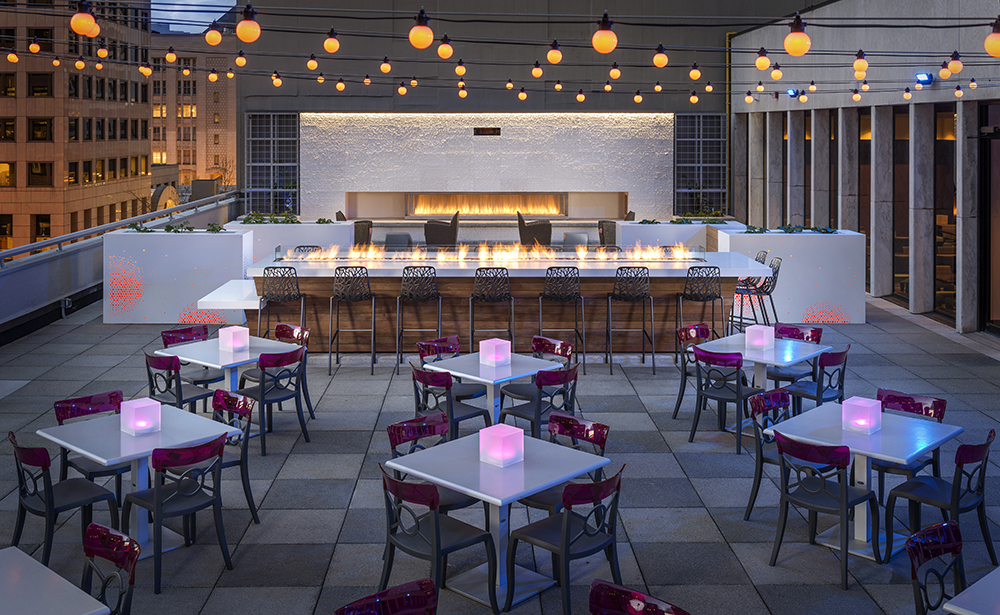 Frolik Kitchen + Cocktails, the hotel’s signature rooftop restaurant and bar, is also available for private events for up to 260 guests, with more than 4,000 square feet of indoor and outdoor event space.

In addition to being convenient for those attending events at the convention center, the hotel is within a mile of the Space Needle and Chihuly Garden. It’s also near the light-rail station for trains to Seattle-Tacoma International Airport. The drive time to the airport is about half an hour.