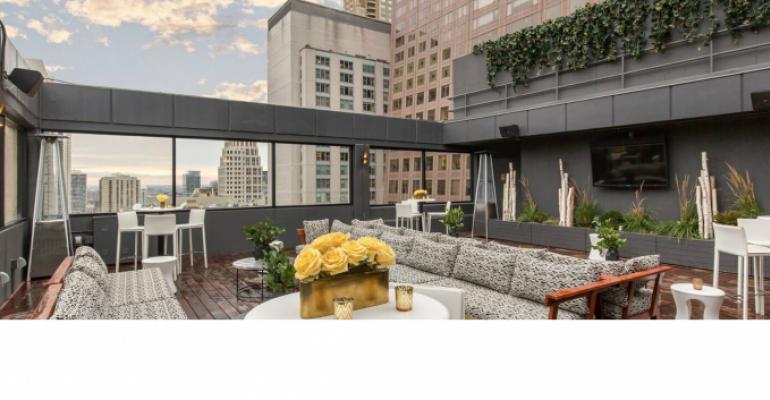 As Hotels Help Out Now, Will Meetings Face Issues Later?

During the pandemic, hotels are serving a critical function for society. But how will they assure meeting groups that they are safe to use afterward?

As COVID-19 impacts the meetings and hospitality businesses, industry associations and companies are stepping up to put some unused resources to good use. AirBnB is waiving all fees for properties that are being used by emergency responders regardless of whether or not the host is charging rent, while the American Hotel and Lodging Association has launched a new initiative called Hotels for Hope.
Hotels for Hope is a national database of hotels and other lodging properties that are willing to provide temporary housing to hospital workers and emergency personnel. Hotels can register for the program here and the database of properties will be available to the Department of Health and Human Services as well as to state and local officials.

In Chicago, Mayor Lori Lightfoot has announced plans to take over five hotels and roughly 2,000 hotel rooms by the end of this week to accommodate COVID-19 patients and people who have been exposed to the virus but have no other way to self-isolate. Patients with mild to moderate symptoms will be moved to hotels to free up hospital beds. According to the Chicago Tribune, the first confirmed property is Hotel One Sixty Six, which has 215 guest rooms and is located on the city’s Magnificent Mile, two blocks from Northwestern Memorial Hospital. The four others are Hotel Cass, Hotel Essex, Hotel Felix, and Hotel Julian; all five properties are owned by Oxford Capital Group LLC. More hotels will be confirmed as agreements are reached.

This video of a press conference with Lieutenant General Todd T. Semonite, chief of engineers and commanding general of the U.S. Army Corps of Engineers, explains why hotel rooms can easily be made into “negative pressure spaces” by using the air conditioning unit to flush air to the outside, therefore making them great spaces for protecting health workers treating the sick and for housing healthy people in self-isolation.

In Chicago, efforts are underway to retrain hotel workers to minimize contact with patients, guests in isolation, and health workers. As Lightfoot is reportedly budgeting $175 per room per night, the emergency measure should protect jobs as well as citizens fighting the disease. This is great news for the hotels and their employees as well as the greater community where hospital beds are in short supply.

But for planners, there are a couple of issues for future events. For example, if you have an event booked for later this year and your hotel is currently being used for COVID-19 relief, David J. Sangree, president of Hotel & Leisure Advisors, says to consider the following: “If the hospitals are paying a fair rate and guaranteeing a 100 percent occupancy whether or not the rooms are in use, from the hotel’s point of view that’s better business than a smaller room block.” Presumably, a meeting won’t go ahead if a city is still a virus hotspot, but no one currently knows the contracts that hotels have negotiated with the government or healthcare entities. And even if infections have died down, hotels might still hold a hospital to a contract if they are guaranteed more revenue.

Additionally, a hotel may be doing the right thing now by accepting hospital workers or patients, but will your group be comfortable staying there after the virus is under control? Sangree recommends that planners reach out to the hotel to find out what measures it will take once it returns to “civilian” use and to attendees to get a sense of what will be acceptable to them.

When contacting the hotel, Sangree suggests finding out if only certain floors are being made available for emergency health use. If so, ask for a guarantee that your group will be housed on the other floors even when the patients are gone. At the moment, the best guess for virus survival on flat surfaces is anywhere from 4 hours to 17 days. If all the rooms were in use as a hospital, your group might be less apprehensive if they arrive three weeks after the last patient has left rather than one week.
It is important not to stigmatize hotels that choose to do the right thing. But it is also not safe to assume that hotels who did not volunteer for patient use are safer. A Hotel & Leisure Advisors blog outlines why most hotels are not turning away guests who exhibit virus symptoms. It says the hotels “are basing that decision on the fact that if they do not accept the individual, the guest may go to another local property and possibly not disclose the illness.” At least this way they can manage cleaning appropriately and notify local health authorities.