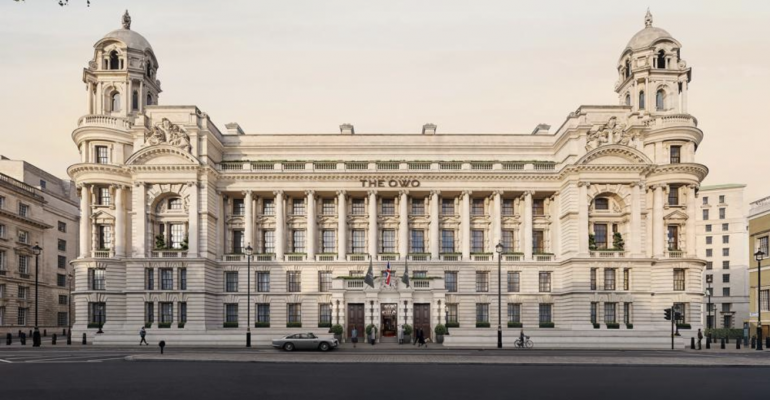 The former Old War Office building is expected to open by the end of the year as a 120-room luxury property.

While many London hotels expertly mix history and luxury, a new Raffles property is expected to be among the standouts from the moment it opens in late 2022.

The Raffles London at The OWO is a conversion of the Old War Office building on Whitehall, just a block in one direction from Downing Street, where the prime minister has a residence, and two blocks in the other direction from Trafalgar Square and the National Gallery. The 1906 property was purchased by Hinduja Group in 2016 and is being transformed into a 120-room hotel and 85 branded residences, both operated by Accor’s Raffles luxury brand. It will be the first Raffles in the U.K. and only its fourth in Europe. 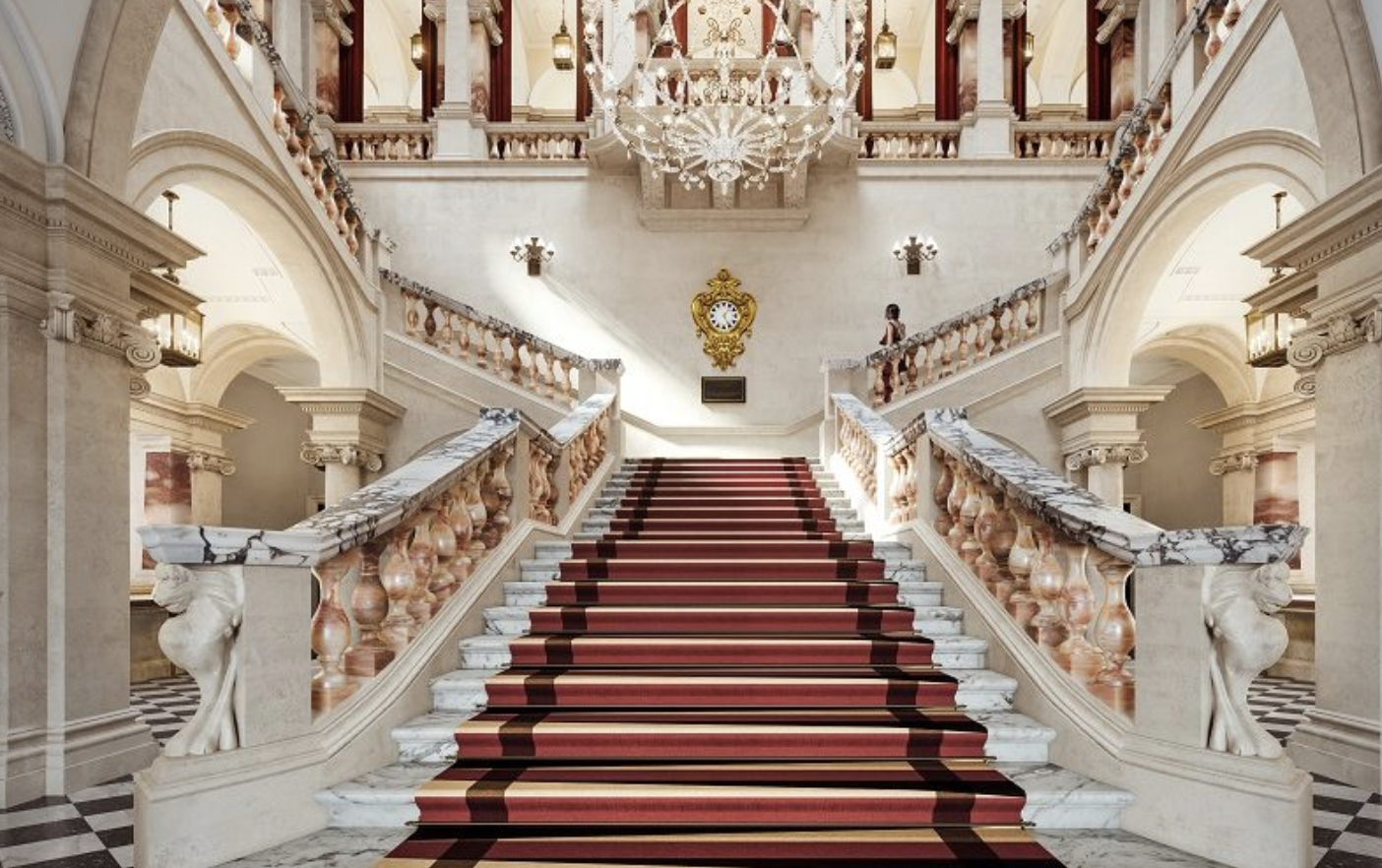 Winston Churchill once had an office in the massive baroque-style building with its four signature turrets, but it may be the OWA’s film history that grabs attendees’ attention. The building has been included in a number of James Bond films, including Skyfall, License to Kill, A View to a Kill, Octopussy, and No Time To Die.

From an events perspective, planners will be interested in its new below-ground grand ballroom, which will be able to accommodate 620 for a seated banquet. The property will also offer 11 restaurants and bars, including a rooftop restaurant and bar with panoramic views across Whitehall, The Mall, and Buckingham Palace; and a spa with a 65-foot indoor pool.

Raffles London at The OWO is about a one-hour drive from Heathrow Airport, and one hour and 20 minutes from Gatwick Airport.