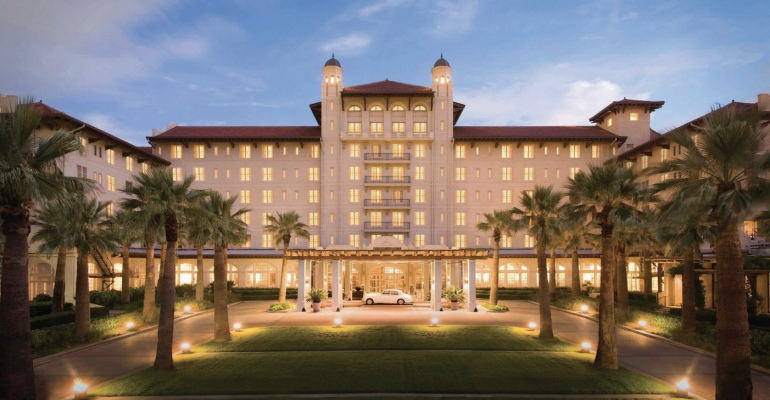 Historic Hotel on Texas Gulf Coast to be Restored

After owning two other hotels on Galveston Island, located 50 miles south of Houston, Dallas businessman Mark Wyant recently purchased the oldest hotel in the area, the Hotel Galvez, for $50 million and renamed it Grand Galvez Resort & Spa. By mid-2022, he and his wife Lorinda, a Houston native and lifelong Galveston visitor, will have invested another $50 million in a full renovation that will bring back the property’s original design and ambience from 1911. 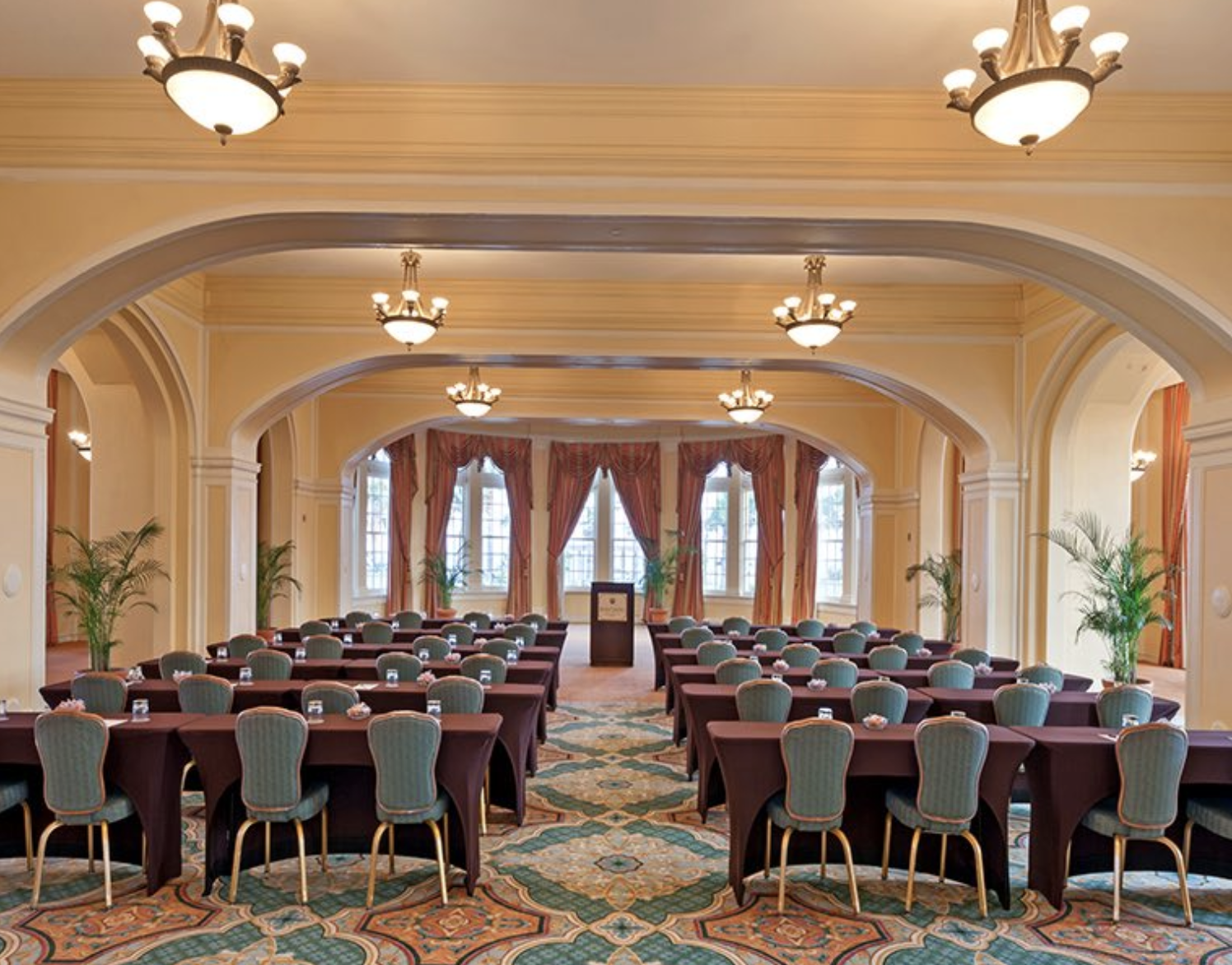 The property has more than 16,000 square feet of meeting space, including the 4,550-square-foot Music Hall ballroom (photo here), the 2,500-square-foot Terrace mini-ballroom, the 2,600-square-foot East and West Parlors, and the 2,500-square foot Veranda Room with floor-to-ceiling windows (photo at bottom). Nine breakout rooms are scattered throughout the meeting wing as well.

A Wyndham-managed property until January 2021 and now part of the Marriott Autograph Collection, the 224-room Grand Galvez will undergo structural changes to eliminate revisions made over decades. According to an article in the Dallas Morning News, the Wyants will restore the natural flow of traffic through the property while creating various live-entertainment areas throughout to revive the hotel’s original jazz-age atmosphere. 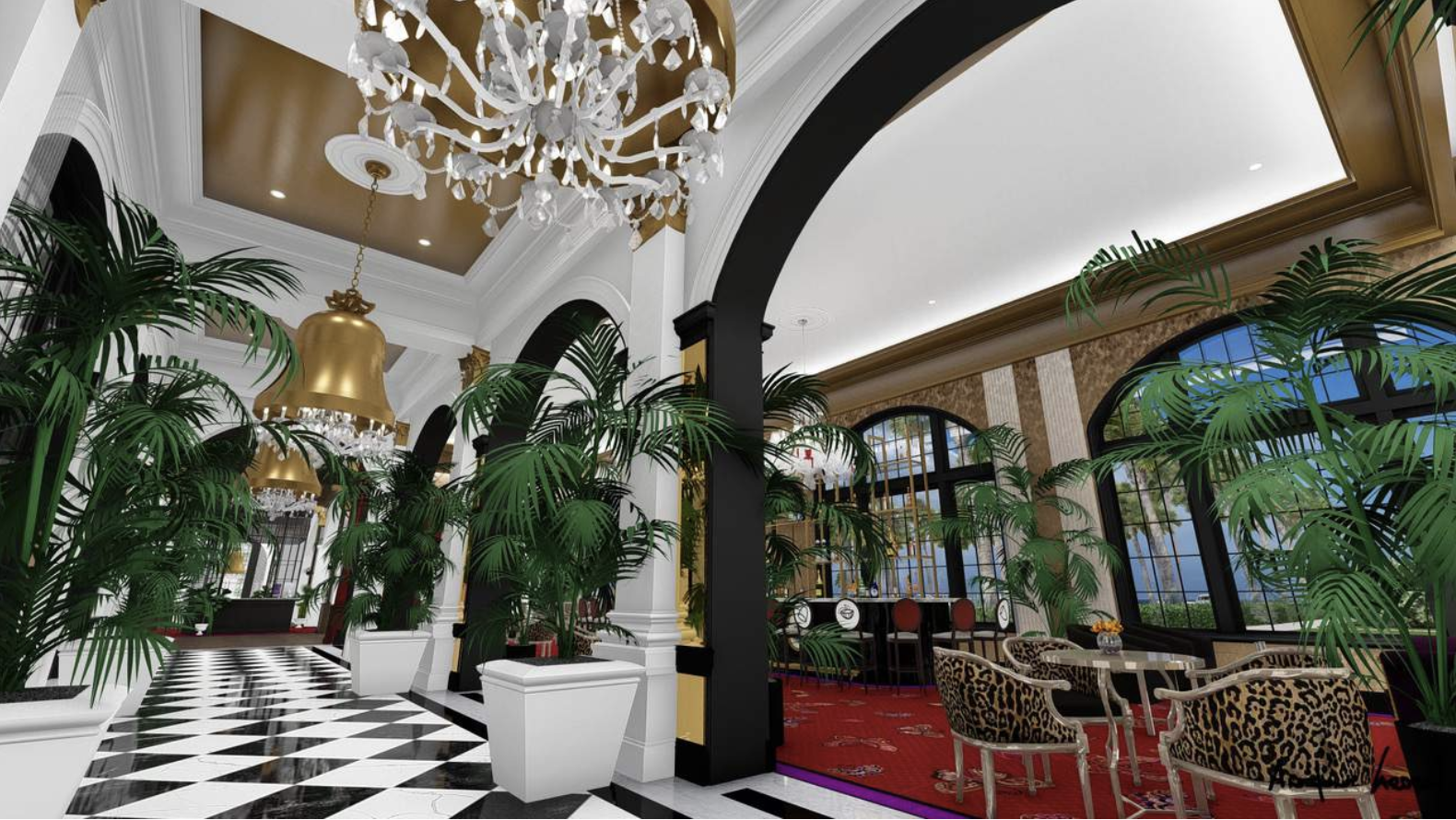 For example, one returning feature is Peacock Alley (rendering here), a long corridor between the lobby and Music Hall that was cordoned off by previous ownership to serve as small meeting rooms. “It was named Peacock Alley in the 1920s because men and women would dress in their finest evening wear and strut from the lobby to the Music Hall,” Mark Wyant told the Dallas newspaper. Work crews discovered original ceiling molding and wall trim behind sheetrock, allowing for an exact restoration.

The resort’s restaurant, Galvez Bar & Grill, specializes in local seafood served in a room featuring high ceilings and large windows. The on-site Grand Galvez Spa offers nine treatment rooms, a meditation garden, and a full salon. There is also an outdoor pool with cabanas as well as a full fitness center.

For off-site special events, Moody Gardens is a 10-minute drive from the waterfront hotel. In addition to having a 15,000-square-foot ballroom and 60,000 square feet of exhibit space, Moody Gardens offers a 3D theater; an aquarium; a beachfront reception area plus various tented spaces; and a 450-person paddle-wheeler boat that hosts lunch and sunset cruises.

Galveston is a 75-minute drive from Houston’s Bush Intercontinental Airport. 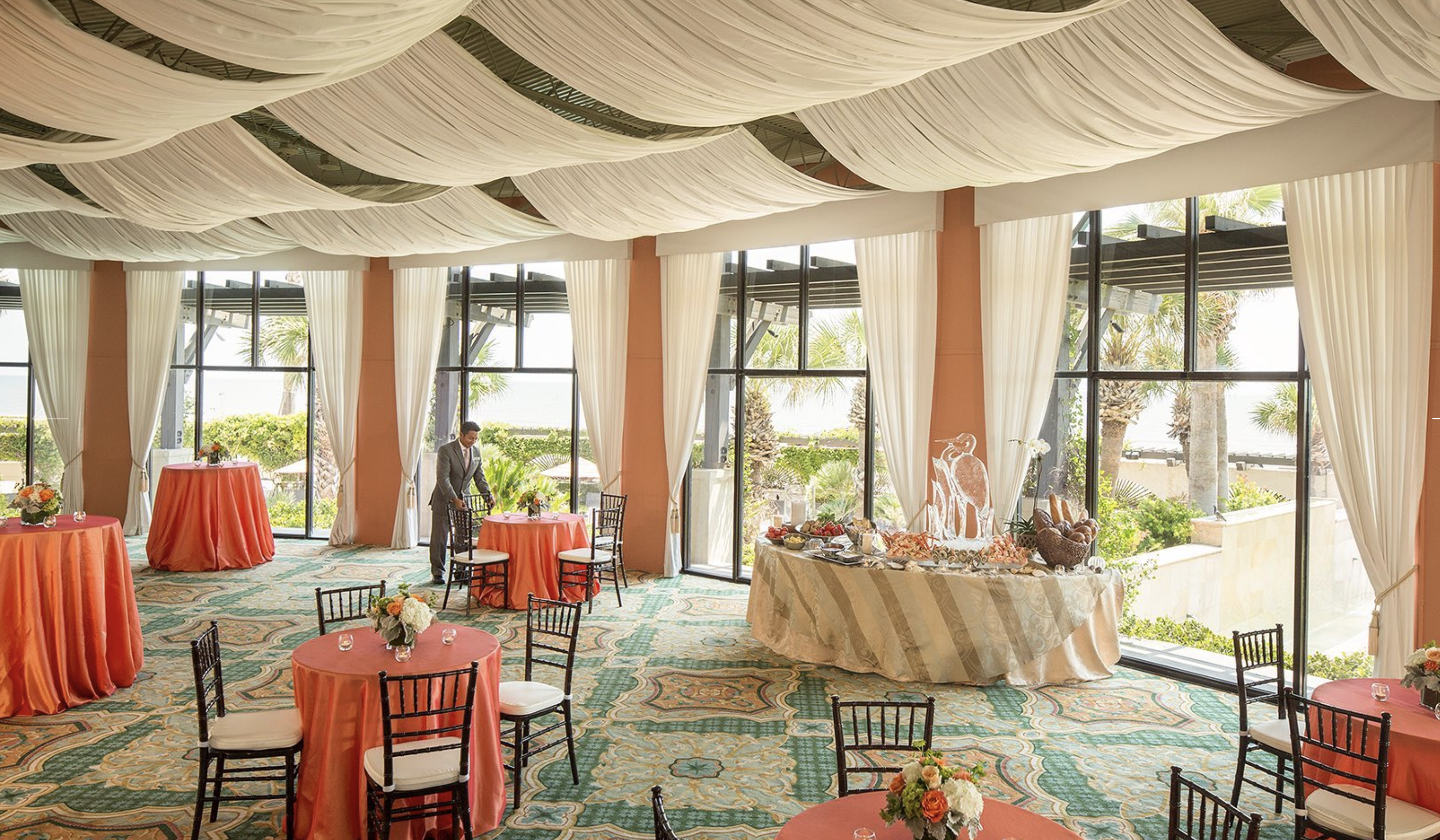 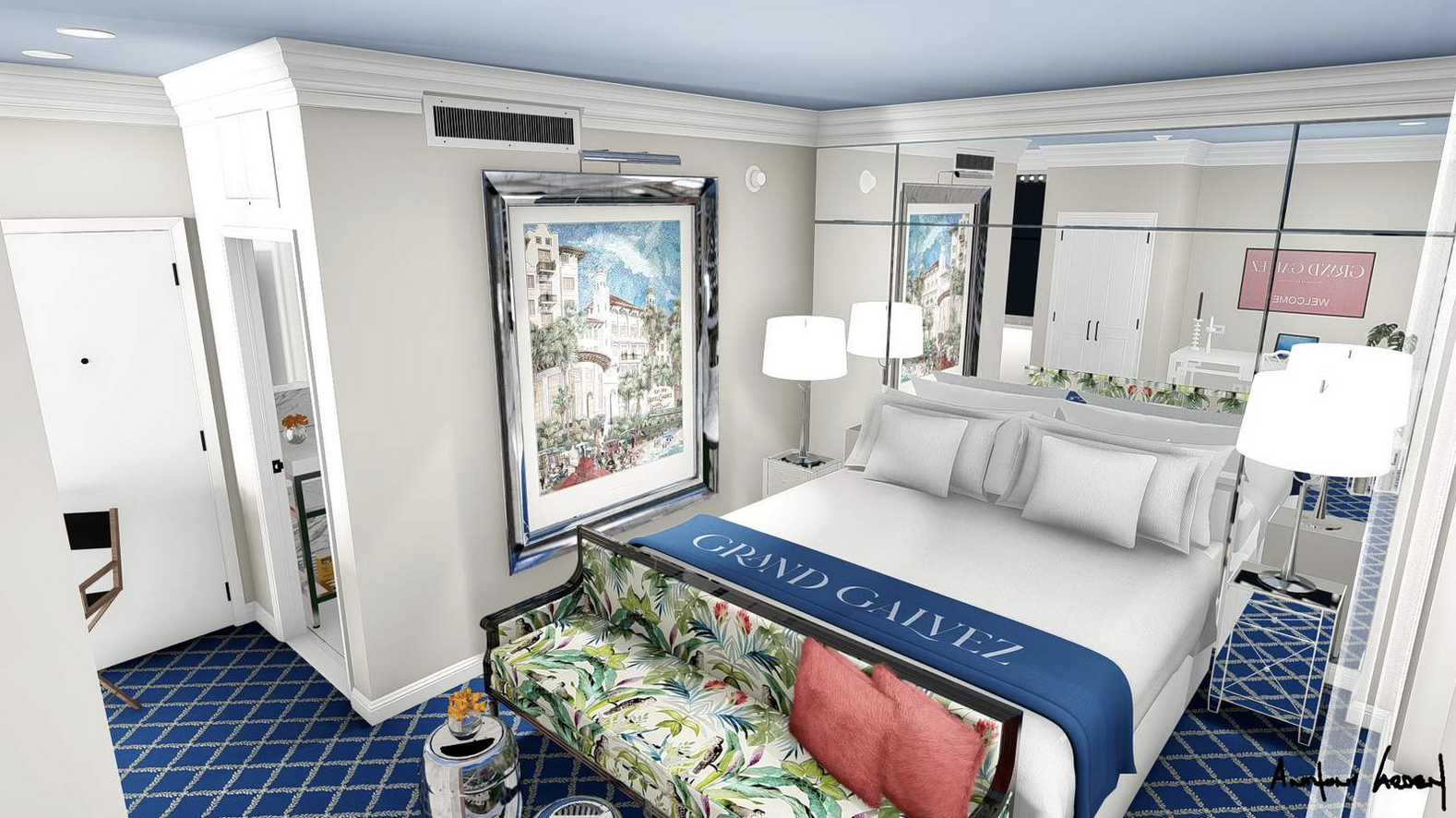