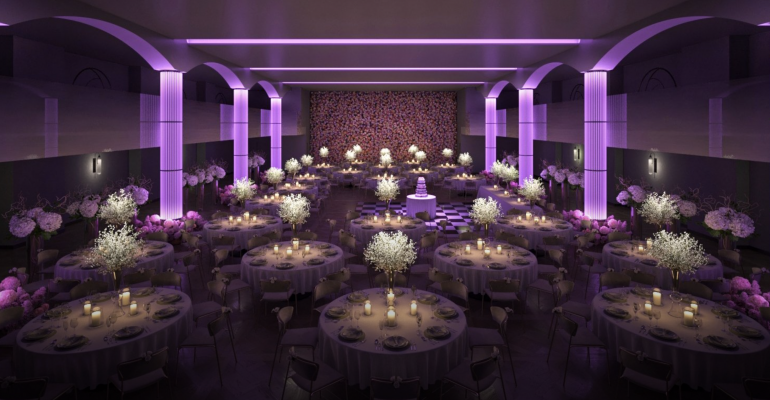 Almas Shrine, a former Masonic temple, has become The Schuyler for the corporate and association group market.

Adjacent to the 340-unit Hamilton Hotel that’s six blocks from the National Mall in Washington, D.C., The Schuyler debuted this month with 12,000 square feet of event space in a historic 1929 building. 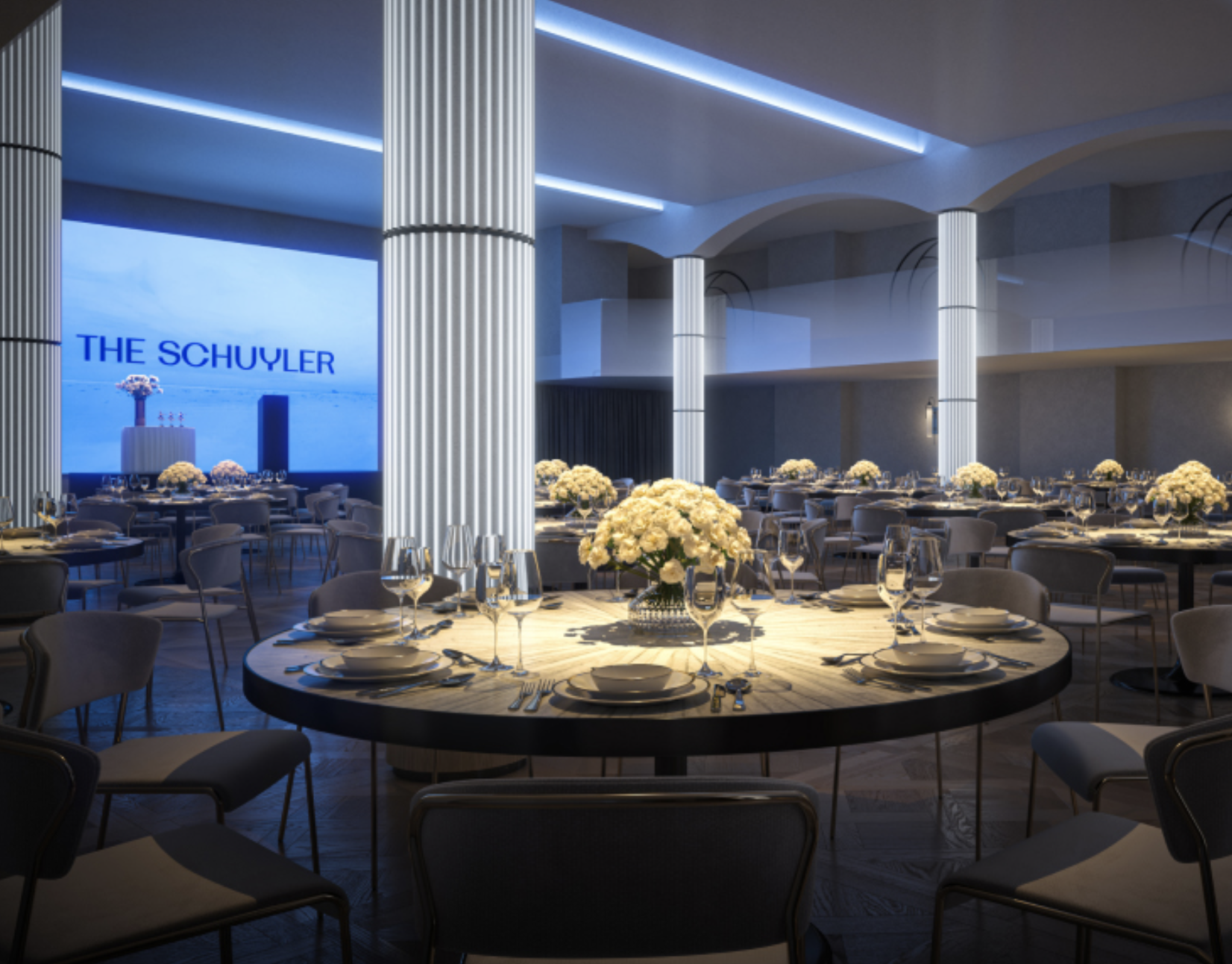 Formerly the home of the Washington Shriners, the refurbished venue strongly references its past by maintaining the ballroom’s multicolored terra cotta façade, column structure, and original flooring. New features include illumination for the columns with adjustable LED stripes; handcrafted arches set between the columns, and a custom felt acoustic panel layered on the mezzanine level. The mezzanine has unobstructed views of the ballroom floor below and brings the total capacity of the room to 1,200 reception-style. 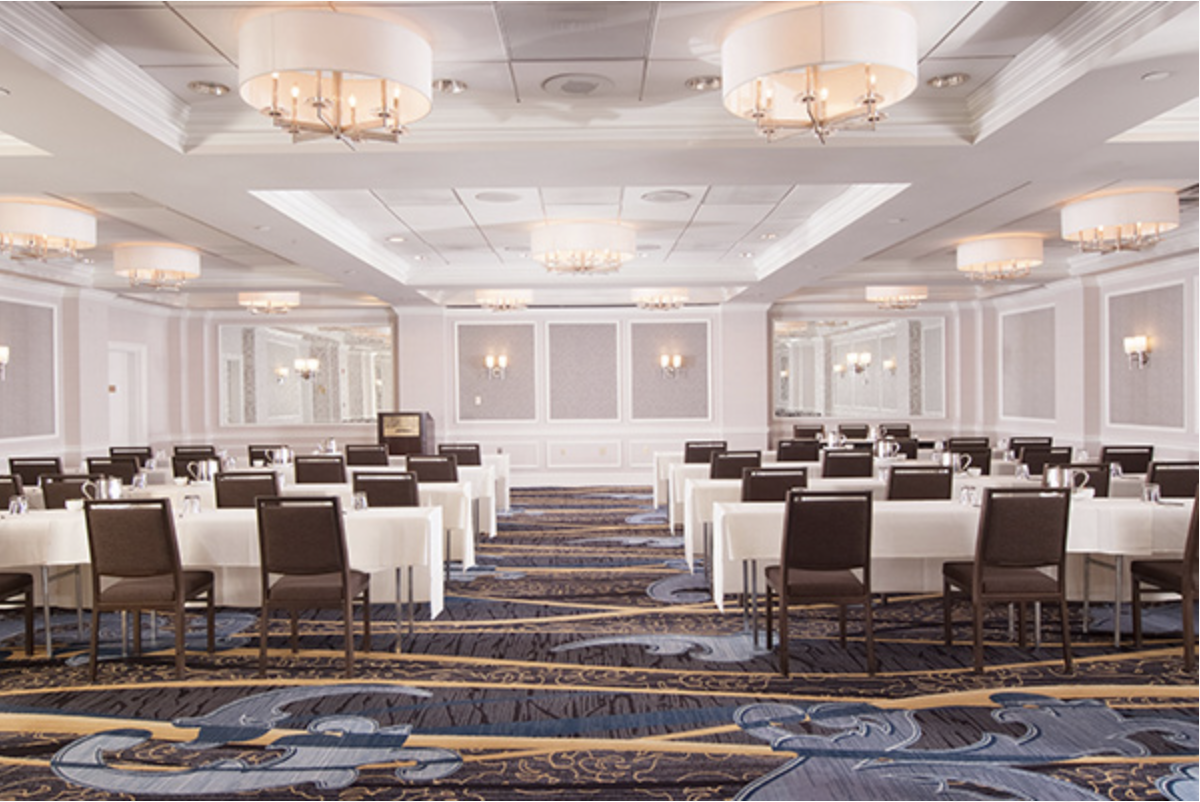 The ballroom is divisible by two, while six other breakout spaces are available between The Schuyler and The Hamilton (photo here). EOS Hospitality owns both properties.

Audiovisual capabilities have been installed at The Schuyler for the needs of business events, including projectors, monitors, and dynamic lighting. There’s also a full-ceiling sky-hook rigging system for overhead props and décor. Catering for The Schuyler is available through The Hamilton’s restaurant, Via Sophia, or through outside caterers who can use the industrial kitchen in the former temple.

While there is an entrance to The Schuyler from the street, there’s also an underground hallway that allows guests to move between there and The Hamilton without going outside. The Hamilton is also a notable building, erected in 1922 and appearing on the National Register of Historic Places. The Schuyler is named in honor of Eliza Schuyler Hamilton, wife of Alexander, and her sisters, who entertained foreign leaders and ambassadors in the late 18th century. The Broadway show Hamilton gives a nod to them with a song titled "The Schuyler Sisters."

Located at 14th Street NW and K Street, the hotel and event venue are directly across from Franklin Square Park, which is undergoing a $14 million renovation. The Hamilton (photo below) and The Schuyler are two blocks from the D.C. Metro’s McPherson Square Station. 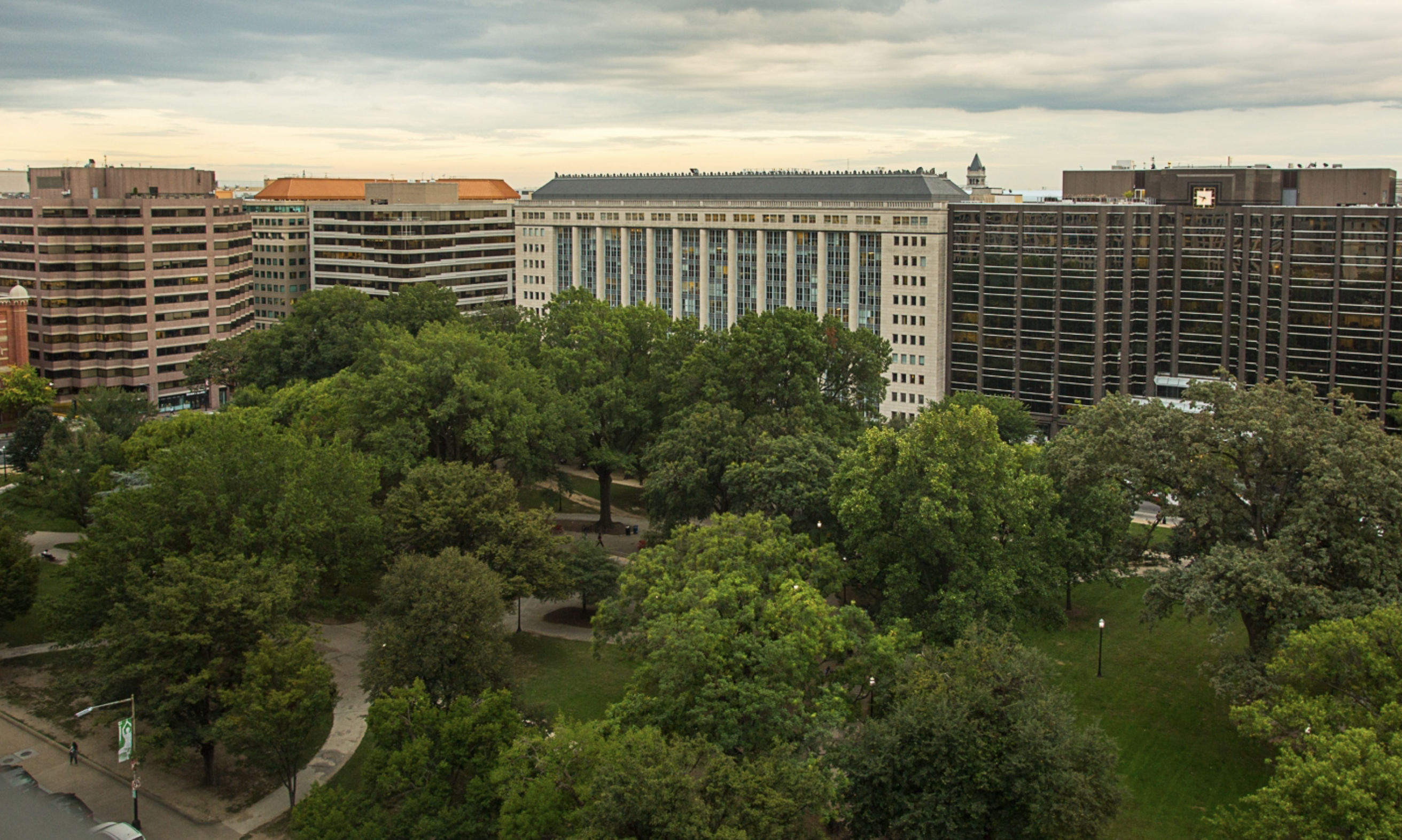