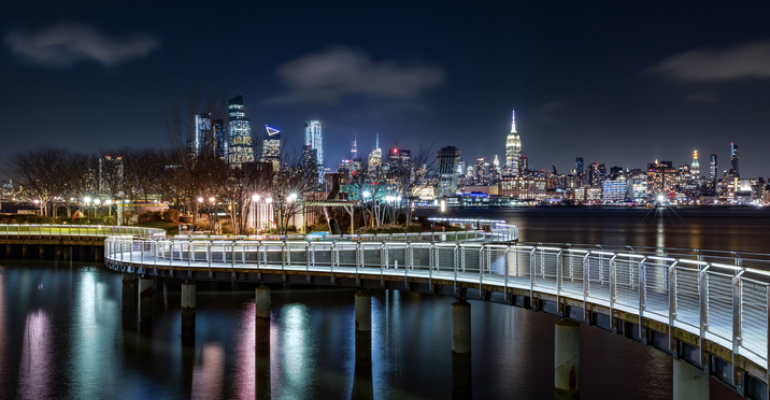 The NYC skyline dominates the view across the Hudson River from the site of the Hoboken Hilton and Pier A Park.
Destination & Venue News

On the Hudson River waterfront, overlooking downtown Manhattan and the Statue of Liberty, the Hoboken Hilton will have meeting and event space on its top floors.

After five years of legal delays, KMS Development Partners of Philadelphia has cleared the final hurdles to building a 20-story Hilton property on the waterfront in Hoboken, N.J., just 10 minutes from Manhattan via New Jersey’s PATH subway system. Construction will begin in June 2023 and likely be complete by late 2024.

The 359-room hotel will be the second business-focused property in Hoboken, after the W Hoboken that opened in 2009. Although ownership has not provided details on the total square footage of meeting space, a rendering of the Hilton (image nearby) shows that each floor will have 12,500 square feet of space and that the top three floors will be dedicated to a ballroom, breakout rooms, and prefunction space. 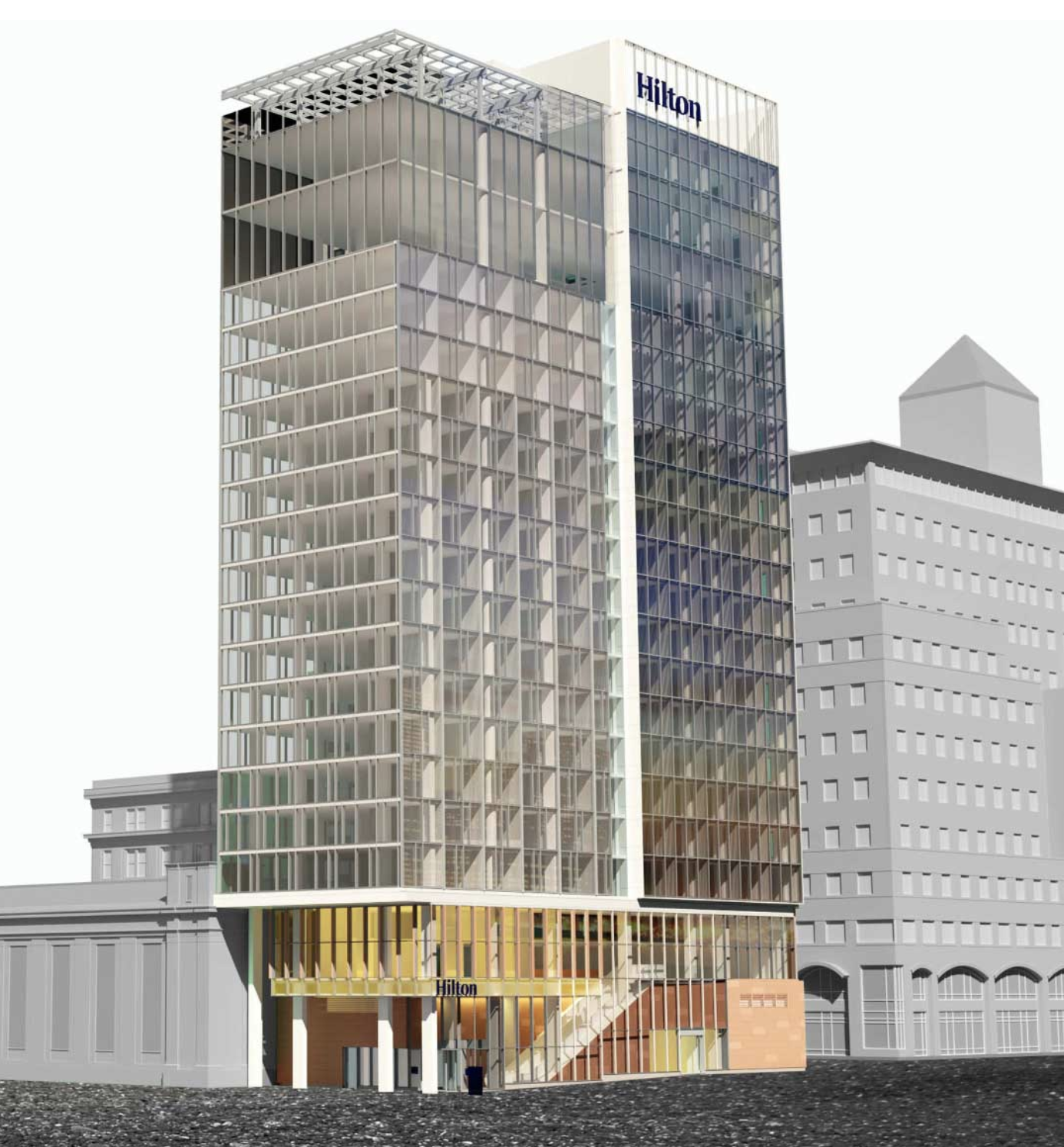 Further, the roof will have a 2,900-square-foot outdoor deck with views of Manhattan from the George Washington Bridge (10 miles north) to the Verrazano Bridge at the mouth of New York Harbor (nine miles south). Only the W Hoboken and the Hyatt Regency Jersey City are business hotels offering such a panoramic view.

For off-site events, a two-block-long public green space that juts into the Hudson River, called Pier A Park, is right outside the hotel’s doors. To connect with the park, KMS will invest $1.5 million in streetscaping, paving, sidewalks, landscaping, lighting, utilities, and stormwater control in the area around the hotel. In addition to offering its own restaurant on the second floor, the Hoboken Hilton will have a ground-floor retail restaurant in a neighborhood featuring nearly a dozen restaurants within a five-minute walk. The PATH subway system, two blocks from the hotel, takes passengers into New York’s Financial District as well as into Midtown NYC, while the terminal for Manhattan ferries is next door to the PATH station. Hoboken is 11 miles from Newark Liberty International Airport, a 25-minute drive. 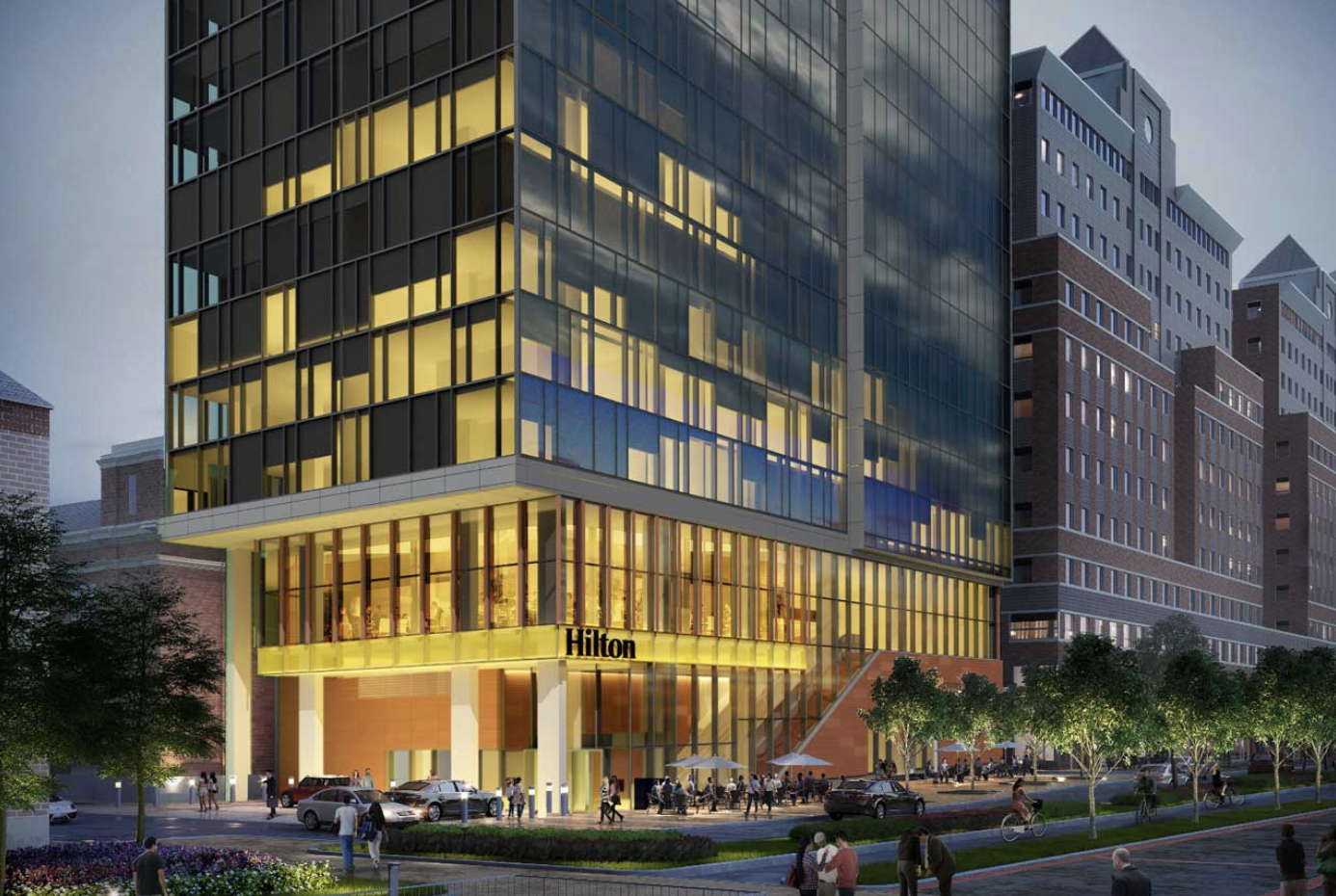