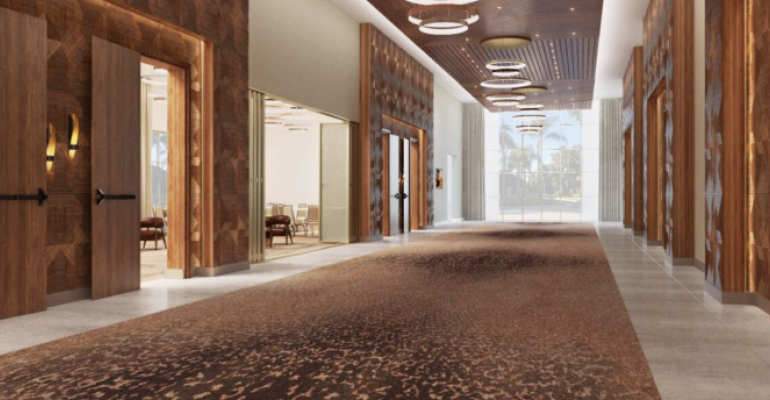 Late this year, the new property will debut with a 15,000-square-foot event center.

Cavasson, a 134-acre, mixed-used development going up in Scottsdale, Ariz., plans to open the 237-room Hilton North Scottsdale at Cavasson in late 2022.

The development, which is owned by Nationwide Realty Investors, will have 1.8 million square feet of commercial office space, including a multi-story office building housing Nationwide Insurance. When complete, there will also be 1,600 residences, as well as retail space and restaurants. The project has been under construction since 2019.

The six-story Hilton will include a 15,000-square-foot event center with seven meeting rooms, the largest of which will be 5,320 square feet. The property will also offer a rooftop executive lounge, a bar overlooking the McDowell Mountains, guest rooms with balconies, and an outdoor swimming pool

Sally Shaffer, who has spent nine years as a general manager for Hilton in the Phoenix and Scottsdale markets, most recently at the Boulders Resort & Spa, has been named general manager of the new property, working alongside another Hilton veteran, Susan Baer, who will serve as director of sales and marketing.

11 comments
Hide comments
RECOMMENDED FOR YOU