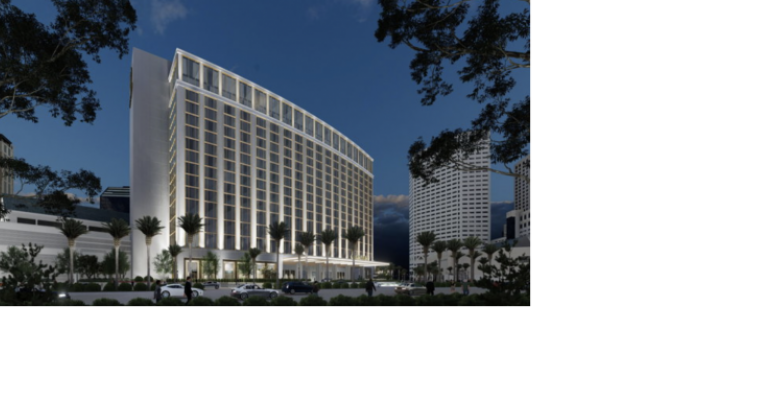 Rendering of the new hotel tower at what will be the 790-room Caesars New Orleans come early 2024.
Destination & Venue News

The only land-based casino hotel in the Big Easy, Harrah’s New Orleans will add a second guest-room tower and undergo a refurbishment of the entire property, including its 47,000 square feet of meeting space. The result will be an early 2024 unveiling of the new Caesars New Orleans. Total cost of the project: $325 million. 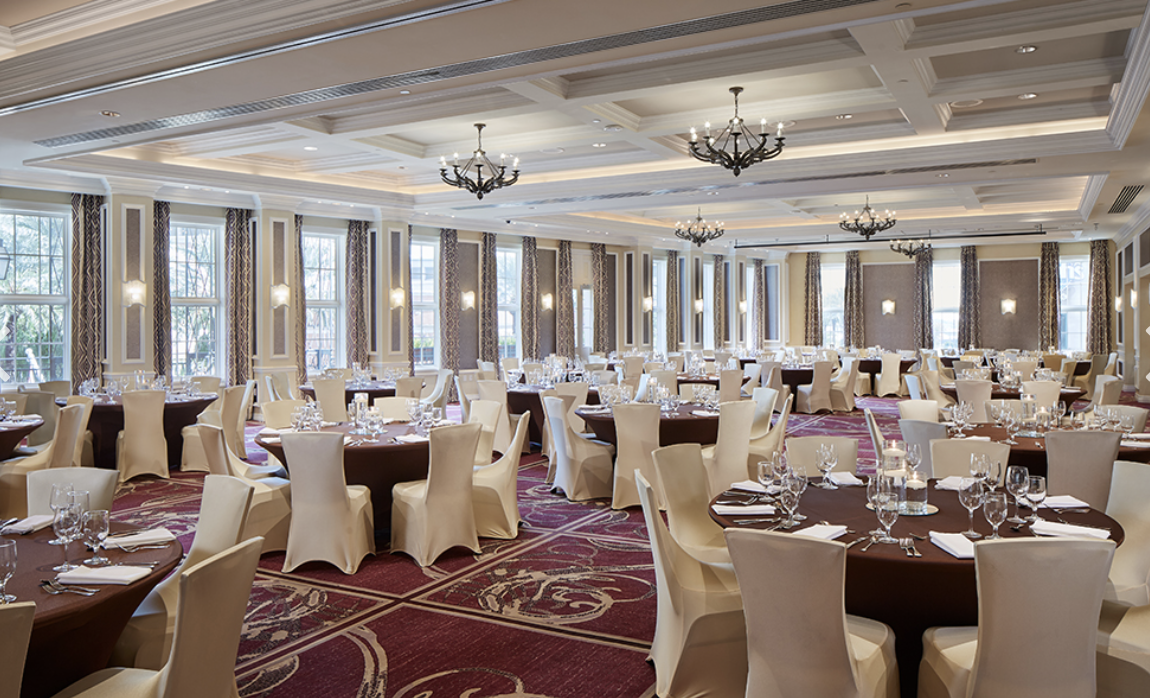 The 115,000-square-foot casino opened in 1999, while the original 450-room hotel opened in 2006 across Poydras Street. Now, a 340-room tower is being built above the casino while several new restaurants are coming to the public space. Further, the property’s 47,000 square feet of event space will be modernized and upgraded. That area includes the 4,100-square-foot Vieux Carre Ballroom (pictured here) that’s divisible by two and features an outdoor balcony overlooking the 21,000-square-foot Fulton Street Promenade. The Promenade itself can be used for a reception or special event for up to 2,000 people. There’s also an ornate 520-seat theater plus six breakout rooms ranging in size from 355 to 1,436 square feet. For special events, the Masquerade Club is a 5,100-square-foot lounge with a 42-foot media tower that can project a sophisticated light show throughout the space.

The property is on the eastern edge of the French Quarter, on the same block as the 400-room Le Meridien New Orleans and the 285-room Loews New Orleans. It’s two blocks from the 1,700-room Hilton New Orleans Riverside and the Audubon Aquarium of the Americas, and six blocks from the Ernest N. Morial Convention Center.